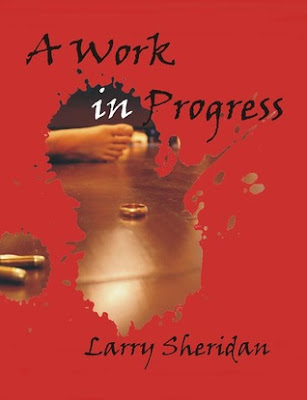 You have an interesting website as well that has some good graphics in it. It makes me think of the beginning graphics in Covert Affairs.
Thanks, I appreciate that.  I like the show and see what you are talking about but I designed the website prior to my watching the show.  Glad you like the website though – it could still use some additional work…a lot of additional work actually but either way it is something I did on my own so I’m continuing along the learning curve with it in the best way that I can.
You’ve also written a book of short stories. How did that come into being?
Short stories are challenging in that you have to create the scene, describe it then write the story and finish.  You don’t have the ability to add another chapter to help flesh out parts of the story that were lacking.  A short story is sort of a sprint while a novel is more of a marathon which would mean that the novella is like a mini-marathon.  I wanted to see if I could be a sprinter as well as a marathoner.  Some people like the short stories better than the novel.  I had hopes the short stories, at 99 cents for the digital copy, might be a way to increase my audience for the novel.
I will have a print copy available but the cost will have to be a bit more, so I will probably add another couple of stories to it.  In fact, I’ve already done them but am just waiting to get all the editing done.
What other works do you have in progress?
I am working on a sequel to A Work in Progress but don’t want to give the title as it might give something away with the book.  The story is designed to become a series of stories so I am excited about getting that done.  I was about 1/3 of the way through but then I think the story changed on me, so I’m having to go back and regroup before I can bring the story forward.
That’s it for today’s interview. Here are some helpful links to learn more about Larry and his writing…
For his webpage click here.  For his blog, click here.
Larry's Facebook click here To buy the book on Amazon click here.
Find him at Goodreads here,  Smashwords here and Twitter
Posted by Christine L.Henderson at 7:00 AM