Write Your Story, Then Get an Editor: Author Interview with Susan Lyttek 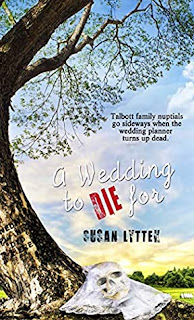 What made you decide to write your first novel?
A character grabbed me.

Was that one published or is it hidden away like many authors first novels are?
It is completely written. Was contracted once. But as yet it is unpublished. It is a YA fantasy called Prophet Warrior. It is the first of a trilogy. Was told that if I had books 2 and 3 written it would publish faster. Book 2 is about a third done and Book 3 is outlined.
How did you go about finding an agent/publisher?
I have been agented twice. First time for only about 6 months. Second time for several years. Neither resulted in any sales. I did make some good writer friends as part of the second agent's group and I am still friendly with him.

Did you go to conferences?
I met publishers and editors at conferences and built relationships and sales from that. That's how I got into Guideposts for Kids (eons ago when it existed as a print magazine). More often, the process has been less definable.

For instance, I met the publishers of The Old Schoolhouse (a homeschool magazine) at an education conference. I talked about a couple of ideas, but nothing fit. Later, they had a magazine offshoot that was more about natural living and since my ideas had been along that line, they contacted me to write for that one. 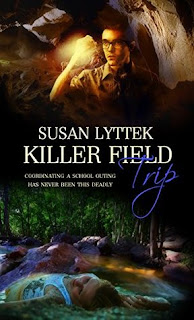 How long did it take to get that first book published?
The story of Homeschooling Can Be Murder (the first mystery in the series) of getting to publication is kind of interesting. An aquaintance at one workshop told me that Barbour was looking for mystery series ideas for their subscription service. I contacted them and pitched my idea. They said they would go with it.

Two weeks before my draft was due, they discontinued the service. So I had a mostly written book with no where to send it. Less than six months later, another friend forwarded me an email that Pelican Book Group was looking for mysteries. I sent it in and they accepted it within 2 months.

I see you’ve been part of two books that are anthologies with other authors. How did that come about?
The analogies came about because I enter contests. Those books are a result of that.

What is the hardest part of writing for you?
Before I tried to publish books and short stories, I wrote poetry and drama. So dialog and action come easily. Description? Not so much. Because I have issues with it, I have taught it in every writing class I've offered. I also have my early readers put marks wherever they can't visualize the scene.
What does your editor remind you to do most often?
The crazy thing about working with editors is that they almost always criticize the same things I comment on when I work with students. I think that makes me more agreeable to changes because it's what I would recommend anyway.

What’s the best encouragement you’ve had in your writing?
Encouragement always seems to come when I need it. Recently, an elderly woman who is my prayer partner said mysteries hadn't kept her attention so well since she read Agatha Christie as a teen. Then she said she was praying for all my future projects and couldn't wait to read whatever I wrote! 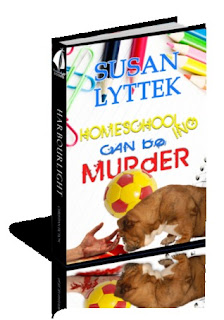 We have all experienced writer's rejection. How have you learned to write past it.
Rejection is a strange beast.Sometimes it rolls right off my back. In June, I sent the latest installment short story to my favorite online magazine. It was going to finish off the series they've been publishing and wrap up all the loose ends. They rejected it.

I broke down and was a wreck. I didn't read anything else. My hubby, who read the rest of the email, said they actually wanted me to break it into two stories instead of one and everything was very complimentary. I understood that intellectually, but I still haven't had the fortitude to read that email or look at how they want me to change the story. To me, that was the bow on it all and it felt complete. Someday. I know they meant well.

What has surprised you the most in writing/publishing?
Maybe that as sporadic a writer as I am, I would generate such a long list of credits. I generally write something every day, but it might only be a short poem or it could be fifty pages. I'm not as consistent as many authors I read about. I'm also not as linear. I might write the epilogue today and chapter 4 tomorrow. I might work on a Christmas novella today and a devotional tomorrow. But somehow a fair amount of things end up getting done. A lot of stuff (including some of my favorites) still aren't, but it still amazes me how much is.

What do you know now about writing you wished you had known sooner?
The above, the way I'm wired, is okay. I took a writing class from a prominent writer in the 90s that basically said the way that I work leads to failure as a writer. So I tried to do it her way, failed abysmally and stopped writing anything longer than 1,000 words. I did a lot of greeting cards in those days.

What is the best writing advice you’ve received or could give?
The best advice? If God calls you to write, then write. This doesn't mean write in a vacuum (we all need editors!) but don't buy into the method teachers. We are created in a myriad of ways. 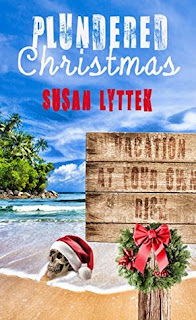 What is the next book coming out?
I'm currently at work and under contract for a 6-book YA fantasy series. I'm nearly done with book 5. When book 6 is submitted, my publisher will start releasing them. So nothing to promote at the moment. Though I am willing to offer a free paper copy of any of the below mysteries to one reader of your blog who comments.
Thank you for that! So, readers add your comments before next Monday and maybe you'll be the lucky winner. Since I just finished her book, Plundered Christmas, I would recommend it as your choice if you win. If you're not the winner, buy it anyway. It's a delightful read about an unexpected Christmas vacation a family spends on a private Caribbean island that includes a treasure hunt and solving a murder.
To learn more about her books or writing classes, check out these links.
Website: https://sajlyttek.com/
Facebook: https://www.facebook.com/susan.lyttek
https://www.facebook.com/SusanAJLyttek
Twitter: https://twitter.com/SusanLyttek
LinkedIn: https://www.linkedin.com/in/susan-lyttek-658638a/
Posted by Christine L.Henderson at 7:00 AM 10 comments: