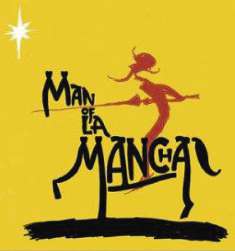 It's the start of a new month which means a new blog chain theme. As it is also the start of a new year, what better start could there be than to have a quest. When I heard about the topic, I couldn't help but think about the song from The Man of La Mancha called "The Impossible Dream." This song has a special meaning to me as it is part of my history as a youth.

The tradition in the elementary school I attended (which went from 1st through 8th grade) was to have a graduation breakfast honoring those who would be completing their schooling that week. This event was hosted by the 7th grade and included a program of readings and songs. The year I was part of the host group we sang "The Impossible Dream" for the soon-to-be graduated 8th grade. Our teacher changed some of the words to make them more specific to the class but now I only remember the original words which I am including below that were written by Joe Darion.

This is my quest, to follow that star
No matter how hopeless, no matter how far
To fight for the right, without question or pause
To be willing to march into Hell, for a Heavenly cause

And I know if I'll only be true, to this glorious quest,
That my heart will lie will lie peaceful and calm,
when I'm laid to my rest
And the world will be better for this
That one man, scorned and covered with scars,
Still strove, with his last ounce of courage,
To reach ... the unreachable star

It wasn't until years later when I saw the musical that I got the full impact of what the song meant. It totally floored me that someone (the character) in that situation could hold onto that quest. I'm not going to spoil it for you and give you the answer. You need to see the play itself or find the movie to rent. I know it will give you plenty to think about as to what you hold important and having meaning in your life.

What is your quest for the year? Have you even stopped and considered it? If not, put a little extra meaning into your life this year and consider that weighty question as to why you are here inhabiting your spot in life. Is it time for some changes or new grow spurts? There is no time like the present to start.

Hope you will take some time to read about other quests by my fellow writers as part of the blog chain to the right.

Email ThisBlogThis!Share to TwitterShare to FacebookShare to Pinterest
Labels: blog chain, the impossible dream, the quest