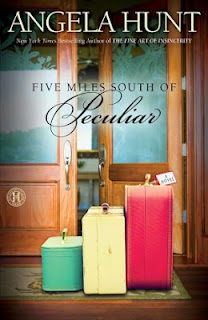 I am privileged today to be doing an interview with the much honored author, Angela Hunt. She has been the recipient of the Christy-Award, several Angel Awards from Excellence in Media, and the Gold and Silver Medallions from Foreword Magazine’s Book of the Year Award. Romantic Times Book Club also presented her with a Lifetime Achievement Award in 2006. To date her books have sold nearly four million copies worldwide (with more to come!) She has written everything from picture books, to biographies and novels. She also teaches writing workshops at schools and writers’ conferences. Today you don’t have to travel anywhere to learn from her, you just have to take a few minutes to relax and read the interview below.
I am in awe at the number of books you have written and how you can easily move from different fiction styles to biography. When did you publish your first book?
I started writing in 1983, but wrote "small" things for five years before I even thought about publishing a book.  I've met very few people who can write a polished book right off the bat--you have to learn the craft, and I learned it by writing for magazines, commercial copy, etc.  Fortunately, I was earning while I was learning.
Part of your writing includes the romance genre. I’ve been reading contemporary romance for decades and the style keeps evolving. How do you keep the writing fresh and contemporary?
A romance is, by definition, a story in which the primary plot is concerned with boy meets girl, boy loses girl, boy wins girl for good.  And actually, I've only written one romance:  Gentle Touch.  Most of my novels are women's fiction, and while there may be a romantic thread, the story is not really about the romance.
At least two of your books have been made into Hallmark movies – The Note and The Note 2. Tell my readers about those stories. 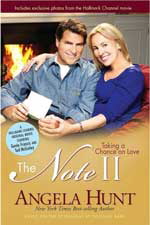 The Note is a story about a woman coming to grips with her past and her anger at her father, and it's all a parable.  (It's actually a new take on the Prodigal Son story, but this is a prodigal daughter.)  Yes, there's a romantic thread, but that's not at all the focus of the book.
How did the movie come about? Was the book optioned for a movie or the movie rights just bought outright? Would you get residuals for that?
My book was optioned by a small film company and for five years they tried to raise the money to make it a feature film.  That didn't pan out, but one member of the team sold it to another group, who sold it to Hallmark . . . and the movie was nearly finished by the time I found out about all the ways the rights had changed hands.  The movie rights were purchased outright so I won't be getting any other payments

How much input if any did you have in the screenplay? Did you like how the movies turned out? Did the movies give a strong bump to the book sales?
As to the movie, I had very little input into the script.  I did like how the movie turned out, and I think the movie probably did help book sales, but not by a huge amount.
Do you ever write stories and try to figure out who would play the characters in the movies?
And, LOL, while I do "see" my characters, I rarely think of the books as potential movies--other than the movie playing out in my head, that is.  From novel to movie is a looooooong shot indeed, and few novels make it. I'm amazed that one of mine did. Had to be a God-thing.

Several of your books are collaborations with other authors. How does that work? How are the writing duties handled?
Each of my co-written novels was a different experience.  Three of them were collaborations in which I did all the writing, but that isn't my favorite method.
In all the others since, I've partnered with writers who actually do half of the writing.  And yes, one of us usually has to put on the editor's cap and meld the two halves together.  We outline together, then do our individual stories, then mesh the two. You almost have to work on a strict timeline and small cast of characters in order to keep from pulling your hair out.  Oh--and we almost always initiate the process, not the publisher. 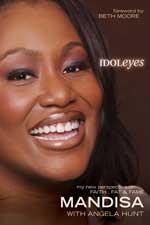 You’ve also done several biographies of people who have achieved a bit of fame and are given co-authorship with you. How do you gently walk through people’s lives and get a story that will resonate with the reader?
Everyone has a story, but celebrities with stories usually aren't writers, so the publishers buy the celebrities' stories and then the writer is contracted.  I'm hired after the fact.  Each book is different, but the subject and I usually interview for a couple of days up front, then I write a draft, then we get back together and revise/edit/polish/and correct.
We're usually telling a single story, not writing a biography of someone's entire life.  You only include backstory as it relates to the story being told.  For instance, in my book with Mandisa, we focused on her American Idol experience. In my book with Deanna Farve, we focused on her bout with breast cancer.
You’ve also written historical fiction ranging from the Old Testament era, to the Middle Ages and early frontier days of our country. Do you do your own research or do you have an assistant who does that for you?
I enjoy research--which is probably why I like writing historical fiction--and I have to do it myself, because I have to get the information out of books and into my brain and I don't know any other way to do it.  Plus, I don't think an assistant would feel that "zing" that tells me that's a great tidbit to work into a story line.  Have to feel that myself, too. 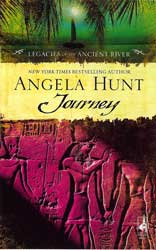 Do you have one time period that you especially like to write in?
I like all time periods, because it's not the time that's important--it's the people who lived in that time.  People are basically the same no matter when they live, but when you take human nature and put it in a specific difficult situation--like a strong-minded woman during the Civil War, for instance--then you have the potential for an interesting story.  Stressful time plus human nature plus skillful writer equals good historical fiction.

Do you think there will always be print books? Or do you think it will all go digital?
I believe that print books are here to stay, but I also believe that "print runs" will grow much smaller as digital sales increase.  We'll just have more buying options.  And yes, the eBook movement has been revolutionary for the publishing industry.  It's great in one way because books now never go out of print, which means veteran authors like me can resurrect our backlist and actively sell it.  We can also write books we're passionate about for limited audiences (example:  my book on SNAPPING SHELTER DOGS, about using your camera to help shelter animals find loving homes, was just published on Kindle.  That book would have cost me a fortune to self-publish in paper because of all the color photography, but all it cost as a Kindle edition was my time and effort.
How do you feel the digital market has changed the publishing industry for the better or worse?
The downside is that the market is now flooded with writing from folks who haven't studied the craft or polished as much as they should have, so there's a lot of not-so-good material out there.  At least we readers can usually get free samples before buying. :-) 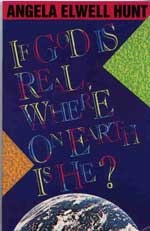 Since you’ve written for several different publishers, what would you tell new authors to expect from a publisher’s contract that they need to be aware of?
Entire books have been written about that question, you know.  :-)  Basically, I'd tell them to have the contracted checked by an experienced agent.  There's no way a beginning writer could even begin to see or understand all the clauses and potential pitfalls out there.  Contracts are constantly evolving, so it's difficult to stay on top of things. Experience is the best teacher, but rather than learning the hard way, hire a good agent.
You’ve received numerous awards for your writing over the years. Is there one that stands out with special meaning for you?
The Christy Award will always be special to me because I won in the award's inaugural year.  It's the only award specifically for Christian fiction, which often gets overlooked.
What is some of the best writing advice that you’ve received or could give?
So many things . .  . let's go with this: 1) Read voraciously.  2) Edit mercilessly and  3) Avoid adverbs.  ;-)
Angela has written over 100 books and I've just touched on a few here. If you would like to learn more about her writing, use this link to her website.
Posted by Christine L.Henderson at 8:00 AM