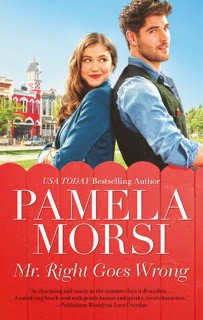 I am in awe at the number of books you have written and how you can easily move between different fiction styles. When did you publish your first book? At that time did you think you could make a career at it?
When I wrote my first book, I seriously had no confidence that I would ever actually finish. Since I didn't believe I could do it, I didn't think about it being published. It was only when I surprised myself and actually completed a novel. That I begin to look at "what's next?" and consider publishing.

My first contract was two books. At that time I realized that I might be able to do this as a living. I talked to my agent about it and we set a goal for me to be writing full-time in three years. I actually made it in two.

Your writing includes different facets of the romance genre. Do you prefer one genre to write in more than another?
I was very happy doing historical romance. But in 2000 the market changed drastically. Not only was historical suddenly an unwanted stepchild, but the only historicals that publishers were getting traction on were Highlanders or Regency. What I wrote, Americana, was the deadest of the dead.

I was going to have to do something different. I'd had a different kind of story kicking around in my head for years. With nothing to lose, I put it out there. Mira picked it up and I've been writing with them ever since. They have been very good about allowing me to follow my muse into some serious women's fiction, and then turn around and do a light-hearted comedy. I have been so lucky. 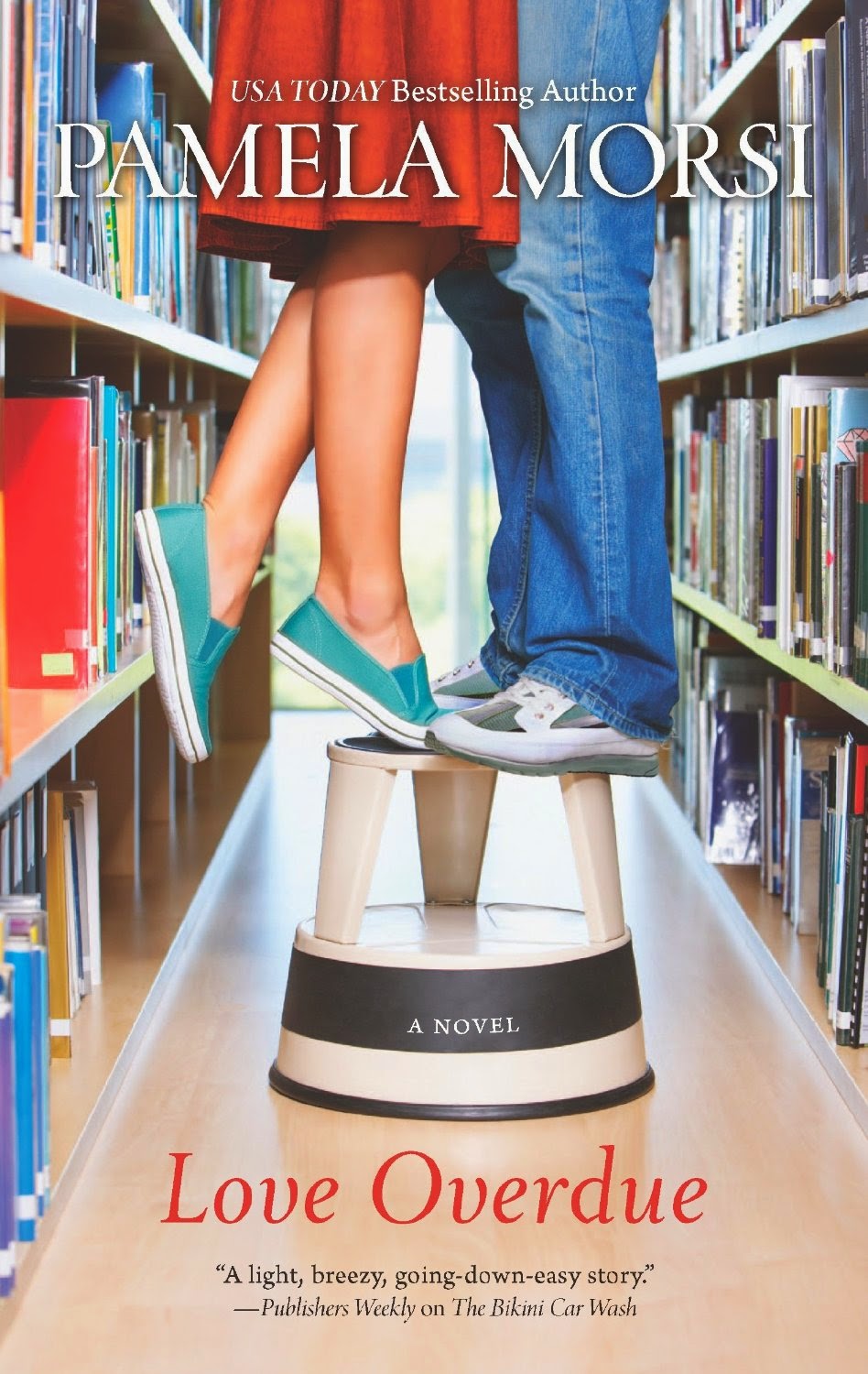 How do you keep the writing fresh and contemporary after so many books?
One of my "secrets", if you can call it that, is that I seriously don't know what I'm doing. I've never really been able to come up with a formula or even a typical routine for the writing I do. I forget from story to story how things need to go. So every book, I simply re-invent the wheel. This is very hard and inefficient, but it's my standard m.o.

Also, mostly to suit myself, I like to miss it up and take on different writing challenges with each story. Some of them will be obvious to the reader, like narrative mixing or parallel storylines. Some are just doing characters that I can’t easily fit into. I’ve started stories in nearly every possible way. I’ve begun with only one character in mind. I’ve started with only a conflict to resolve. I’ve started with only a setting. I’ve even written one (actually signed a contract) based solely on a catchy title.

Changing up the process, even in little ways, will keep your stories from straying into sameness. Or at least I hope it will. It’s important to me to compete only with myself. And it’s important to improve my craft. Unfortunately, writing workshops don’t work for me. I learn by doing it hands on. 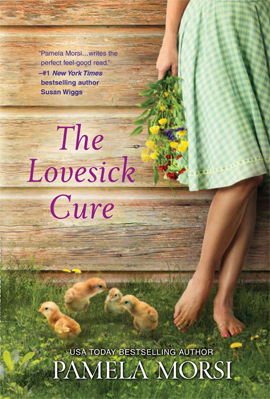 When you do research for your books do you ever actually visit them or is the research mostly internet or book researched?
Usually I write about places that I've been to. Or I have picked a locale for a certain reason and then deliberately done a research trip. I use the internet as I guess everybody does, but actually walking around is always a great perspective.

Do you do the research or do you have an assistant?
I don't have any kind of assistant, except my husband and I'm not sure that counts. My former career was as a librarian so research comes pretty natural to me.

How much does social media play in your promotion of your books? What has worked best for you in generating sales?
I am the wrong person to ask about promotion. I don't know it and I mostly don't do it. Not that I don't understand that I should, but I sort of "grew up" so to speak in the pre-personal-promotion era and I've never effectively made the transition.

The thing I do best is talk to groups, meet people and hand out my work. I think my best shot is to get my work into the hands of readers. So I give away a lot, but mostly print. The problem with give aways in ebook, is that people will download a freebie, because it's free and never bother to actually read it. The physical book laying around can tend to catch the eye again and again. But I really have no good advice for generating sales. 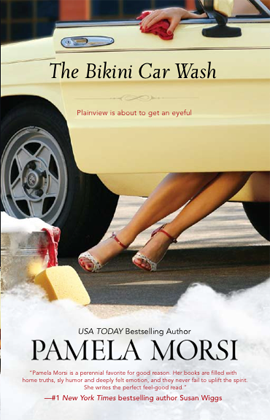 Do you think there will always be print books? Or do you think it will all go digital?
I do think there will always be print books, because some things simply work better in print. Nobody wants to keep a ipad on the coffee table. I do think, however, that most fiction will probably go completely digital. It makes a lot of sense. Readers "consume" fiction, especially genre fiction, in a way that is often disposable.

When you think of the books on the keeper shelf vs the ones you pass on, it's probably at least 20 to 1 or maybe even 50 to 1. So digital will be good for readers in so many ways. There are also some very bad things about digital, but every technology has it's drawbacks.

How do you feel the digital market has changed the publishing industry for the better or worse?
It's neither and both simultaneously. So much is always said on this, I'm not even sure what wisdom I can add. Digital has created more opportunity for authors. Unfortunately, some of that is the opportunity to fail. In the pre-digital days veteran editors would spot a writing talent and nurture it until it grew into an author deserving publication. The downside of that being the unknown number of talented, possibly magnificent authors who for some reason never got noticed, and therefore never got published.

Now, everyone is out there on his/her own. Everybody can be published. Upload your work in less than five minutes. That's great, except when it's not. Authors are trying to be best they can be. A whole industry has grown up around that desire. Some of the advice out there is very good. Some is okay and some of it only works (if at all) for the person giving it. So while publication may be easier, moving forward as a writer may be more difficult and complicated than ever. 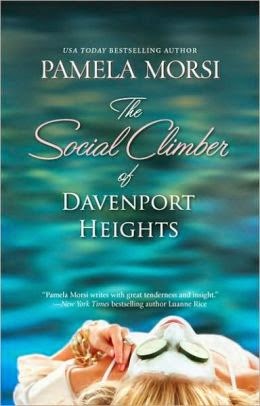 What have you learned from your contracts that others should be wary of in the verbiage of a contract if they are not represented by an agent?
Don't be afraid to ask questions. Contracts are about money, not writing, not art, not friendship. If you say, "why is it this way?" and the publisher bristles and treats you like an annoyance, it may be that you were in the process of losing your shirt. If you can't get an agent or don't want one, but you're worried about the terms of the contract, you can hire an entertainment lawyer who, for a one-time fee, will look over the contract and advise you.

You’ve been a RITA finalist numerous times and won as well. This competition is judged by published authors in the genre with up to 2000 entries. What is it about your writing that draws such acclaim?
I have won the RITA twice and finaled nine or ten times. Does that make me feel great? No, not at all. I've written close to 30 books. Of those I've probably entered 20 into the contest (some didn't have a category and some years I chose not to judge which made my book ineligible) So, I've entered maybe 20 and I won twice. That means...I have lost 18 times!

The thing about competition is that it always creates a lot more losers than winners. We are a very competitive society. We can't seem to stop ourselves from wanting to rank everything we do. Awards create buzz and promote books and the genre and all that. Those are good things. But it's important for us as writers not to get caught up in that. Each writer is unique and brings forth a story based on his/her own insight and experience.

Some stories touch millions and stay with them all their lives. But some stories touch only a few. To those few, however, that story was very important. It had meaning for them. A connection was made and a life was touched, maybe changed. I like to think that if I'm writing my story and it only finds its way to that ONE person who needed to read it, then I succeeded. More often than not, I have to take that success on faith, but when I do hear from people it further convinces me that is where the value lies. And touching another life is easily as nice as any gold-plated trophy. 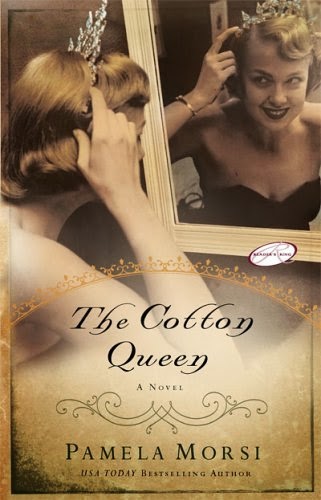 Do you use any writing programs, such as Scrivener?
No. I've heard good things about Scrivener, but I just write in Word.

What is some of the best writing advice that you’ve received or could give?
Write the story that you want to write. Following trends is thankless hard work. Leading a new trend makes you look brilliant.

Are there any other points about writing that you would like to add?
Try to have a good time. If writing is going to be your life, then don't be miserable doing it. I see so much stress out there, so much striving. I understand it has to be done, but allow your writing to be your refuge from that. If you got into this to be rich and famous, that's one thing. If you got into it because you want to write stories, then don't screw that up by pressuring yourself so much that you squeeze every drop of joy out of it. Remember how lucky we are to be able to pursue our dream.

That's it for the interview today. I hope it will inspire you to pursue your dream of writing. If you'd like to learn more about Pamela's books and her writing, here's her website...
http://www.pamelamorsi.com

Her newest book, MR RIGHT GOES WRONG from Mira Books comes out this August.
Posted by Christine L.Henderson at 8:00 AM