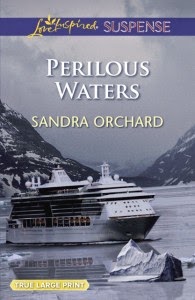 In your bio, it says that you decided to write a novel at your husband’s suggestion. However, it took six years and several revisions before you received your first contract. What kept you motivated to keep trying?
Right from the beginning, I’d read enough books on writing craft and breaking into publishing to know that it would likely take many years and several manuscripts before I got the call. By the time I did get the call, I’d written 6 manuscripts and rewritten many of them many times over. Some garnered requests for the full manuscript from editors, some won contests, one even went as far as a pub board.

Ironically, the first novel Love Inspired Suspense (LIS) picked up was one that I could have sent to them two years earlier, except I’d received several requests from trade book publishers to see it. Since LIS doesn’t accept simultaneous submissions, I had to hold off sending it to them. In the interim, a different story won the Daphne DuMaurier, a story LIS had previously rejected and the new editor agreed to read it. That turned out to be fabulous, because although she still rejected that story she explained all the reasons why, so I was able to fix those things in Deep Cover and it ended up being accepted as submitted with only a request to start with an obvious sense of danger from the first page.

All in all, there is no short answer to you question, that particular book went through multiple major rewrites over the course of several years due to critiquers feedback. However, once contracted, it went to print a year later with very little change 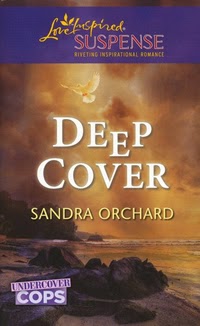 One of the biggest problems for new authors is trying to understand the contracts and what their royalties are really based on. Are you currently represented by an agent?
Yes, I have an agent who fights very hard to retain author’s rights and to win the author the best possible contract. The right agent is also invaluable in many other ways from advising on future proposals, to acting as the go between when marketing or editing departments are giving an author fits. 

What have you learned from your contracts that others should be wary of in the verbiage of a contract if they are not represented by an agent?
With the rush to self-publish or hybrid publish, authors need to pay attention to first rights of refusal clauses and permission to publish clauses. Some publishers will try to prohibit you from publishing anything else until you’ve fulfilled your contract. It’s reasonable, since they don’t want you to ignore what you’ve committed to delivering in favor of another project, however, if you’re planning to self-pub on the side or write for a second publisher, as I do, the wording needs to be adjusted. 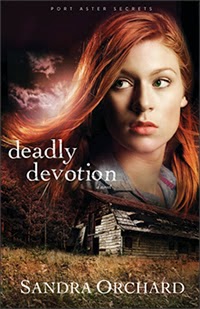 One of your publishers is the “Love Inspired Suspense” line for Harlequin. Can you explain for my readers, what that genre actually entails? Do they have to be pure as a virgin with no sexual thoughts, alcohol consumption or swearing. Or can they be of this world and then be redeemed?
Absolutely, the hero or heroine may have a horrible past, or start out in the book in deep trouble, but by the end of the book, both need to be believers and in a healthy relationship. That said, readers of this line don’t want explicit details, or graphic details when it comes to violence, and while you might say so and so cursed, you wouldn’t include the actual words. A believer should not be cursing, although my detectives often bite them back.

How long did it take you to write your second novel that was published?
It’s difficult to say how long it takes to write something, because there is usually a month or more spent in playing around with the ideas and preparing a proposal, then a month or two or three or more spent writing the first draft and then sometimes months spent revising. Then the revision process starts again once the editors see it. I probably spent about four months on the second book before it went to my editor the first time.

How do you write? Do you do an outline first? Do you do individual character development before doing the full plot? How many drafts do you write?
I do an outline first and do a lot of character development before I start writing. However, part way through, I usually need to pull back and reevaluate, because a lot changes as I write and get to know my characters even better. The number of drafts varies wildly for different books. I often edit as I go along, which makes it seem as if there are only a couple of drafts. Although my current book is giving me tons of headaches. I’m not even halfway through yet, and I have six drastically different drafts with rewrites of individual chapters numbering much higher. 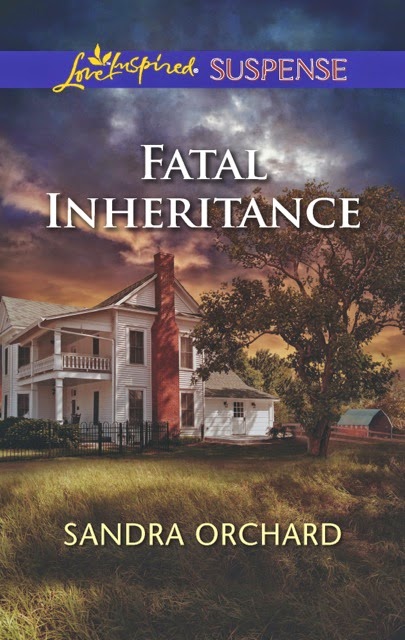 Do you use writing programs such as Scrivener? If so, what do you like or dislike about it?
I have tried Scrivener. I really love the concept, but I was losing edits by continually needing to export from it to a doc that I could send my critiquers or when I wanted to work on my laptop, which doesn’t have the program, so…I now stick to a straight word processing program and multiple files for drafts and research and outlines.

Your writing includes different genres. Do you prefer one genre to write in more than another? I love them both. With the bigger books, I can spend more time in character development and include more secondary characters and subplot. But I do love the focus and fast pace and economy of words required to pull all the threads together in the shorter Love Inspired Suspense novels.

Will each of the series continue?
Perilous Waters, which released in April from LIS, will be followed by Identity Withheld in November, the firefighter hero in this novel is the brother of Sam Steele in PW. A third book will follow in 2015, featuring their paramedic cousin, Sherri Steele, as the heroine. However, each book is a stand alone romantic suspense. They merely bring back characters introduced in previous books.

My Port Aster Secrets romantic mystery/suspense series from Revell Publishing is much different. There are 3 books in the series. Deadly Devotion, Blind Trust, which just released, and the yet-to-be-titled third book, which will release next year. Each book is a standalone mystery, featuring herbal researcher, Kate Adams as the sleuth and Tom Parker as the detective trying to keep her out of trouble and win her heart. However, there is an underlying suspense plot that arcs the three books, along with the romance that gives the series a heroine-in-jeopardy, fast-paced romantic suspense feel. 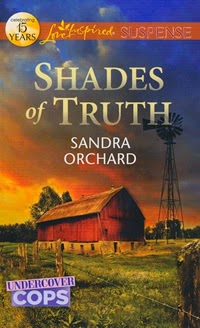 In your Undercover Cops series you had a male protagonist. How do you put yourself into a male mindset?
I actually find it much easier to write from a male POV than a female. I don’t do anything special, except to remind myself that they usually speak in fewer words. The best compliment I received after Deep Cover came out was from my son who admitted that the hero thinks like him.

In your Port Aster series you have an amateur sleuth as your lead who is a herbal medicine researcher.
What made you choose that line of work for her? It fit the story and provided lots of fodder for potential poisoning scenarios. I was also able to base it on a somewhat similar facility near where I live.

What suggestions do you have for enhancing a writer’s social media platform?
I am not the person to ask. Social media, blogging etc can quickly rob your writing time when the best thing you can do to generate sales is write a good book and another and another. I made a commitment from the beginning that I would respond to every reader’s email/letter and I have faithfully done that (although to my discouragement, I’ve learned that those emails don’t always get seen, thanks to spam filters or inadvertent deletes). I love corresponding with readers through emails, my newsletter, on FB and my blog. That is where I focus my available time, although I don’t really think of it as promotion, but as building relationships.

When I have a new book releasing, I send out a newsletter, do a blog tour and sometimes a book signing and press releases. I occasionally speak at events. I’ve been blessed with publishers with good distribution so really happy readers are my best promoters. 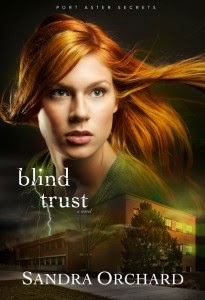 What is some of the best writing advice that you’ve received or could give?
Persevere and don’t be in a hurry to publish. Enjoy the journey. God has so much to teach you along the way and will use you and your writing in unexpected ways long before you’re published.

That's all for today's interview. If you'd like to learn more about Sandra's writing here's her
website: http://www.SandraOrchard.com It offers good info for both the reader and writer such as deleted scenes and editor’s cuts  to ideas on plotting and help in the editorial process.
Posted by Christine L.Henderson at 8:00 AM