An Education in Writing for Children: Author Interview with Janet Halfmann 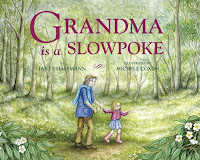 Five years ago, I started doing author interviews on this blog. Today's interview is with one of the first authors I interviewed in the beginning. I thought it would be fun to see what's she's up to today. As I expected, she is still busy writing and has some interesting insights on the craft. So without any further ado, let's begin the interview!

You’ve been publishing books for more than 15 years, starting with writing for the educational market. Is that a good market for new writers to try to break into the field?
I think writing for the educational market is a good way to break into the field. When I was starting out, I submitted writing samples to various educational publishers and also submitted proposals to them for possible books and series. I wrote series books on bugs, habitats, architecture, “Plant Tricksters,” and more. Educational publishers are in constant need of good writers for the many series that they do every year. 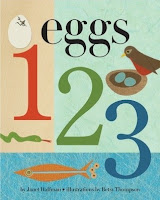 How do you go about finding just the right trivia bits about your animal subjects that will intrigue a publisher? How many sources do you use to do research?
I always choose animals I’m interested in learning more about. I try to write about what I think kids will find fascinating. For example, Animal Teachers came about because I noticed that many animals teach their young skills such as swimming, just like humans do. I thought kids would enjoy seeing how animal lives mirror their own.

Eggs 1, 2, 3: Who Will the Babies Be? grew out of research I was doing on bird eggs. I found bird eggs fascinating with their many colors, patterns, and sizes. I figured if bird eggs were so captivating, the eggs of other animals likely were, too. To make my Eggs book more interesting, I created it as a counting book, riddle book, and a book that in a few words told a lot about the animals and captured their habitats. I was delighted when Blue Apple Books decided to make it a lift-the-flap book.

I do a terrific amount of research—mostly books, magazine articles, and internet pieces written by experts. I especially like to read first-hand accounts of animal behavior by scientists and naturalists in the field, because their accounts have lots more specific details, such as exactly how the mom gives a baby a bath, teaches the little one, etc. 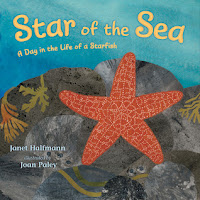 What makes a non-fiction book sellable? Is it humanizing the animal? Choosing something that’s cute and cuddly or totally weird?
This is a tough question. When writing about animals, I try to make them come alive for the reader by including such things as the noises they make, their specific behaviors, etc. I also try to use lyrical language.


Before submitting, I always check the publisher’s catalog to make sure they haven’t already done a book on my subject. Some of my stories appeal to editors, and others don’t, so I don’t know the magic formula.

One of your favorite books as a child was Rumpelstiltskin. Those classic fairy tales were closer to 2000 words. Why do you think today’s stories for children are less than one-third that amount?
I think children today expect everything in their lives to move faster, including stories. Editors are definitely looking for shorter stories.

You’ve written numerous books for the Smithsonian Institute. How did that come about?
I saw some of these nature stories at my local library and was very impressed by them. They were very similar to the manuscripts I was writing. The company doing these books in conjunction with the Smithsonian was Soundprints. I looked through their catalog for an animal that they didn’t have in their collection, then spent about four or five months writing the very best story I could about a Sea Star. Soundprints didn’t buy that story, but later one of their writers dropped the ball on a story about the Brown Pelican. I was asked if I could write that story in two weeks—and I did. That led to nine more books. In these books my copy, the art, and the stuffed animals that came with the books all had to be approved by scientists at the Smithsonian. Sadly, Soundprints and the company that succeeded it went out of business a few years ago, and the books are no longer in print.

Luckily, the Sea Star story went on to have a life of its very own with another publisher. With more fine-tuning, it became Star of the Sea: A Day in the Life of a Sea Star, published by Christy Ottaviano/Henry Holt in 2011.

What type of publicity does your publisher expect you to do in promoting your book?
I work with several publishes, and each one is different. But in general, publishers like their writers to do whatever they can to get the word out about their book. That can include speaking and appearing at book festivals and conferences, at bookstores, schools, libraries, etc. Publishers also like writers to contact people in their various networks to let them know about the book, such as traditional and social media, bookstores, friends, etc.

What do they do on your behalf?
The publishers have great networks and sales teams for distributing my books to schools, libraries, nature centers, and other markets. They also promote my books at various trade shows. The publishers also submit my books for reviews in major journals and for awards.

What did you learn in writing your earlier books that helped you in expanding your writing career?
The more I wrote, the better my writing became. Also, getting published by educational publishers gave me the confidence that I could indeed be a children’s author.

Also, about nine years ago, I joined the Society of Children’s Book Writers and Illustrators. We have a very active chapter in Wisconsin where I live. SCBWI offers all kinds of opportunities to hear editors, art directors, other writers, agents, etc. talk about the writing craft and so much more. The organization also provides many opportunities for promoting one’s books.

What do you think is the most positive aspect of children’s books going digital?
I think with digital books, there are even more opportunities for children to read. Children now can always have books with them—on a phone, tablet, or some other electronic device. Several of my books are e-books, as well as print books.

What frustrates you the most about the current publishing market?

It frustrates me that more and more publishing houses are becoming closed to writers such as me who don’t have an agent. I was lucky to get my foot in the door of several publishers before they became closed houses. It is becoming more and more imperative that one has an agent in order to get your manuscripts even in the door of a publishing company. 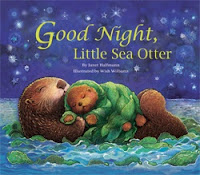 What is the best advice you’ve been given about writing or that you’ve learned that you would like to pass along?
The best advice I ever heard at a writing workshop was that each word in a manuscript must “sing.” I realized that I wasn’t doing that. Now, I make sure every word counts. A good way to hear and feel the rhythm of a manuscript is by reading it aloud. I read each of my manuscripts aloud about 100 times before I send it off to a publisher.

What works do you have in the process?
My book Grandma Is a Slowpoke was released in February from Star Bright Books. The story was inspired by walks with my grandchildren when they were preschoolers.

Grandma Is a Slowpoke is the story of a little girl who goes on a walk with her grandma, but her grandma is such a slowpoke. She stops to take a close look at everything they see in nature. In the end, the little girl sees a muskrat that Grandma didn’t notice, and wants to linger longer to watch this amazing animal. The little girl becomes a slowpoke just like her grandma, and they are happy being slowpokes together. The book is also the story of a loving bond between a grandchild and her grandma. Kirkus Reviews called it “a sweet celebration of intergenerational slowpokery.”

Another picture book that I am extremely proud of will come out in Spring 2017 from Lee & Low Books. It's titled, Midnight Teacher. This is the true story of a courageous enslaved woman who believed in the power of education and risked her life to teach others to read and write. 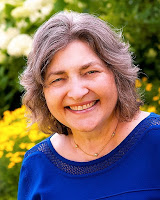 Also, I am shortening the text for my book Good Night, Little Sea Otter. It will come out as a board book for younger listeners this fall from Star Bright Books. I am very excited about this because this book is extremely popular as a gift for baby showers.

That's all for today's interview. I hope you're inspired to keep on writing and finding the genre that works for you. If you'd like to know more about Janet and writing for the children's market, here's some options to get you started.