Having a Teachable Mind: Author Interview with Carrie Stuart Parks 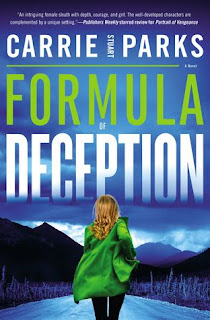 Carrie Stuart Parks is Christy, Carol, and Inspy award-winning author, an award-winning fine artist, and internationally known forensic artist. That's a lot of talent! Read on to find out how she does it.

You've published over 20 books and have years of working on forensic art. So, which is your greater love – art or writing?
I got burned out on art—I was producing between 150-250 original paintings and drawings a year, but sales were declining. I was often told, “we only have so much wall space.” Art shows were hard work with no guarantee of return. Writing was something new, creative, and no one worried about wall space…

How did you get your start in forensic art?
My dad was the director of the North Idaho Regional Crime Lab. He asked me to help prepare the trial charts and diagram crime scenes. From there I went to the FBI Academy to learn more about this fascinating field.

As an artistic background, do you have any part of designing your book covers?
Nope—though the death mask of Joseph Smith on my first novel is from my photograph and the scenery on Portrait of Vengeance is similar to a painting I did. I do get to suggest images, but the fantastic folks at Thomas Nelson come up with the wonderful designs.

Your bio says you emailed a query to literary agent Terry Burns to see if he would consider your novel in December 2012 and he asked for a proposal the same day. That's fantastic! But what's the back story? Had you already published a few books and had a track record?
I had a track record in non-fiction. I also had been mentored by Frank Peretti and had his endorsement. The book was A Cry from the Dust.

What is the hardest part of writing for you? Starting? 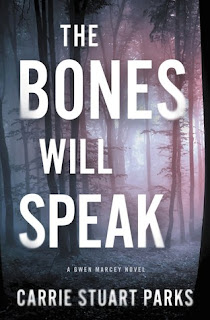 Dialog? Tension, etc?
All of it is challenging! Probably roughing out the plot and the push to finish.
What does your editor remind you to do most often?
She usually only has to tell me once. She does remind me to add a “romantic thread.”

What's the best encouragement you've had in your writing?
That’s probably split between winning the awards and signing the next contract. I always feel like saying, “you like me! You really like me!”

We have all experienced rejection. How have you learned to write past it?
My first book did the rounds of publishing houses and was rejected a resounding 100 percent. I just kept writing on my next book. I was disappointed with the response to that first book but liked the second one better. When the last rejection arrived, my agent asked me what I wanted to do. I said put that book aside and let’s see what the next one will do. THAT book went to auction! I re-read the first book after about six months. It was AWFUL! I rewrote that book.

What has surprised or frustrated you the most in writing/publishing?
I think I’ve been both surprised and frustrated at how quickly people rush to self-publish without learning to write better.

What do you know now about writing you wished you had known sooner?
How long it would take!

What is the best writing advice you've received or could give?
Writing is a craft and requires a life-long commitment to learn and grow.

Are there any other points about writing you would like to add?
Approach writing like a sponge with a teachable mind and attitude.

Can you give me a short synopsis of your next or current book to intrigue my readers? 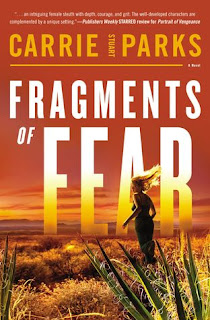 Here are the details for Fragments of Fear.
Evelyn McTavish’s world came crashing down with the suicide of her fiancé. As she struggles to put her life back together and make a living from her art, she receives a call that her dog is about to be destroyed at the pound. Except she doesn’t own a dog. The shelter is adamant that the microchip embedded in the canine with her name and address makes it hers.

Evelyn recognizes the dog as one owned by archaeologist John Coyote because she was commissioned to draw the two of them. The simple solution is to return the dog to his owner—but she arrives only to discover John’s murdered body.

As Evelyn herself becomes a target, she crosses paths with undercover FBI agent Sawyer Price. The more he gets to know her, the more personally invested he becomes in keeping her safe. Together, they’re desperate to find the links between so many disparate pieces.

And the clock is ticking.

That’s all for today’s interview. If you’d like to learn more about Carrie writing and upcoming books, here are some ways to do that!
email: carrie@stuartparks.com
Facebook: Carrie Stuart Parks, Author
Web: www.CarrieStuartParks.com