Have Passion for What You Write: Author T.K. Chapin 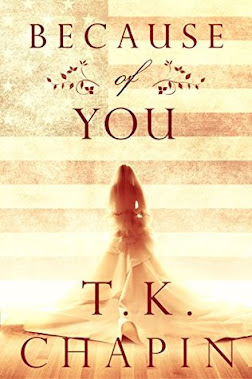 My interview today is with a prolific author who writes Christian Romance stories designed to inspire and tug on your heart strings. He believes that telling stories of faith, love and family help build the faith of Christians and help non-believers see how God can work in the life of believers. Read on to learn how his writing career began and prospers.

Most guys gravitate to writing action adventure or fantasy writing. What drew you to writing romance?

When I started writing fiction, I tried a little bit of a few different genres -- fantasy, science fiction and then ultimately Christian romance.  Out of the three genres I tried, I saw the most success in romance and so I went for it. Initially the draw was romance sold books. Ultimately though I realized it was the infusion of faith and God into the stories that drives the sales and is the real draw to why I write what I write today.

I am an entrepreneur at heart, and I saw an opportunity to cut the ties from my 9-5 if I were able to write and sell stories for a living. What started as just a way to make money and not had a job eventually led me to writing stories that put Jesus Christ at the center and showing how people can overcome anything when they’re in relationship with their Creator.

No. What I did for critiques was use beta readers and read the bad reviews on early titles to get ideas on how to improve. I also have a developmental editor that helps critique my stories.

What made you decide to indie-publish? 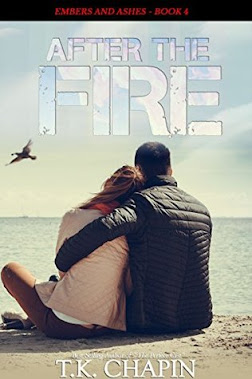 I was seeking a way to replace my income from a job more than anything else. As the years go on, I do think from time to time about possibly seeking a traditional publisher for a story, but I haven’t decided to launch into that.

Did you first seek out a traditional publisher?

Nope. I do have one title that is technically traditionally published. It’s entitled, “If Only” and it’s published by an Amazon imprint.

The hardest part of writing is probably just sitting down to write. I have two boys who are 7 and 8 and a 12-year-old girl. They take a lot of time to parent efficiently and to invest in. I also have an amazing wife who I love to spend time with. All four draw on that time to write.

As for difficulties when it comes to the actual mechanics of writing I would say it varies from book to book. If the story isn’t what God wants me to write, I struggle with everything and inevitably have to ditch it entirely. I just did that this past July. I had rewritten it multiple times and it just was not working. Ultimately, it wasn’t going to be a good story and wasn’t going to be one that honored God.

I have two editors. A developmental and a line editor. My developmental editor reminds me that I’m writing romance. Working in more romance is something that comes up more frequently than anything else. As for my line editor, she doesn’t tell me much of anything. She just does the line edit.

The emails from readers. They seem to hit the inbox at just the right time. Writing is a lonely job at times and when someone drops a line from across the globe just to share with me the fact a story touched their life it means a lot. God’s using these stories and that’s the best feeling in the world to know. 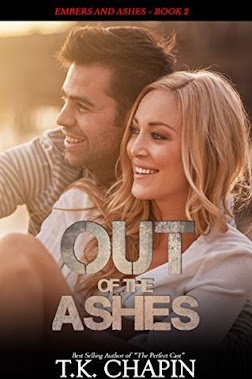 We have all experienced rejection. How you learned to write past it?

Early on, and even still today, I’ll get those fun one-star reviews that can sting a little. These rejections are minor, but they are the only rejections I have dealt with for the most part. I think it’s because I don’t get out much! Haha.

Anyways, some of the one-star reviews are constructive criticism that helps me as a writer. Others, like a recent one I got, are just a reminder I’m doing things right. The recent one-star I read mentioned how forgiveness in the real world doesn’t happen immediately. While this is true in the real world, in a Biblical sense, it’s exactly how it happens. Forgiveness isn’t about being okay with what the person did, it’s not even about trusting or allowing that person in your life. It’s about releasing that individual from payment of that debt. Not because they deserve it, but because God has forgiven us of so much. I won’t go on about forgiveness, but the point is, keeping things in perspective is important in my ability to keep writing.

The reality is it doesn’t matter if someone doesn’t like a book I wrote. They could have a heart problem, or they could not like the style of my writing, or something else! Whatever it is, it doesn’t really matter. I write for God and I desire to please Him with the work I do while spreading the good news of Jesus Christ. One-star reviews happen, and I keep writing.

What surprised me the most was with enough practice, it gets easier. When I was first starting out writing novels it was a complicated mess! I felt like I was on an emotional roller coaster that both excited me and terrified me at the same time. Trying to remember all of these writing rules about tension, pace, beats, early in and early exit, and the list goes on! Now that I’ve written over 50 titles, I don’t feel as overwhelmed in the writing.

What frustrates you the most? 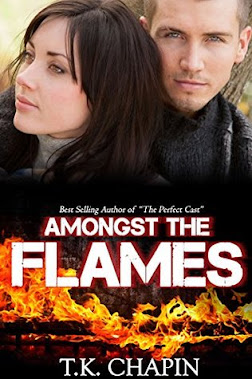 Consistency when it comes to income is a little frustrating.

I would’ve appreciated knowing early about how important it is to just write the first draft. I spent way too much time rewriting entire chapters without finishing stories. It was a dumb cycle that could’ve been avoided.

I would recommend to anyone wanting to write to be sure you’re writing what you’re passionate about and nothing less. If you care about what you’re doing, you’ll go far. Your passion is what gets you through the back-to-back 14-hour edit days and keeps you pushing through on weekends and holidays.

The next book set to come out is One Trusting Heart. It’s a story that starts out with Ashley, a divorcee, who is relocating from Los Angeles to Lincoln City, Oregon. She’s tired of the fast-paced city life and wants to take it easy for a while. A storm moves into the area and the beach house she is staying in is damaged. This sets Ashley on a path to rediscovering her faith in God and ultimately falling in love unexpectedly.

That’s all for today’s interview. Hope this interview encourages you to reach out and try a new author. And to make it easier for you, he’s offering you a free book. rthe link to get it. https://offer.tkchapin.com/