Update with Author, Lisa Grace on Books and Movies 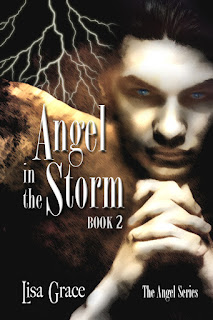 It’s been about a year since my previous interview with you. At that time it was before the book, Angel in the Shadows, was published in the eBook format. How have the sales been for the eBook as opposed to the print edition?
At the end of 2010, I was named to Strategic Publishing’s Top 50 authors group for having high sales. I released Angel in the Shadows, Book 1 as an eBook on Amazon May 23rd, 2011 and followed with Angel in the Storm, Book 2 on July 1, 2011.
Was there a big surge in sales or just moderate?
Sales were great from the beginning with several hundred being bought every month. By August, Book 1 made it to #1 on the Teen Horror bestseller’s list on Amazon where it stayed for several weeks. I took a screen shot of that.
December 2011 was a great month with over 12,000 people downloading Angel in the Shadows. That’s my record to beat right now. Self-publishing eBooks is one of the best decisions I ever made.
Was it easier to write the second book?
Yes. And I’ve gotten better as an author. It’s a better book.
Is this a stand alone book or would you have to read book 1 to understand who the characters are?
It helps to read book 1 first as it is a continuing saga.
You’ve also got the 3rd installment coming out soon, Angel in the Ice. How do you find time to write 3 books in so short a time?
Well, I wrote book 1 in 2009. I did add 2,000 words and re-edited it before I put it up as an eBook in 2010, so it is a better read than the hardcover. I write full time, so four books in three years, isn’t that much.
I also have a collection of flash fiction I’m putting up this summer. I write flash fiction for fun when I need a break from writing novels.
I also participated in Nichol O’Dell’s cookbook, Novel Morsels. It’s based on sixty two different books and contains original recipes the characters may have eaten. It’s only 99 cents. 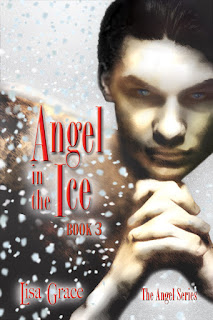 What book or books do you have in the works?
Several. I’m finishing edits on Angel in the Ice, which should be up for sale by the second week in February 2012. I plan on releasing The 15th Star in March. That one took a year to write. My flash fiction book I’ll release in April.
I have three more in the works -- a non-fiction author marketing book, the first in my YA Feudal Land series, and the first in Society of the D. E. A. D.
Then in my history-mystery line I have a second one tentatively titled The Devonshire Treasure. If I write 2,000 words a day, I can complete them all, and have time to edit.
I understand the first two books have been optioned for a movie. How did that come about? Where are you in the process? Who handled the negotiations – you or an agent?
When I made it to #1 in Teen Horror on Amazon and stayed there for several weeks, I had two movie producers call who had read the books. I went with the larger one. We’re in the final stages of negotiation so now it’s just a matter of finalizing the paperwork.. I asked Elaine P. English, an entertainment lawyer out of Washington D. C., (who came highly recommended from other authors) to represent me. She also works as a literary agent, (although not for me) so she is familiar with both ends of the deal.
What surprised you most about the process good/bad?
I was shocked I still couldn’t get an agent even with a legitimate movie contract in hand from a production company that has worked for Steven Spielberg as well as five academy award winning movies.
I was also surprised at how my contract is so different from the ones I saw on the internet. Mine is twenty-five pages long. Of course it is for two books with a possibility for the third. As a result, I am writing a book about my experiences to help other authors attract movie deals and then to know what to expect along the way.
Do you first do an outline for your books or are you write more “seat of the pants” writer?
Oh, I’m a planner. I write an outline, then plan scenes, one for each eight hundred words. You can read more about my process and sixteen other authors’ by buying K. M. Weiland’s book entitled, Outlining Your Novel Map Your Way To Success. It’s only $2.99 and the link is in the title. I have a cover credit on that as a contributing author
I couldn’t write 2,000 words a day if I didn’t know where I was going. Now characters do cause me to deviate, but with an outline, I always know how to get back on track. 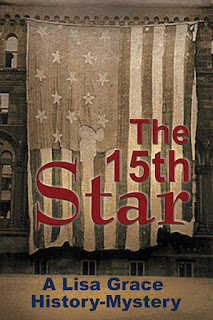 Three years ago would you have thought you would be this far in your writing process now? What plans do you have for the future with your books? Anything else you’d like to add?
The most exciting thing, of course, is the movie deal. Yes, in my wildest dreams I could see things like this happening. I have to pinch myself that it’s real. My goal now is to write such exciting books I can get movie deals for all of them.
I would like to get a traditional paperback contract for all my series too, with a nice advance. I would like to make enough so I can retire my husband. I’m not quite there yet.
I plan on writing enough high quality books until I get there. I have so many tales to tell.
That's is for today's interview, but if you would like to buy Lisa's books or learn more about her writing, click here.
Posted by Christine L.Henderson at 7:00 AM