A Blending of Fantasy Through Games and Writing: Author Interview with Liam Perrin 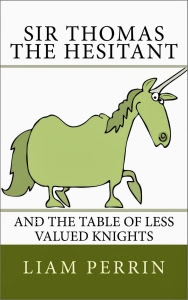 Prior to writing your children’s book worked as a gamer doing technical art, game design, and as the Live Content Director for Myst Online. How do you go about designing an online game?

Developing video games takes a variety of people with specialized talents: artists, engineers, animators, musicians, business-people, quality assurance, sometimes mathematicians, statisticians, economists, and of course writers and designers.  Design falls into a few categories including system design and content design.  System design focuses on what the player can do.  Content design focuses on who and where the player is.
I've been blessed to participate in every role other than the business end of things, but my favorite is content design.  That includes writing dialogue (the most obvious impact a writer has on a game), but also developing the back story that feeds the overall vision and theme of the game and the character development that will make people care about the worlds you're building and the stories you're telling in them.  The ultimate goal is to take the player through a character arc of their own.  Games normally simplify and objectify complex systems in the process of turning them into a game.  It's the writer's job to bring back nuance and depth and to help the player make the leap from a game experience to a new insight on the human condition.

This story began from an unfinished work by your grandfather. How many rewrites did you do on it? Did anyone help you with the editing?
The manuscript from my grandfather is part of the fiction. I've always enjoyed stories that have blurry boundaries between fantasy and reality, so I took the opportunity to explore that myself with this novel.  I wrote Sir Thomas the Hesitant and the Table of Less Valued Knights in fits and spurts over ten years largely between the hours of  5 and 7 am.  I revisited significant portions seven times, but there were three main drafts with reader input before I started the final edit.  A talented friend offered me story editing after the first draft, and I paid for copy editing after the third draft.

Your book has been on Amazon's Top 100 Bestselling Paid Kindle books in the category of Arthurian Fantasy. To what do you attribute that success?
My only goal was to write a story I would be happy to say I wrote.  I want people who read it to finish the book feeling satisfied and hopeful about life in our world where people often just seem to have gone mad.  I educated myself as much as I could on writing interesting marketing blurbs, but I also wanted to make sure people who bought the book had a good idea of what they were in for.

I've kept the Kindle price on the high end of average so that I know people who buy it have thought about whether they will like it.  That's resulted in better quality reviews which lend credibility to me and my book.  I'm really focusing on establishing my reputation and credibility with this first book.  The only consistent marketing I've done are Goodreads giveaways (which generally result in about 150 additions to people's to-read shelves).

The truth is though that you can be an Amazon bestselling author and still starve to death, and my income comes from my work as a game developer.  My dream is to get two more books out and then transition to full-time writing.

How much does social media play in your promotion of your books? What type of publicity do you do to promote your book? What has worked best for you in generating sales?
Besides face-to-face, social media has been my only means of self-promotion.  I'm not a natural Twitterer, but just being present there has resulted in some sales.  I understand Facebook the best, but it's strength for me has been in retaining existing readers and not so much in generating new.  I haven't been able to blog consistently, but it's been useful for generating spikes of interest.  Goodreads has been the most successful means to help people discover my book.  I think that's all okay - writers will each have their own comfort level with each platform.  Use any or all of them.

I like to focus on what's worked for me with each one and use them all in parallel for different purposes.  The most interesting one to me right now is Pinterest.  I post categories of images that have to do with elements of my book and Arthurian fantasy: knights, wizards, interesting settings, etc.  Pinterest seems like it could work well for both discovery and retention.  This first launch is a learning experience.  I'll have more of a marketing strategy for the next one.

Did you do your own book trailer? What importance do you think it plays in your book promotion?
I did do my own book trailer.  I wouldn't recommend it.  I used a 30-day trial version of Adobe After Effects and relied on my experience as a technical artist.  It's gotten some views and a few likes, but I don't know of a single person who bought my book who wouldn't have bought it without a trailer.  The only people who consistently comment on the trailer are other authors wondering if they should do a trailer.  It seems to me that a GREAT trailer is worthwhile.  Anything less is more likely to endanger sales.

Your book is published through Amazon digital services. When did you decide to indie-publish?
I sat on my book for a year trying to find the motivation to go the traditional route.  I'd read a book by a literary agent about how to (and why one should) approach agents, but the statistics he gave were just miserable: Most authors will spend 9 months trying to find an agent and fail.  If they find an agent, the agent will spend 9 months trying to find a publisher and fail.  If they find a publisher, it will take 9 months for the book to get to shelves where the book will sell 2,000 copies, be considered a failure, and never be published again.

So when I discovered I could just finish my novel myself and get it into people's hands through Amazon in both print-on-demand and digital (and keep it there as long as I wanted!), I decided to just go for it.  I'd enjoy working with an agent and publisher, but I'd like to go into that from a position of strength and knowing clearly what I want from the relationship.  I want to put together a team that works collaboratively - I don't want to just wind up working for a publisher.

What do you know now about writing/publishing now that you wished you had known sooner?
I would have spent a year or so before publishing doing some community building, helping other authors, and generally just getting to know people.  It's never too early to start helping people discover you and your book.  If I had done those things, I might have had enough of a spike when I launched my book to spend a few months writing book #2, and I would be that much closer to full-time writing.  That said, it's been a tremendous learning experience - every bit of it.  Everything about book #2 will be easier (and better) having done all of this myself once.

Is this a stand alone book or are you planning a sequel or prequel for any of your characters?
I want to write at least 2 more books about the characters in Sir Thomas.  I have lots of ideas for other stories and characters set in that world as well.  I have two other series in mind, but I'd be happy to write stories about the Less Valued Knights for the rest of my life.  I really enjoy what Frank Beddor has done his work based on Alice in Wonderland.  Readers who enjoy the kind of revisit to Camelot that I'm doing might also enjoy his work.  He's much further down the road than I am, so there's a great deal to explore there as well. 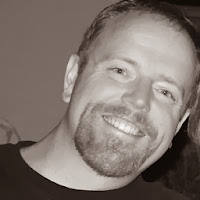 What is the best advice you’ve learned about writing that you would like to pass along?
I've benefited from so much wisdom from so many people that it's hard to choose even just a few things.  When I first set about writing, I read two books by two famous authors.  The first author's story was mainly about how he was in the right place at the right time.  I found this book useless.  The second book was On Writing by Stephen King.  The advice I took from his book was exactly what I needed to hear at the time.  It was essentially this:  "What are you doing?  Go write."

For anyone who'd like to know more about Liam and his current book, you can find out more at lessvaluedknights.com      liamperrin.com.   www.facebook.com/authorliamperrin
Posted by Christine L.Henderson at 8:00 AM