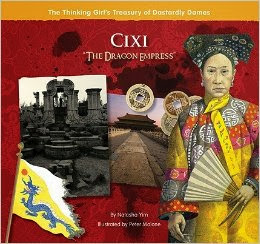 As authors one of the biggest writer's block we have to deal with is handling rejections from publishers. Nothing can kill a creative spirit quicker than being told your writing isn't 'good enough' whether its in the actual written form or a lack of response at all. Today I'm turning over my blog over to one specific writer who knows how to go beyond rejection to acceptance.

Natasha Yim is the author of Otto's Rainy Day (Charlesbridge Publishing, 2000), Cixi, The Dragon Empress (Goosebottom Books, 2011), and Sacajawea of the Shoshone (Goosebottom Books, Oct. 2012) and Goldy Luck and the Three Chans (Charlesbridge Publishing, 2014). She has also been published in the children's magazines, "Highlights for Children", "Appleseeds", and "Faces", as well as in adult local and regional magazines and newspapers. Her ten-minute plays have been performed in venues around Northern California, Los Angeles, and at the Short+Sweet Ten Minute Theatre Festival in Sydney, Australia.

With all those wonderful writing credits, you might think she is now immune to the dreaded rejection. However, that is not the case. Read on to learn from her experiences.

ON REJECTIONS—AND OTHER LITERARY DISASTERS
We’ve all heard those success stories, right? The ones where debut authors wrote their 300 page novels in 6 weeks, sent their manuscripts to the first agent they found in the Writer’s Market, got a response in two days, and an offer for acquisition a week later. The stories that make you want to gag, cry, rip your hair out in frustration as you continue to labor over Chapter Three in a novel that’s taken 5 years out of your life. And if that success story belonged to a friend, you battle the demons of ambivalence as you graciously congratulate your friend and wish her the best of luck, while behind closed doors, you scream, “Why couldn’t it have been me???” at the writing Gods for all the literary injustice that you—and only you—have suffered.

Well, I’m here to tell you I’ve been there. And back. I’ve tumbled into the black hole of despair when it seemed like my writing was on the train to nowhere, and obsessively checked my email 20 times a day in the hopes that today was the day I got a positive response from an editor or agent (waiting for the mailman is soooo last decade). But perseverance is the name of the game in this business, and all good things can come to those who wait. 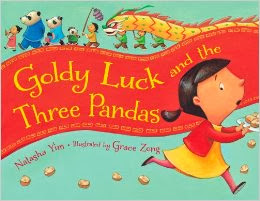 Take my picture book, Goldy Luck and the Three Pandas, for instance. It’s a multi-cultural twist on the Goldilocks tale. I first began writing the story in 2005, and revised and re-revised it for over a year until I felt confident enough to send it out to 5 different publishers. A couple rejected me rather quickly, two others made me wait 3 months, and the 5th, Tricycle Press, I never heard back from. Finally, after 7 months, I wrote a letter of inquiry to the editor, and received a fairly quick response from another editor that Editor 1 had left the company, but had passed on my manuscript before she left. Editor 2 really liked it and wanted to take it to acquisitions. I was on Cloud 9. Somebody liked my work! She had some great editorial suggestions, and we made several rounds of revisions. We revised, we emailed back and forth, then...nothing. My emails went unanswered. No more communication. I panicked. Did my last revision suck? Did she hate it so much she couldn’t bear to tell me, and decided that if she just ignored me, I’d go away?

Then one day, while considering whether I should attend the Book Passage Children’s Writer’s Conference in Corte Madera, California, I noticed that Editor 2 was on the faculty list. That was it. I was going to the conference. I was going to find out what happened to my manuscript. I was going to hulk around in dark shadows and stalk this editor. As it turned out, I didn’t have to be the creepy writer trapping the hapless editor inside a bathroom stall while she made empty promises to get me a contract so she could escape back into the Land of the Living. Coincidentally, she sat at my table for lunch and we got to chatting about Goldy Luck. She was really nice...and warm...and generous. She spent an hour with me giving me line by line feedback, and invited me to re-submit to her when I was done with revisions. See, it pays to go to writers’ conferences. I was back on Cloud 9. Three months later, I sent her my revisions. Then...nothing. I emailed to ask if she had received my manuscript, and got a quick response from the publisher’s assistant. Editor 2 had also left the company. Crap. And Double Crap. All that work! All that time!

However, not to be deterred, I asked for the name of another editor. I emailed Editor 3. Had she heard about Goldy Luck? Tricycle Press was, after all, a small publishing house. Editor 3 wrote back. Yes, she had. She was at the acquisitions meeting when it was presented. And Editor 3 was interested. But nobody could find the manuscript, so could I send another copy?

To make a long story—well, not quite as long—Editor 3 and I worked on the manuscript for another year and a half, then in August 2010, I finally got the phone call every writer dreams about. I got to hear those beautiful words, “We want to publish your book!” By this time, Tricycle Press and it’s parent company, Ten Speed Press, had been purchased by Random House, so it was now an imprint of RH. Not only was I getting a contract, I was thrilled to say I was going to be published by Random House, one of the Big 6 publishers! How exciting was that!

Not exciting enough, the literary gods decided. We’ll just throw a few more bumps her way so she’ll really appreciate what it takes to get published. A week after I signed my contract, RH decided to close down Tricycle Press. My path to publication suddenly stalled Big Time. Contract cancelled. End of story. Well, I could have let it end there. But I didn’t. Did I wallow in drink? Hemingway would have. Tennessee Williams would have. But I’m a teetotaler. So, I did what any sober writer in her right mind would do. I sent the manuscript back out. This time to my former editor at Charlesbridge Publishing who had published my first book, Otto’s Rainy Day. Editor 4. Charlesbridge doesn’t publish many folk or fairy tales, but the editor was intrigued by the multi-cultural angle. 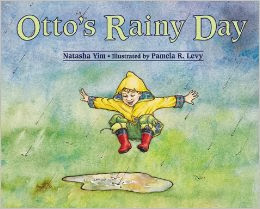 Two months later, in March 2011, Editor 5 (Editor 4 had now become head honcho since I’ve worked with her so passed the story on to Editor 5), contacted me. She loved the story. More revisions. Another acquisitions meeting. Another stall. Now, it’s the Marketing Department. Folk and fairy tales aren’t usually Charlesbridge’s thing. Do they want to take Charlesbridge into a different realm? Oh, to be a fly on the wall of that discussion. In the end, they decided to table any decisions till the fall. Another 3 months of waiting!

Finally, in October 2011 (Oct. 5, at 8:05 am. to be specific—you tend to remember these things), my agent Karen Grencik (Red Fox Literary Agency) called and told me Charlesbridge wanted to publish the book! The book is now scheduled to be published in 2014.

The moral of the story: Believe in yourself as a writer, believe in your story, and never give up. I’ll leave you with one of my favorite quotes from Richard Bach, “A professional writer is an amateur who didn’t quit.” Enjoy the journey!


If you would like to learn more about Natasha and her wonderful books, here are some options...


This guest blog post is a reprint of a post that originally ran in bananapeelin.blogspot.com. It is being reprinted under the express permission of Natasha Yim as well as Elizabeth Stevens Omlor who is the owner of that blog. Drop by her blog as well for an interesting read.
Posted by Christine L.Henderson at 8:00 AM