Getting Discouraged is a Learning Experience: An Interview with Jennifer A. Nielsen 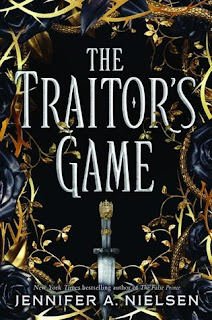 In reading your bio, I see you wrote not one but three adult romantic suspense novels before you turned to the successful publishing of your YA genre books. What made you want to continue writing when those first novels went nowhere?
I started writing out of a love for stories, not only with the end goal of becoming published. I continued to love it despite garnering an ever-growing stack of rejection letters. And with each new manuscript, I learned from previous mistakes I had made so I could tell that I was getting better and that excited me.

Not to post my work anywhere, but just to see if I could close all the loops that JK Rowling had left open. Writing that was the most fun I’d had in years, and about halfway through, I realized I was working in the wrong genre. Once I made the shift to writing for young people, I began to find success. 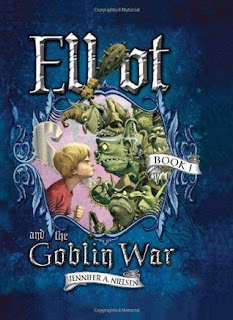 Your first published book was for the MG market called Elliot and the Goblin War. How did that story come about?
There came a point in my writing where I was nearly ready to give up. I had tried for so long and gone nowhere for so long, I wondered if maybe the universe was telling me to quit. So, I decided to write one last manuscript, something just for me. I wasn’t even sure I would try to publish it. I just wanted to have fun writing again.

Once I had the opening of, “As of today, there are only seven children who have ever read this book and lived to tell about it…” I flew through the draft. That was the manuscript that got me an agent, my first publishing deal, and launched my career. The editor was Daniel Ehrenhaft and he did a brilliant job with it.

How did you go about finding an agent?
My search for an agent is a bit more complex than this will sound, but I’ll hit the highlights. A brand-new agent named Ammi-Joan Paquette contacted me when I was in the querying phase, after I had posted a few questions on a listserve about ELLIOT. I queried her, and she loved the story but we each understood that we were both launching our careers, neither of us tested in the real world. It turns out that Joan is a brilliant agent, and she has done great things for me, including getting THE FALSE PRINCE in front of Lisa Sandell at Scholastic.

What is the hardest part of writing for you? Starting? Scenes? Dialog? Tension?
Every book is different, so what might challenge me with one book will be a simple thing on another. With every book, I spend a great deal of time searching for the unexpected - it’s not necessarily a challenge, but it is a priority to get it right. I don’t get far in any story until I’m really clear on that twist. 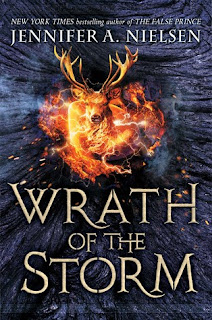 What does your editor remind you to do most often?
In that same vein, my editor will point out different flaws with each book. Usually, they’re minor logic issues - it was supposed to be daytime and now it’s a nighttime scene - that sort of thing. With each book, I try to learn from her editorial notes in the previous project and correct the problem. Of course, that doesn’t necessarily mean I’m getting any better, only that my set of mistakes is evolving.

What’s the best encouragement you’ve had in your writing?
I don’t know if readers understand how much it means to authors when they reach out with kind and encouraging words, but those emails and posts can be tremendously powerful. For me, it is the fuel to continue writing.

What has surprised you the most in writing/publishing?
I think what has most surprised me about this industry is how much of my job is not about writing. I do a lot of travel, which also means planning and coordinating the trips. I will speak at conferences or teach writing classes, hold release parties, create pre-release incentives and contests, manage social media, review requests that may come in for blurbs or other opportunities, etc.

I love all of these things, but it has surprised me. There are days when I might be working the entire day, and yet only get a paragraph or two actually written.

What frustrates you the most about writing?
Honestly, my biggest frustration is that I can’t write faster. I’m releasing two books a year, which is a challenge, but I’d do more if I could simply because there are so many stories crowded into my head that want to be released and I hate having to constantly push away ideas, knowing I may never get to them. 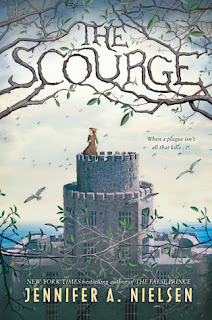 What do you know now about writing that you wished you had known sooner?
I believe I would’ve been published sooner if I would have listened more about how to improve my writing rather than trying to defend it, even if silently to myself. If I could do things over again, I would have opened up my pages more with the attitude of “tell me everything that is wrong, even if it’s brutal.” That tends to be my attitude in edits more often now and I’m always happier with the manuscript in the end, even if the feedback is a bit discouraging at the moment.

What is some of the best writing advice that you’ve received or could give?
For writing advice, during the brainstorming stage, or at any point in the manuscript where a pivotal decision must be made, I encourage writers to come up with five possible options. The first thing they come up with is usually the most obvious, which means it’ll be the first thing their reader comes up with too. And option five is usually pretty strange because by then the writer’s creativity is stretched pretty thin. But options two, three, and four are usually far more interesting and offer far better direction for the remainder of the story.

Are there any other points about writing that you would like to add?
To all writers, in any phase of their career, I think it’s important to remember that everyone in this industry becomes discouraged at times, and doubts their talent, and wonders if the universe is sending them signals to give up. And if it’s happening to everyone, then these are never reasons to quit.

The truth is that there are amazing success stories every year. There are new authors who sign book deals every month, and writers who type “the end” on their manuscript every day. Yet we still have room for more. Just keep going. 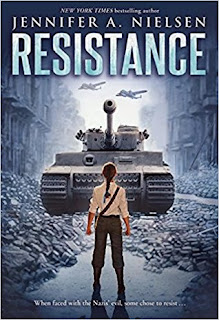 What is the next book that will be coming out? Can you give me a short synopsis?
My next release is RESISTANCE, based on the true story of the Jewish teenagers who fought back against the Nazis. I’ll follow Chaya Lindner from Krakow, whose looks make her a perfect choice as a courier, tasked with getting in and out of the sealed ghettos to bring help to her people.

She will be joined by the younger and less experienced Ester Karolinski, who brings Chaya a new mission, that of joining the coming battle in the Warsaw Ghetto. I’m so excited about the pre-release enthusiasm for this book and can’t wait until it’s released on August 28th!

That’s all for today’s interview. If you would like to know more Jennifer and her books, you can learn all the details at her website, http://jennielsen.com/. Or you can follow her on Twitter or Instagram as @Nielsenwriter, or on Facebook as Jennifer A. Nielsen, Author.
Posted by Christine L.Henderson at 8:00 AM

Email ThisBlogThis!Share to TwitterShare to FacebookShare to Pinterest
Labels: Christine L. Henderson - author, improving your story twists and turns, Jennifer A. Nielsen, Mark of the Thief series, The Ascendance Trilogy, writing for the YA market, writing tips