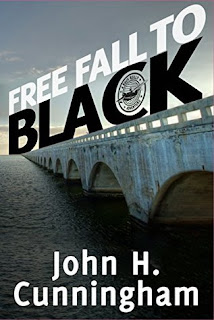 I see one of your writing influences is Jimmy Buffett. Did his Joe Merchant book inspire you to write your own books? Or was it the Indiana Jones movies? If not, what did get you started writing?
I was writing before Jimmy wrote Where is Joe Merchant, but I did enjoy the book. His music has always been inspirational to me in an escapist sort of way. Indiana Jones was also indeed an inspiration to create an Everyman hero that makes mistakes and doesn't always win, but that people will relate to. In creating Buck Reilly, I sought a middle ground between Carl Hiaasen's characters and John D. MacDonald's Travis McGee for a mix of humor, social issues, setting, and style.
How long did it take you to write your first book?
I wrote my first novel on about a dozen legal pads and asked my girlfriend at the time (now wife) if she would "type it up" for me. LOL. Needless to say, that didn't happen.

Who encouraged you along the way?
I have worked with a great professional editing group for twenty years called The Editorial Department (TED) and they have been very helpful and taught me a lot on early unpublished books that helped me create the Buck Reilly series to be tight and entertaining. Renni Brown was a senior editor at Scribner's before she started TED, and her son Ross has run the company since the outset. Literary agents have been encouraging, but when I chose to go Indie, it was really readers who became my largest source of encouragement.

Is Green St LLC your personal imprint? If so, what made you go the indie route?
Greene Street is my own imprint. I chose to go Indie after years of working with literary agents and publishers who are overworked and underpaid. The publishing industry has changed dramatically, and the old paradigm does not work for many more than a handful of blockbuster writers that the publishers invest most if their efforts and advertising focus on. Plus, the time for them to accept a book and then get it out is way too long in our immediate gratification culture.

What is the hardest part of writing for you? Starting? Creating a scene? Tension, etc?
I love the research and writing process, especially with a dialogue-driven character-based series. When it comes to editing I do rely on outside eyes which sometimes slows down the process to await the availability of the right people, which can be frustrating. 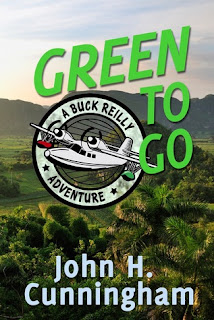 Starting a new book is always a great feeling as a lot of research will have already gone into the storyline, setting, characters, underlying social issues and outlining of my thoughts. Dialogue comes very naturally given my interests and history matched with my protagonist and cast of new and recurring characters.

It is fun to write the Buck Reilly series, and I'm told it’s fun to read, too. Tension is what it's all about. Readers of SILVER GOODBYE, the latest Buck Reilly book say they cannot put it down, which given all the elements, I believe to be true.

What does your editor remind you to do most often?
The reminders from my editor have changed over the years. It started with "show don't tell" and "don't be afraid to kill your darlings." I used to write long sentences full of description but have continued to hone my craft to be tight, terse and plant seeds that allows each reader to imagine the details. Keeping the pace is important, and too much description or interior dialogue slows it down. Now it's mostly just cutting out redundant language to make that happen.

What’s the best encouragement you’ve had in your writing?
One fun thing about my series is that I have had a number of musicians want to appear in the stories and we have co-written several songs that have appeared in the books and are available on iTunes or on their CD's, which has added another dimension to the series. I have also had my series optioned for tv and film and hope that someday Buck Reilly may come to life on the big screen.

We have all experienced rejection. Give me an example of how you learned to write past it.
All writers experience rejection, initially from agents, and then from publishers, but if readers ultimately reject you, it's the death knell. I got my first agent through a famous bookstore in Paris where Ernest Hemingway used to hangout--Shakespeare and Company. This was in the early 90s.

The NY based agent was named Bertha Klausner and she worked with some top writers and did deals with the major publishers. This was pre-Internet. Bertha sent me some rejection letters from publishers and I noticed she was submitting several books at once, all of which were getting rejected. Bertha's birthday came and I sent her flowers and followed up with a call. I learned she had just turned 90 years old! We didn't work together much longer and it was the start of my being more self-reliant.

What has surprised you the most in writing/publishing? What frustrated you the most?
I'm often surprised at how writers who work with traditional publishers often refuse to collaborate with good indie writers to provide reviews or blurbs. Again, the reviews from readers are the only barometers that matter, and I see a lot of indie writers with far better reviews than some traditionally published ones so it can be frustrating. There are literally millions of indie books available now, so naturally, people need to be cautious with who they assist, but just drawing a hard line between Indie and traditional is reminiscent of those who were certain horse-drawn carriages would never be replaced by automobiles. I'm always open to helping peers regardless of their genre, or the name of their publisher. 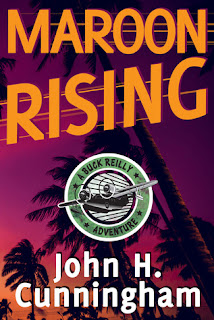 What do you know now about writing that you wished you had known sooner?
I wrote four books before I ever "gave in" to writing a series. That's another area where there are often splits between writers--series vs stand-alone books. Now I think writing a series is fun, rewarding and frankly easier, and I can see why readers prefer them. We all want to see a character arc, and a series is a broad arc where continued growth or setbacks are critical. Individual books are great and many of my favorites were stand alone, but in today's binge-oriented culture, whether Netflix, Harry Potter or the Buck Reilly series it is well served by series fiction.

What is the best writing advice that you’ve received or could give?
It is cliché, but it is also what made me decide upon the broad tenets of the Buck Reilly series, and that is to write what you know and love. Also, keep the editorializing and the author's voice out of your story. Readers want to hear your character's voices and opinions, not the author's.

Are there any other points about writing that you would like to add?
Writing and reading continue to evolve. The majority of the public does not read fiction these days, and those that do often prefer short chapters and what I call USA TODAY styled writing, which is short sections that are concise and to the point. I consciously keep chapters and sections in the Buck Reilly books very tight, and use dialogue and setting to show not tell the action. As much as I love the beautiful use of descriptive language, it does not fit this genre (action adventure / suspense / mystery), and generally only works in literature, so even though I still write that way, I have to be ready to "kill my darlings" when it comes to editing.

What is the next book that will be coming out?
SILVER GOODBYE just came out a month ago.

Can you give me a short synopsis? 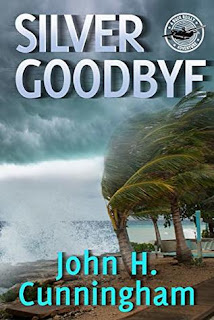 Imagine learning that someone you loved, the person who had been your role model and rock, had a past life so deep and dark that it obliterated your entire relationship.

Silver Goodbye takes off fast when Buck Reilly, the once famous archaeologist who lost his company, fortune, supermodel wife, and parents, makes a discovery that shakes the fragile foundation of his world. The revelation sends Buck back to Key West aboard the Beast, his ancient flying boat, to search for answers to a thirty-year-old family mystery and a cache of untold riches.

Turns out that Jade Diaz, the daughter of a dead drug smuggler is on the same hunt, and when she reluctantly teams with Buck, the dark past returns to hunt them with a vengeance.

To make matters worse, Hurricane Irma is ripping a path of destruction through the Caribbean, forcing Buck to race against its descent onto the Keys to save Jade and find the buried stash before the storm surge washes it away.

Silver Goodbye will shake you at the start, stir you in the middle, and blow you away at the end."

I would like to encourage your readers to write reviews of the books they read, on Amazon, Goodreads or other venues. It only takes a couple minutes and it is them who we write for, so hearing their impressions, whether good or bad, is more important than hearing from "critics" or professional bloggers.

It really helps not only other readers, but also writers, too. It's a lonely business and getting feedback is always important. My goal is to entertain, teach, remind people of places they've been or introduce them to places they've been interested in going--all while sitting on the edges of their seats unable to put the book down. That is the magic, and when it works it helps to know, and conversely if it falls short.
'
That's all for today's interview. If you've recently read a book you like, post a review. Help others learn about that writer, too. And if action-adventure stories are for you, here's a link to learn more about John's books:
https://www.goodreads.com/author/show/4679853.John_H_Cunningham
Posted by Christine L.Henderson at 8:00 AM