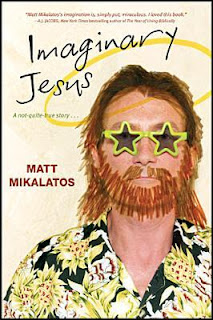 As I was reviewing books on Goodreads, the first book title I ran across of yours was Imaginary Jesus. My first impression was that it might have been a slam against Christianity. However, the details show it is more of a satirical look of how some Christians view Christ in their own personalized image to suit their needs. And your publishers are major Christian powerhouses.

You have such a satirical voice but well-grounded theology, so I have to ask, what is your background prior to writing these books – Divinity student? Seminary Professor? Pastor? Ex-engineer?
You're not alone in thinking that original cover -- which I love -- might be unfavorable to Christianity. My publisher re-released it with a new, less potentially offensive cover, and re-titled the book My Imaginary Jesus.

My background before writing the book was working for a large Christian non-profit (I still do actually!), and I was in seminary at the time. I've since graduated with my Master's in Biblical Theology.

What Christian writers helped to inspire you to write your books – either in a positive way or in a way to set the record straight in something you thought needed to be said?
I've loved C.S. Lewis since I was a kid, of course, and as I got older, I got pretty deeply into G.K. Chesterton. Both of these authors were people who wrote both fiction and non-fiction weren't afraid to use their sense of humor and had a unique way of looking at the world. That was inspiring for me, for sure. For Imaginary Jesus specifically, I was also inspired by Dante's Inferno and the idea of the author taking a journey while being led by a spiritual guide. 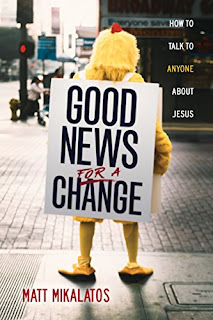 Since you don’t write in what I would consider the typical Christian apologetics (C.S Lewis, Lee Stroebel, Ravi Zacharias, etc.) how hard was it to find your first publisher?
It was much easier than you might expect. Hard work, definitely, but not some impossible journey. I had several articles in various Christian magazines, and I had met a Christian author named Gary Thomas (who wrote Sacred Marriage and whose most recent book is Loving Him Well: Practical Advice on Influencing Your Husband) who gave me some advice along the way and also the names of a few agents to talk with.

One of those agents took a look at an early draft of the book and didn't love it. He liked the concept, though, so he gave me some feedback. I rewrote some things, re-submitted to him, and he became my agent! He is the greatest. Then we shopped the book and it got picked up by my dear friends at Tyndale. I love them a lot.

Your most recent book, Good News for a Change: How to Talk to Anyone About Jesus, is published by the Navigators whose goal is to help believers share their faith in a way that won’t pound someone over the head with evangelism.  In this day and age of PC speech, many are uncertain about sharing their faith. What would you suggest they do?
Well, I think we can definitely talk about Jesus in a way that makes it clear that "Gospel" means "good news." That means learning to interact with people and get to know them enough that when I share the gospel, I say it in a way that is clear and understandable to them. I've shared my faith (often) with people from all different political and faith backgrounds and guess what? Most of them really enjoy the conversation and want to talk more! 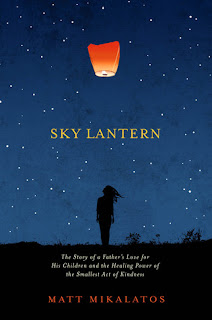 Organizations such as Freedom from Religion and the Southern Poverty Law Center in many cases have demeaned Christianity as either being merely primitive superstition or hate groups who aren’t in touch with everything that’s progressive and right. Does a Christian “turn the other cheek” to this agenda or battle against it?
I don't think these organizations are against Christianity as such, they're against certain ways Christians have chosen to present ourselves and speak into the world. I don't know that they're always wrong, honestly... we sometimes say things in an unnecessarily negative way, I think because we've become more concerned about political power than telling people the truth about Jesus.

I'd rather sidestep all of that and talk about the love of God for all people and the good news of Jesus for the person I'm interacting with. Besides, how often do you actually end up in an evangelistic conversation with someone from, for instance, the Freedom from Religion Foundation? Almost never? I don't want to spend my life fighting battles with distant organizations that don't cross paths with me when I could be talking with someone who is sitting across from me at the coffee shop.

An old Cole Porter song written in the 1930’s notes that “anything goes” but we’ve gone past that era in many ways. Do you believe the world is getting darker? If so, how does light break through?
I don't know how we measure that, to be honest. But I absolutely agree that the smallest light overcomes a great darkness. 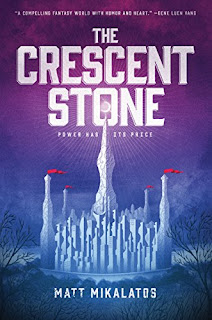 Any other thoughts you’d like to share?
One of the most important questions we can ask as we're talking to someone about Jesus is, "What would be good news about Jesus for this person?" Sometimes we get caught up in a "favorite" way to share the gospel, but it might not be as clear for the individual we're with. Jesus talked about the good news differently with the woman at the well than he did with Nicodemus. Let's find the thing that is most exciting and beautiful about Jesus for each person we talk to and share that with them clearly!

Do you have any new books in the works for 2019?
Yes! We're in the middle of a YA fantasy trilogy. The first book, The Crescent Stone, came out last year, and the new one, The Heartwood Crown, comes out this August! I'm really excited about it!

That’s all for today’s interview. If you’d like to learn more about Matt ’s writing, here are some links to get you started.