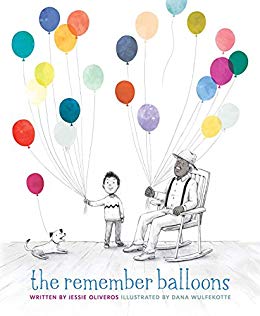 If you want to write books for children, you’ll probably want to join a local chapter of SCBWI (Society of Children's Book Writers). They offer multiple resources for learning the craft, workshops, critique sessions, and opportunities to pitch editors and agents.

Today’s interview is with a Golden Kite Award winner, Jessie Oliveros. She recently received the notice from Lin Oliver, Executive Director of SCBWI that she had won the award for picture book text! She’ll receive the award at the SCBWI Winter Conference in New York City. Now let’s learn all about her journey to publishing.

You've just released your first picture book, The Remember Balloons. How did you come up with the idea for your book?
While visiting my grandfather a few summers ago with my kids, I decided to write a picture book about Alzheimer's. He was diagnosed about five years ago. I wanted to make the disease, which is confusing, more accessible to children.

When I started writing the book, it was a straight-forward tale of a boy and his grandfather. But then inspiration struck—I thought of memories as balloons. (I'm a sucker for metaphors.) The boy's grandfather struggles to hold onto his balloons as he ages. The boy tries to catch them, but he can't. Yet, he finds another way to reclaim the balloons that his grandpa has lost.

How long did it take you to write it?
I wrote the rough draft of this book in an afternoon—which is unique for me. I struggle a lot with endings. Yet with this manuscript, I had a beginning, a middle, and an end in one sitting. Of course, since then, the manuscript has gone through several revisions. While I had the basic structure, there were many more changes to come.

What do you expect readers to take away from that book?
I hope that reading this book offers solace to those who have a loved one suffering from Alzheimer's. And even if they don't, this is also a tale of holding onto the memories of those who have gone before us. This is a story for everyone who has loved and lost.

What writing experience/credits did you have prior to writing that book?
This is my first published piece—although I did spend years before this trying to get published!

How has being active in SCBWI helped you in getting published?
Ten years ago, I had just decided I wanted to be published. I'd written off and on for years, but this time I needed direction. I remember attending an author talk of a book I had just read—Elizabeth C. Bunce. I found out she was teaching a workshop and attended. That was my first experience with SCBWI.

I remember at the workshop, she told me my writing was beautiful. I've never forgotten that. After the workshop, I attended a conference. I loved the community of writers SCBWI offered. Everyone working toward the same goal was truly inspiring to me. SCBWI really helped me get started on this journey.

How did you go about finding a publisher/agent?
After querying for years, I actually found my agent on Twitter. I pitched The Remember Balloons during #pitchmas—a Twitter pitch contest that has since retired from the Twitter scene.

My now-agent, Mike Hoogland of Dystel, Goderich, and Bourret, liked my pitch. We were talking on the phone just days later about representation. It all happened so fast—as did the pub deal. Less than a month after Mike sent out The Remember Balloons, we had interest from Simon and Schuster Books for Young Readers.
With my more recent submissions, I get a response anywhere from a couple of weeks to a few months later.

How do you write? Did you do an outline first?
For picture books, I like to plan much of it out in my head or on paper before I officially begin to write. For novels, I'm more of a pantser…at least at first. When my story takes more of a form, I'll outline the rest. My characters tend to develop as I go. I'm working on a middle-grade novel right now, one that's been in the works for years, and I'm still uncertain about some of my characters. As far as The Remember Balloons, my editor really helped me hone in on the character of my boy: James.

What did your editor harp on you the most in getting this book to publication?
I never felt like my editor was harping. I had two editors. My acquiring editor left Simon and Schuster for another house, and another took on my book. Both editors have been inspiring and patient, offering suggestions and asking questions in all the right places.

What surprised you the most in writing/publishing your first book?
I was surprised by the timeline from contract to publication date. My almost-three-year-old was just four days old when I received the offer. My book released in August. That's about 2 ½ years! But it was a full 2 ½ years, and I'm so happy with the final product! 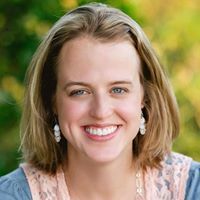 What I found frustrating, or difficult, was talking to booksellers about my book. It's kind of scary for me, but they've always been really kind and interested (if only politely interested) in my book.

What do you know now about writing that you wished you had known sooner?
I think I underestimated the power of reading in your genre early on. This is critical. Even if your book is different, you have to be familiar with what's out there.

What is the best advice you’ve been given about writing or that you’ve learned that you would like to pass along?
Patience. You have your whole life to get published. I know authors, debut authors, who are grandparents. No time is too late. Just enjoy the journey.

Do you have any other works in the process?
I do! I have a picture book biography that is currently on submission. I'm also revising a middle-grade novel.

That’s all for today’s interview. If you’d like to buy Jessie’s book and learn about other upcoming books, here is the link to her website - Jessieoliveros.com.
Posted by Christine L.Henderson at 9:00 AM 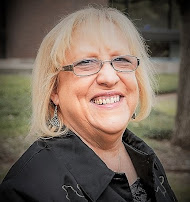 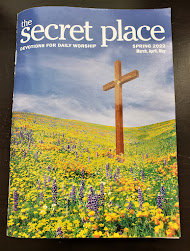 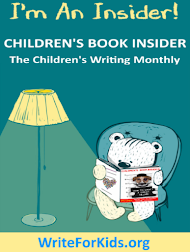