: The Reincarnation of Writing: Author Interview with Olivia Newport 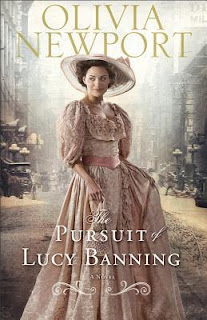 You’ve now written two unique series. One is on the Amish lifestyle and the other is about women at the turn of the 20th century in Chicago. What made you chose such totally different genres?
I'm just interested in very different subjects! The Avenue of Dreams started when a friend introduced me to the Glessner House Museum and Prairie Avenue Historical District in Chicago.

My Amish books, both the Valley of Dreams series and the Amish Turns of Times series grew out of discovering a genealogical connection to a passenger on one of the first ships to bring Amish families to North America and deciding to learn more about them.

Which one was harder to research for you?
Writing historical fiction always means getting the details right, and of course writing Amish fiction also adds the layer of writing across cultures.

How did your writing career begin?
Over the years, I've had various jobs that allowed me to use my gifts as a wordsmith within the organizations I worked with or as a freelance writer taking work-for-hire assignments. Somebody has to write those annoying paragraphs that teach fifth graders about literary devices! I'd always wanted to write novels, and about a decade ago decided to buckle down and try to make it happen.

Was your initial storyline so vast that you had to split it up into several books or did you plan on writing a series?
I've always planned a series from the outset. The only series I've added to beyond the original plan with the publisher was Amish Turns of Time because those books are all freestanding stories.

What is the hardest part of writing for you 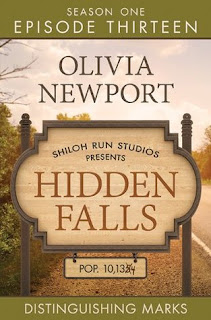 What does your editor remind you to do most often?
Haha. The copyeditor who works on a lot of my books is always catching chronology issues. With every manuscript, I think this is the one where she won't catch anything. And then she does.

What’s the best encouragement you’ve had in your writing?
It's hard to choose just one. But I'll tell you something from the past that encouraged me again recently. I've been on a binge to reduce the clutter around my house, including boxes I've been storing for decades without even opening. A few weeks ago, I went through the box of every paper I wrote in college and read many very kind comments from professors about my writing, even as they also made suggestions for improvement. I hope they would be proud of me now. But reading their words all these years later--before I released those old papers once and for all--made me grateful for everyone who has ever encouraged me.

We have all experienced rejection. How have you learned to write past it?
So many examples! On my computer, I have a folder full of proposals, or even full manuscripts, publishers rejected. In the closet of my office, I have binders full of research to support the rejected proposals. But nothing is ever wasted. Even now, on the manuscript I'm currently working on, I'm pulling from research for a rejected proposal and incorporating it into something new. So, I write past rejection by never throwing out the ideas or the research, because I never know when they might find reincarnation. 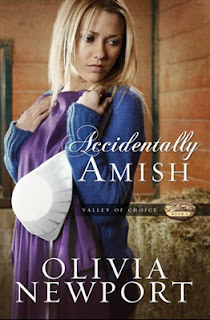 What has surprised you the most in writing and publishing?
Writing can be a lonely profession. You sit in your house, or perhaps a coffee shop or a library, and you do your job--often in addition to another job. But these days social media provides a wonderful community of other writers and readers to connect with during the journey. That's a joyous thing. It's a bit frustrating when there is dissension about the "right" way to publish. Writers have different goals, and different routes get them there.

What do you know now about writing you wished you had known sooner?
Also in my quest to declutter my home, I've pitched some very bad poetry and short stories from long ago years. Not every word you write is sacred. Sometimes the exercise of writing was the purpose, and you can throw it out and move on to something fresh and better.

What is the best writing advice you’ve received or could give?
Develop a thick skin. That's not original advice, but it's practical advice if you are pursuing publication.

Are there any other points about writing you would like to add?
Even though the writing life requires a thick skin, sometimes you just have to write. If that's you, then you absolutely should.

Your next book is part of a new series. What is the time and setting? Can you give me a short synopsis?
The Tree of Life series is time-slip stories--contemporary stories that "slip" into the past to unfold genealogy that bears on the conflict of the contemporary storyline. Four stories will release over the next two years. 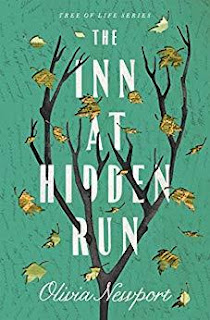 The first book is The Inn at Hidden Run. Meri’s family has been producing doctors for so many generations that no one remembers why, so when she flunks out of medical school, she runs as far from her parents as she can get. It’s only a matter of time. What she doesn’t count on is genealogist Jillian Parisi-Duffy and her father, Nolan, having her back when it takes everything she has to stay and face the truth that only unfolding her family’s history will reveal. When her family’s arrival inflames tensions and Meri finally does bolt, Nolan and Jillian may be out of time.

Sounds like it could have some unique twists and turns. If you’d like to learn more about Olivia’s books, here are some links to get you started.