Know When to Edit: An Interview with Laurie Gelman 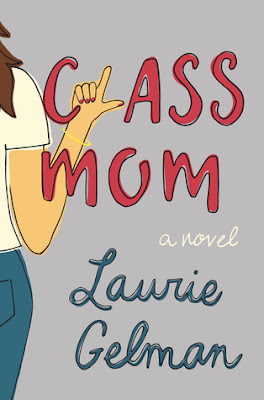 Most everyone thinks they can write a novel. What made you decide to write one? What inspired the story?
I actually never thought I could write a novel. I started by writing a children's book because I thought that would be easier. But after 47 rejections for my first book Two Weeks 'Til My Birthday, I was pretty much ready to give up.

A few weeks later, I was having lunch with my agent, complaining about how I hated being the class mom. He was laughing so hard and said to me, "That's the book you should write." And so I did.

How did you get connected with your publisher?
I was lucky enough to have had an agent from my broadcasting career. Within that agency was a writer's division, so I just asked them to look at my work.

How long did it take you to write your first book?
It took me three years to write the first one, and a year to write the second one.

Was the second book, that's coming out later this year, easier or harder to write?
The second one was definitely easier because I had fallen into a rhythm.

What does your editor remind you to do most often?
WRITE.

What has surprised or frustrated you the most in writing or publishing?
What surprised me the most was how long it takes to get a book published! You hand in your manuscript, and it's a year before the book comes out. That's what frustrated me the most as well. Coming from TV, I'm used to shooting it today and having it air that night. This waiting and waiting is torture.

What do you know now about writing you wished you had known sooner?
I wish I'd known you have to treat it like a job because it is one. You can't just write when the mood hits. You have to show up every day for at least two hours. It's the only way to get something finished.

We have all experienced rejection. How have you learned to write past it?
The biggest rejection has been the children's book. I mean, 47 no's in a row is pretty brutal. What I learned from it is to be open to listening and don't be so set in my ideas and ways.

What is the best writing advice you’ve received or could give?
The best advice I've received is: It's okay to write when your drunk, but you should edit when you're sober. Thank you, Chelsea Handler! 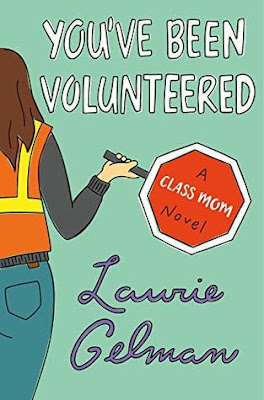 Can you give my readers a short blurb about your first book and what's coming up with the new one?
In Class Mom, we meet Jen Dixon who has an interesting past and an even more interesting way of handling her class parent duties. In the sequel, You've Been Volunteered, Jen is back but this time she oversees the Safety Patrol as well. It's so much more than that, but you did ask me to be brief.

Are there any other points about writing you would like to add?
Well, I have found that writing is quite lonely. So, make sure you have a good support system around you for when you come out of your writing trance.

Thanks for your input. If you’re looking for a good laugh, this sounds like it’s a good reading choice. If you’d like to learn more about Laurie’s book, here are some options.