Seek Out Your Champions: Author Interview with Lija Fisher 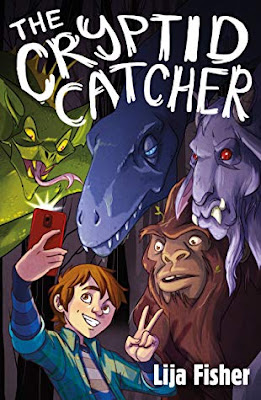 You have a BFA in Theatre Performance. What drew you away from acting to writing a book/series for middle-graders?
As a theatre actor, I rarely did back to back shows, so I often had a lot of down time in NYC where I was just doing the 'hustle'...working my day job and auditioning. It was during one of those times that I really felt the need to do something creative, even though I wasn't in a show.

I discovered that I really enjoyed writing, and my work as an actor gave me the ability to spin a good yarn, and before I knew it, I had a book written! Basically, I became a writer out of desperation when nobody would hire me as an actor!

Your bio also states that you were a Writer in Residence with Aspen Words. How did that come about?
The writing residency through Aspen Words and the Catto Shaw Foundation gave me a month alone in a cabin outside of Woody Creek, CO, where I had nothing but time to write and wander the woods for inspiration.

During my residency, I wrote the second book in my cryptid duology, The Cryptid Keeper. I had attended a summer writing conference through Aspen Words a few years prior, and truly felt like what I learned in that week helped my first book get published.

After I received my book deal, I applied for the residency and was fortunate enough to be offered one, and hope to someday be granted another one as it was so valuable to me. There's one that takes place in a medieval Scottish castle that I dream of being accepted for!

What drew you to writing an MG book about a child on a quest to find mythical creatures?
I happened to read an article about a hunting party that went out to find the Otterman in Alaska. I had never heard of the Otterman and after researching it discovered this whole world of cryptozoology or the study of 'hidden animals,' animals that might be real even though we lack scientific evidence. Like Bigfoot.

I first wrote the story as an adult novel and I got an agent based on that book, which was about a Delta Force soldier hunting down these cryptids. He encouraged me to re-write it as a Young Adult novel. That version was terrible, it was about a boy looking for dragons while wishing he had a girlfriend.

So, my agent suggested I re-write it again as a middle-grade novel, and that seemed to fit my storytelling voice the best. I didn't know I was an MG writer, I kind of stumbled my way there!

The whole process of writing three different versions of the same book took about a year and a half, and my agent was the only person helping me with the editing.

Are you active with any writing critique groups?
I'm not at the moment. I have a couple of friends who read my work and give me great notes, but in general, I just throw stuff at my agent and he guides me. He gets my voice so well and always steers me in the right direction.

How did you go about finding an agent/publisher? Did you go to conferences? Send out queries?
I got my agent by querying. It is possible to be found through the slush pile!

What is the hardest part of writing for you? Starting?
Probably the hardest thing for me is finding the 'heart' of a book. I love action and snappy dialogue and funny characters, but none of that means anything if readers don't care about the characters. I'm always ready to storm the castle but discovering why that's important to the people involved is always the tough part for me.

What’s the best encouragement you’ve had in your writing?
Honestly, the first literary agent who read my work told me NOT to join a writing group. He said to trust and hone my natural voice, and he was
worried that if I spent too much time being told what was wrong with my writing it would discourage me.

So, for the first few years I just wrote for myself, had fun with it, and never had anybody tell me my work wasn't any good, because I didn't show it to anybody! It was actually a really nice way to gain confidence in my writing.

We have all experienced rejection. Give me an example of how you learned to write past it.
I'd experienced so much rejection as an actor that by the time I began writing, the rejection didn't bother me much. I knew I enjoyed writing, I knew I had a tiny bit of ability to do it well, and I was just grateful to have the chance to be creative. I queried probably 100 agents, and only one responded, but my stories make him giggle the way they make me giggle so he's able to guide me to write my best work. Listen to those who say you're amazing, and close your ears to the others. Life is much more fun that way!

What has surprised or frustrated you the most in writing/publishing?
In publishing, there's no manual for 'what comes next,' so things can often seem like a mystery, especially after you're published! My editor would send me things like 'first pass pages' and I'd have no idea what they were or what I was supposed to do with them. Talking with fellow writers who had been through the process became invaluable.

What is the best writing advice you’ve received or could give?
The advice I would give is to write the story that makes you happy, that makes you giggle or cry or want to read yourself, the story you love, and then find your champions who feel the same way you do about your work.

Are there any other points about writing you would like to add?
You WILL be rejected, so find a way to love your work even when others don't. It's criminal to let someone's else's opinion of your stories crush your ability to tell them best. 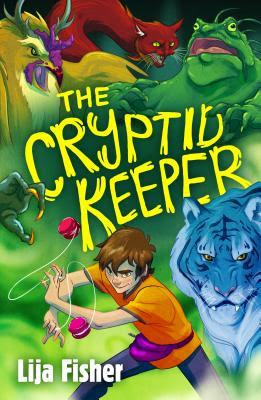 What is the next book coming out? Can you give me a short synopsis?
The Cryptid Keeper comes out August 20th! In it, Clivo and the Myth Blasters are back on the trail of the immortal cryptid, all while keeping Aunt Pearl in the dark about their dangerous adventures!

How many more “Cryptid” books do you think there will be in the series?
If it were up to me, so many more! Right now, the book series wraps with book 2, but I'm hoping it turns into at least a trilogy. But that all depends on how much love readers give it!