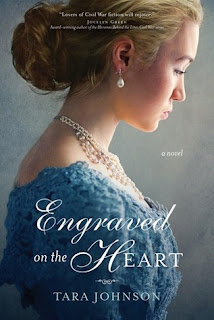 Today's interview is with a romance novelist whose stories revolve around the Civil War.  Being a big fan of Gone With the Wind (book and movie), I knew we had to have a chat. Her debut novel Engraved on the Heart earned a starred review from Publishers Weekly, as well as numerous other accolades. She has articles published in Plain Truth Magazine and Live It Loud Magazine and has been a featured guest on Voice of Truth radio, Enduring Word radio, television, and podcasts. Now let's learn about her writing story.

What drew you to writing historical romance?
I grew up reading Little House on the Prairie and Anne of Green Gables. When my Mom started bringing home books by Lori Wick, I was entranced. I’ve loved historical romance ever since.

What type of research do you do in writing a story with a historical base? Tell me about the process.
I read as many books as I can find on the particular event, location, and/or person who inspired the story I’m wanting to write. I also read journals by people from the era. Internet research helps tremendously if I get stuck finding obscure information.

How much “artistic license” do you use in creating locations for your stories?
I tend to try to use real locations in my books. If possible, I try to visit and get acquainted with the scenery, layout, flora, and atmosphere of the town where the story is set.

Have any readers complained that your area descriptions aren’t correct?
I’ve never had any complaints yet, but no author can be correct all the time. I can only strive to write the best story possible and make every effort to respect the location.

How did you go about finding a publisher?
Laura Frantz, a very talented and extremely kind author, suggested I approach her amazing agent Janet Grant. I was so green and did everything completely backward in my interactions with Janet, but she was incredibly gracious. After several months of chatting with her, she signed me as a Books & Such client.

I had several different projects, both fiction and nonfiction. Janet submitted several, at least two or three, to multiple publishing houses during the first year or two. Several of them came close to being picked up but then the market changed. 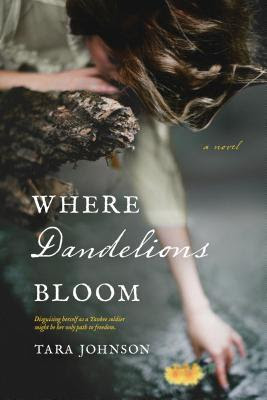 I tried not to be discouraged and give in to the temptation to write for the ever-changing whims of the publishing market. It’s far too unpredictable. Instead, I focused on writing what I loved.

A year later, I sat across the table from Jan Stob (Tyndale House) at the national American Christian Fiction Writers Conference and pitched her my latest project, a Civil War story about a girl with epilepsy. Tyndale picked it up a few months later. God has been so incredibly kind.

How long did it take you to write your first book? How many rewrites did you do on it?
It took me about five months to write the draft of my very first story. When I came to understand the craft of writing, I think that story went through at least seven major rewrites to get it into shape. No one had eyes on the manuscript other than me, but a host of people contributed to its rewrites: instructors of the writing conferences I attended and authors of the craft books I devoured. Julie Lessman and Laura Frantz were huge encouragers during those early days.

Did you ever want to give up writing your first book?
I wrote my first book purely for the fun of it. I had no desire to quit. Looking back, I had no idea how terrible it was! But that’s okay. We start where we start. Once I figured out writing was something I wanted to pursue, I dove headlong into learning the craft. I attended as many conferences as I could afford and gobbled up as many craft books as I could get my hands on. My writing improved dramatically in just a few years.

How long does it take you now to write a book? How do you write?
Including the research time, it usually takes me around seven or eight months to write a book. I immerse myself in research for a month or two before I begin the actual writing process. I also spend that time delving deep into my main characters, learning their wounds, fears, goals, and history. I follow a very loose skeletal outline. I generally know what the inciting incident will be, some of the major obstacles and the midpoint crisis. Everything else I discover as I go.

What are some of the more difficult aspects of writing a historical novel?
The research for Civil War stories is incredibly intense. Every detail must be checked and double checked.

Have other novels been started and stopped along the way?
I’ve never given up on a novel partway through writing it, although it was a temptation during the last story I finished! The setting was wrong in the beginning and it went through several major rewrites.

What do you know now about writing/publishing you wished you had known sooner?
So many writers drive themselves crazy, riding the pendulum of emotions and insecurity in trying to get published. Once the craft is solid, so much of it is just about timing. A publishing house may pass on a project because they have another author writing in a similar genre, they have just picked up another story too similar to yours (even though your writing may be better), or their general overarching long-term strategy as a business might be changing, affecting how many authors they can sign.

Rushing ahead of God’s plan is a recipe for disaster. Be patient, and wise enough, to wait for that perfect timing. So many times, authors feel they need a contract for their own personal validation, but in truth, timing plays as critical of a role as ability.

What other books do you have in the works?
I’m currently working on edits for my next Civil War novel with Tyndale, tentatively entitled A Song for Cadence, as well as finishing up the rough draft for a brand-new story based around the burning of the Shenandoah Valley.

What is the best advice you’ve been given about writing or that you’ve learned that you would like to pass along?
I received two great pieces of advice early on in my writing career. The first one came from Tamera Alexander. She said, “Your books are not your babies. They are a product. Never confuse the two.” 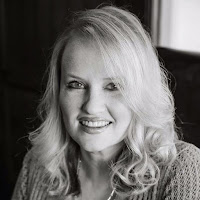 It was such a terrific observation. Keeping this distinction in mind takes the sting out of criticism, and helps me remember my worth has nothing to do with how well or poorly my latest story is received.

The second piece of advice was, “Villains are always the hero in their own story.” I’ve never forgotten it. This simple thought prevents me from writing cardboard characters. We are all deeply flawed, yearning for significance and desperate for love.

Good points! If you’d like to learn more about Tara’s writing and what’s coming up next for her, here are some links to get you started.