Creating an Imaginery Town: An Interview with Cynthia Ellingsen 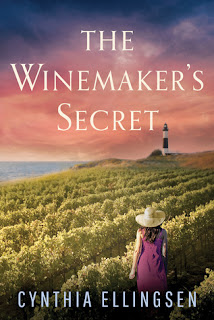 When we first chatted some time ago, your Starlight Cove series was just beginning. You’ve now published three books in that series with the last one just out. Are you working on additional books in this series?
I have had such a wonderful time writing the Starlight Cove series. Revisiting northern Michigan in my mind, even though the town is imaginary, has been so much fun. Currently, A Bittersweet Surprise is the last book in the series but you never know what the future will hold.

Did you start with the idea of being a book series?
The Lighthouse Keeper was the first book set in Starlight Cove. I did not intend for it to become a series, but once it was written, I wanted to further explore the town, the cozy mysteries, and the characters there. This was also the first time that I ever wrote with a complete outline in place because I found that, in writing a mystery, it saved me a lot of time and heartache to know exactly what was happening before I start writing the book.

How much do you actually visualize your characters?
As for characters, they always come to me last because I want to write the person that makes the most sense within the context of the plot. I want to discover a character who will change and grow - and needs to change and grow - as a result of the events that unfold. It helps me to visualize a character by looking at pictures. Often, my male hero will be based off of some movie star or another, haha.

How do you plot out the books?
The Starlight Cove series did not follow the main character from book to book, it followed the town. I think that that’s fun for my readers as well, and the reason that they continue reading on. The great thing for me about doing a series in that style was the world-building. The town was there after the first book and always served the future stories. It was fun to revisit Starlight Cove and to think about what different shops or characters might be appropriate to appear again in the next book. 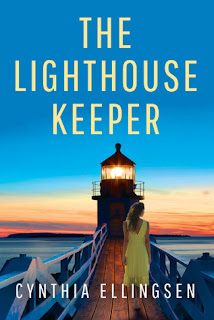 Is Brent Taylor at Triada U.S. still your agent? Could you tell me how did that come about?

Yes, I am still with Brent Taylor at Triada US and I adore him. We met at the book signing for my first book, The Whole Package. I kept half an eye on his career from that point on, because I liked him and was rooting for him. My previous agent and I started moving in different directions, so I reached out to Brent to see if he would be interested in representing me and yay, he said yes.

It took us about six months to sell The Lighthouse Keeper, and I have to say: Brent is persistent, fearless, and amazing. He got the book into the hands of the publisher with the ability to make The Lighthouse Keeper a bestseller - we've sold over a hundred thousand copies!

Since you have already published many novels, do you still need to do a synopsis and a blurb for submitting to editors?
I’m on my sixth book now as a professional writer and tragically, nope, no one says, "Hey, yeah, just write me a book." I still need to create a detailed synopsis and sample chapters to submit a project.

For me, I follow the beat sheet in Save the Cat by Blake Snyder because my background is in screenplay writing. However, before I can even write an outline, I usually write about 50,000 words first. That helps me learn what I’m writing about, as the first three chapters typically involve the most set-up and character introduction. I find that nearly impossible to write until I’ve found the story. 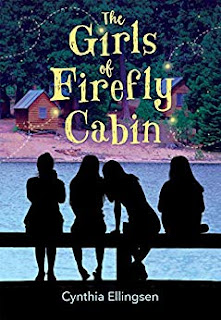 In our previous interview, you said you rewrote a character for a book that was getting rejections. How did you change her?
Yes, the character that did not resonate with editors the first time The Whole Package went on submission was Doris. She is one of the three main characters in the novel. Changing her was a major rewrite in some ways but by then, I knew the story so well that it was easy to change certain aspects of her character to make her more likable. That said, she's still flawed at the beginning of the book - I think your main character has to be! - to achieve growth. It's just finding that fine line between flawed and still likable.

This year you also published your first MG novel. How did that work out?
This was my first-year having a middle-grade book out in the world, hooray! The Girls of Firefly Cabin. It has been so fun writing in the voice of characters that are the same age that I was when I fell in love with reading. Albert Whitman (publisher) created a beautiful cover and book that I’m very proud of. It will be released as a paperback this spring.

Is there a genre you love reading, could never see yourself writing?
Hmm... You know, I absolutely love science-fiction but I don’t know how to write it. Maybe one day I’ll delve into that. 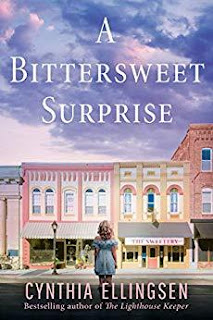 Right now, I’m working on a romantic comedy. I’m getting back to my roots, the style of the first two books I had published. It’s been a lot of fun to write but I’m still in that first 50,000 words stage, so I can honestly say that I’m still waiting to find out exactly what it’s all about. I’ll keep you posted!
Thank you so so much for chatting with me today. I really appreciate connecting with readers and I love being a part of your blog. Have an awesome day!
That’s all for today’s interview. If you’d like to learn more about Cynthia’s writing, here are some links to get you started.