Writing to Engage Your Reader: Author Interview with Jerry Rogers 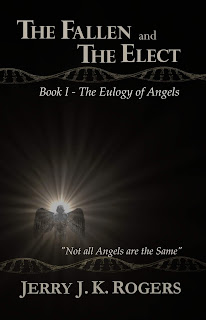 What made you decide to write that first novel?
I’ve always had an interest in angels, and not just how they interact on a personal level, but the impact would they play in causing events in human history through the background of major events. There are incidents in my past that have the fingerprints of angels.

What drew you to writing about angels and the Catholic church?
After doing some research and discussing my ideas with friends and family, they thought it more interesting and grounded to focus the story around the Church playing a primary plot in the series since it has a strong affinity towards heavenly messengers.
How long did it take you to write your first book and do your rewrites?

The first book in the series took a little less than three years, including research. This includes two rewrites, not counting edits after the very first draft which was a hot mess, as expected.

Who helped you with the editing?
A couple of friends and a barista I became acquaintances with at a coffee house were wonderful in pointing out the weaknesses, as well as the strengths as I developed the story. I met my current editor while on a train trip from L.A. to Chicago through Texas.

Are you active with any writing critique groups?
I’m currently involved with a writing group composed of co-workers from where I worked before I semi-retired.

Did you try to go the traditional route and seek out a publisher first? 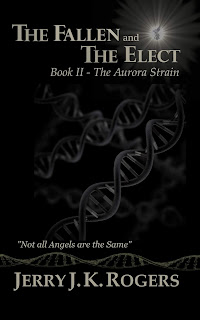 A friend in the writing group I’m associated with started with the indie route for his seven-book series. After he completed his third, he got picked up by a traditional publisher. During one of our get-togethers, he hinted at having second thoughts. He didn't like their ideas of renaming the book series, changing characters, redoing cover art concepts, and modifying the storyline.

What is the hardest part of writing for you?
Tension. You want to make sure your characters have a balanced sense of conflict and tension, and not a forced or contrived set of circumstances just to move the story forward. Creating the right scene can be a challenge because I want to make sure it matches tonally and not used as a convenient plot point to make the story “exciting.”

Making sure the transition from scene to scene is coherent tends to be a challenge as well, so that the story doesn’t come off as episodic and discontinuous. Then there’s dialog, which I enjoy writing. It can convey a lot about your characters and help to build tension, but I work to ensure that I don’t become overly reliant on it which for me, is easy to do.

What’s the best encouragement you’ve had in your writing?
My writing is not Young Adult oriented, but I've received compliments on it from high school students. While at a convention with fellow friends/authors, a high school student came up and said how much she enjoyed the first book in my trilogy and was looking towards the next two. 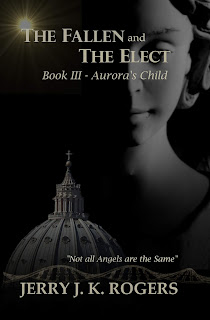 Then one evening when I was having coffee with my nephew he said, “You know Uncle Jerry, I read your books, and wow, I must say, I was expecting something much different. I really enjoyed them; they weren’t like other self-published books that I’ve read. With yours, it was like reading actual novels.”

How have you learned to write past writing rejection?
With my standalone religious surrealism work, a reader and fellow author noted there was such a major shift in the story, it severely took him out of the story. I stepped back from reading the novel from an author’s viewpoint. Guess what, I saw what the reader had mentioned after reading it from a different perspective.

At first, in my mind, even after the edits, it was connected. The new viewpoint allowed me to see the cracks in the story and provided a cool opportunity to revise and integrate changes to help coalesce the book. Also, the editor at the time accepted the shift in the initial work as intentional during our collaboration. I learned to appreciate him letting me develop the story as I first saw it, and then helping during the latter changes. Having a background in the military, we learn criticism is to help you become a better you.

What has surprised or frustrated you the most in writing/publishing?
What surprised me most was the ease of indie publishing, which can also be frustrating. You’re the one responsible for finding an editor, proofer, copy-editor, beta readers, cover art design, book format, and set up (paperback and e-book), ISBN…etc. 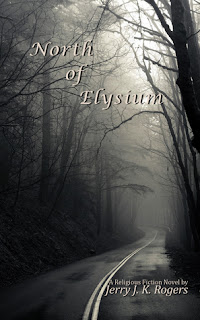 It’s not hard, just time-consuming working to get it right. I do like the flexibility that the story can be improved down the line. I’ve always enjoyed writing with ideas buzzing like a beehive (cliché’) in my mind.

I write down the best thoughts; boy talk about a bunch of notes and story fragments. Once I get working to put it all together, making sure it’s coherent can be a challenge. The reader deserves more than a mish-mosh of semi-coherent random thoughts.

What do you know now about writing you wished you had known sooner?
Ideas, thoughts, and ruminations that drift through your mind don’t necessarily flow naturally into words. I also never knew I consistently use certain words such as just, decide, and knew. So, I created an “outlaw” word list. I compare my writing against the list during my self-edit phase before it goes to the editor. Over time, I found myself using the outlaw words less. Once I get into a writing flow, I want to enjoy the stream of consciousness that occurs.

What is the best writing advice you’ve received or could give?
Never take criticism personally, even if it’s delivered in a harsh manner. It’s one of the best methods to identify what needs to be strengthened. Sometimes, individuals may be reacting to concepts, ideas, and situations, or it's a genre they’re not comfortable with or understand. As one mentor mentioned, and from what I’ve read from other authors, what some dislike about your work may be the exact reason others like it.

Are there any other points about writing you would like to add?
I like the view that the reader is in control, and in the end when they’ve finished your story, you hope they enjoyed your work.

What is the next book coming out? Can you give me a short synopsis?
I’m switching up genres working on a soft science-fiction novel. Set in the future, it’s centered around the social acceptance of the main character’s occupation as an assassin within a Governing House in the galaxy. He begins to have severe doubts about his occupation and its moral implications. The impact of his decision to step away and repent from his actions results in major consequences in his life and other Great Houses in the galaxy.

Sounds interesting! If you'd like to learn more about Jerry's writing, here are the links to use:
https://jjkr-writings.info/https://www.facebook.com/fallenandelectbooks
https://www.amazon.com/Jerry-Rogers/e/B00GLG8DQ0?ref=sr_ntt_srch_lnk_1&qid=1590183897&sr=1-1