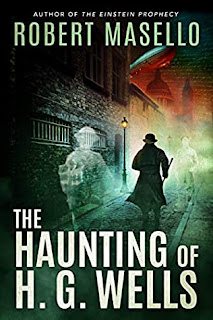 My interview today is with an award-winning journalist, TV writer, and the bestselling author of many novels and nonfiction books -- including books on writing. Though that gives me many options to discuss his writing, for this interview, we're focusing on his suspense writing.

What drew you to writing mystery /suspense novels?
It was all rather a fluke. It’s true that my mother, a writer herself, was a fan of those Gothic mysteries – you know, the ones where the cover showed a young governess in a cloak fleeing from the brooding manor house on the hill – and I was always influenced by what she was reading.
In any event, I was trying to break a contract clause with a publisher many years ago, and to do that I wrote just a chapter of a supernatural suspense novel, and to my surprise and my agent’s, the publisher liked it and bought it. Ever since, I’ve been writing in the historical and suspense genres. And happily so. 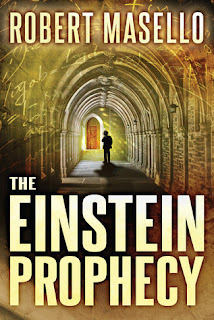 What type of research do you do?
I do a lot of research for my novels – the old-fashioned way in libraries and increasingly on-line. Thank God for Google! It has made my work so much easier. If I need to know what kind of saber an English cavalry officer might wear, I can look it up, even in the dead of night, from the comfort of my own home.
The hard part is knowing when to quit the initial research phase – there’s always so much more to learn – and when to simply start writing the book and fill in the gaps as you go. I know writers who get lost in the research stuff and never emerge!

Why do you choose historical figures like Einstein and H.G. Wells and Robert Louis Stevenson as baselines for your stories?
That, too, is a strange occurrence – I wrote a novel called Blood and Ice, years ago, in which historical characters, including Lord Cardigan and Florence Nightingale, appeared, and I found it added so much to the heft and believability of the story, which was, in essence, a Gothic romance between a young nurse in the Crimean War and a present-day photographer in Antarctica. (Plainly, there was some time-juggling involved.)
The book did very well, and before you know it, I was writing a follow-up novel, The Medusa Amulet, about the Renaissance sculptor Benvenuto Cellini and his centuries-long love affair with his model. Then it was onto the Romanovs and Rasputin for The Romanov Cross, and so on. I love history, and enjoy sharing what I’ve learned. 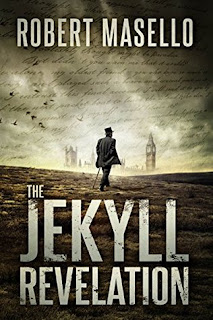 What’s the hardest part about writing suspense?
These days, the hardest part is dealing with technology! So much of suspense has always hinged on people getting lost, being unable to communicate with each other, or find their way somewhere. Now, with cell phones in everyone’s pocket and navigation systems in cars, etc., it’s tough to throw enough obstacles in their way.
Also, it’s always a matter of figuring out how much information to dole out to the characters, and to the readers, while maintaining credibility and the necessary tension and suspense.

What do you know about writing/publishing now that you wished you had known sooner?
How long and laborious a process it is. You really have to have lot of patience and fortitude. It takes me a year or more to write each book, and at least that long for it to go through the publishing process and eventually hit the stores. And sometimes it takes awhile after that for the book to find its audience. You have to be willing to play the long game. 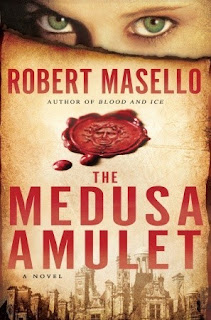 What’s the best advice you’ve been given about writing?
I had great writing teachers, including the late Robert Stone, who won the National Book Award for Dog Soldiers, so I’ve been fortunate in that respect. But if I had to come up with one thing, I’d say it’s the advice to go deeper into my characters, for motivation and insight.
What makes readers care about a story is that they become invested in the characters, and the better you can render those characters’ inner life, the more your readers will want to continue reading to find out what happens to them.

What other books do you have in the process?
The Haunting of H.G. Wells is of course my most current book, recently released, and I’m happy to report that for a couple of weeks it remained high on the Amazon Top 100 list. It’s selling briskly, most notably in the UK, where H.G. Wells, author of such classics as The Time Machine and The War of the Worlds, may be even better known than he is here in the States. And its heroine is Rebecca West, the greatest English journalist of her generation, and an ardent suffragette.

Like most writers, I never talk too much about whatever book I’m working on next – you could jinx it! – but I am starting to pull together the threads for another of my historical suspense novels, this one involving some prominent American figures from the 1930s. I’ve got a few chapters done, but I’m still looking for the rest of the darn plot! (If anyone finds it wandering the streets, please give me a call!)

I like that tease about the next book. I've read several books set it that time frame so you definitely have my interest. If you'd like to learn more about Robert's books, here's how to get started.
Website: www.robertmasello.com
Goodreads: https://bit.ly/3ngCjmY
Amazon: https://amzn.to/3joT5hn
Posted by Christine L.Henderson at 7:00 AM