Interview with Lisa Grace, author of Angel in the Shadows 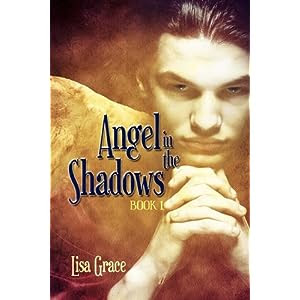 Prior to writing, Angel in the Shadows, what was your writing history?
I've written plays and songs that have been performed by children's theater groups. I also wrote a technical manual as part of my job at a major computer industry firm. I've been writing stories since the age of five, but never pursued publication before the Angel series.

What motivated you to write Angel in the Shadows?
Teens have such a fascination with the supernatural, but almost all of the books and movies out in the media promote made-up supernatural creatures like vampires and werewolves. I wanted to make the Bible's supernatural world real for teens. My tag line is the difference between vampires and angels? Angels are real.

Did you write this book strictly for the Christian market or did you want it to be a crossover book?
I didn't write this book for the Christian market. My publisher is not an ACFW approved publisher and so far it is not carried by any of the Christian distributors like Biblica. I wrote it to reach unsaved teens that are attracted to books like the Twilight series by Stephenie Meyers and the Harry Potter books by J. K. Rowling. It's the kind of book I would have read when I was a young pre-teen/teen

How did you research writing this book for teens? Did you read any of the Twilight or other vampire books?
No. I didn't want to influence my vision of the way I wanted depict reality. I finally read Frank Peretti's This Present Darkness over Christmas vacation because I was getting so many comparisons to his writing. I did read several theologians books on angels and demons, then I wrote down a set of rules I would follow to make sure the angels and demons stayed as theologically correct as I could make them within the boundaries of my limited human understanding of God's marvelous supernatural reality.

Many people believe in angels merely as nice little helpers as in the “Touched by an Angel” TV series. But your book paints them in another light. What types of reactions have you received to your fallen angels as being real?
At readings and signings, I get many people who want to meet me and tell me their encounters with angels. Maybe I'll write a book someday of their stories. I have had a couple of negative reactions at Barnes & Noble book signings where someone would come and make a foul remark about Christianity in general.

What do you want the readers to take away from reading this book?
You are either saved or unsaved and there is only one way to get saved.

I understand you did a twenty-city national tour for this book. What was your experience like in traveling around the country promoting your book?
My husband, daughter, and I traveled by van to do the signings at the Barnes & Noble stores. It took a couple of months because we kept running into blizzards in North and South Carolina, so we would have to stay extra weekends to fit in the rescheduled signings.

The best part was driving up to a store and seeing Angel in the Shadows displayed in the front windows of the B & N's. Nothing makes a book more real than that. I took pictures, of course. I love how Barnes & Noble gives its authors the royal treatment. Posters up, books in the window and displays, and a cup of coffee. My daughter feels at home there; we home schooled her that year. The reaction that surprised me the most was, I was treated much better by the press out of state. Here in Florida, the press ignored me, but out-of-state they would write articles in the newspapers. My daughter thinks I'm famous because of the way we were treated on tour.

What is the status of the 2nd book?
I've finished Book 2 in the Angel series and now I am polishing it. I'm working on getting an agent because I would like a broader distribution deal and I would like to put both out in paperback to make it less expensive for teens. But if not, my current publisher wants it.

You are also working on an adult historical thriller tentatively titled The 15th Star. Where are you in the process now? What is that story about?
Linda Yezak, my editor, and I are working on The 15th Star. I hope to have it ready in the next few months. It's based on a real-life history-mystery. The Star Spangled Banner is missing its fifteenth star so I wrote a fictional account of who I think has the star and why. First readers describe it as National Treasure meets 1776.

What surprised you the most about the publishing process? What do you wish you’d learned earlier about writing?
How good authors are expected to be at self-editing, how much promotion you are expected to do on your own, and how small the publishing world really is. Every agent and acquisition editor knows of everybody else.

What’s the best advice you’ve received about writing?
Keep learning. Write one thousand to two thousand words every day. Finish your manuscripts and don't give up.

What’s the best advice you could impart to other writers for encouragement?
Finish your manuscript and don't give up. The sense of accomplishment you will feel holding your God-given book in your hands is worth it.

If you would like to learn more about Lisa Grace and her books, here's some links to get you started.
Top Ten Most Challenged Book List of 2010 article
http://shopping.aol.com/articles/2010/05/07/top-ten-most-challenged-books/
Lisa Grace
Angel in the Shadows,Book 1 by Lisa Grace ISBN #978-1-60911-001-7
AOL's Top Ten Lisa Grace Books
http://www.lisagracebooks.com/
Posted by Christine L.Henderson at 8:00 AM