Bringing Humor into the Light: An Author Interview with Janene Murphy 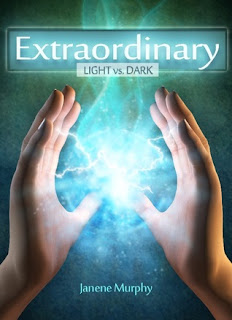 My interview today is with Janene Murphy who considers herself to have a sort of  Dr. Jekyll/Mr. Hyde personality. She loves writing both YA fiction and  humor. That may make it harder to build a fan base in one genre, but this bouncing between the two keeps her sane.

What made you decide to take on the challenge of writing a novel? How long did it take you to write the first book? Who helped you with the editing?
Though I always loved to write, I never gave serious thought to becoming a writer until I was thirty-nine years old. Looking back, it must have been a mid-life crisis. It took a year to write then I sent it off with a kiss to two dozen agents. Those that responded said it wasn't ready for prime time. They were right. So I re-wrote it, had my editing god -- my mom, a former high school English teacher -- take a look at it and then re-wrote it one more time. It did pretty well in a national contest but I was told it still needed work.  In the end, I decided the best thing to do was move on with something else. So I threw it into a drawer. One day I'll crack that drawer open again but it won't be soon. I've got other plans.

Then the first published book was Extraordinary: Light vs. Dark. Could you give my readers a short synopsis?
Extraordinary is a story about Alina Nichols, who thinks she's just a regular teen until she's forced back into a world she can't remember. Is she a Light Warrior? Can she help The Light defeat The Dark? No one is sure. If only there was more time. The Dark is on the move and heading straight toward them. Its fiercest soldier, Darryn, has power like no other and he's bet on total destruction. I’m currently writing the sequel to Extraordinary: Light vs. Dark..

Prior to this first book, have other books been started and stopped along the way? What other published piece did you have prior to writing that book?
I've written two other books since that very first one. They're in mothballs, too. Maybe they'll come out one day, maybe they won't. Either way I learned a lot while writing them. The only other published piece I wrote before Extraordinary is a flash fiction piece called "Irma Slinkbottom's Recipe for Cold Fusion." Spoiler alert: It's kind of silly.

I love the title of your second book, Moms are from Mars: a savory blend of memories, opinions, advice and ridiculousness. How did your family feel about you writing this book and making their life so out in the open?
There isn't anything in the book that didn't get the Murphy family stamp of approval. When it came to my kids I even left out a few stories they'd said were okay. I am very protective of my children, plus I realize they have the means to put soap in my corn flakes. That's why most of the anecdotes feature them when they were very young and cute, if not misguided. As for all of the embarrassing teen stories? They all involve yours truly. I have no shame.

Now when it comes to my husband, I'll admit I did sell him out in a couple of places. But I've never quite forgiven him for laughing at a joke while watching Fraiser in the delivery room while I was screaming with labor pains before the birth of our second child.

Of course, there's also my brother. In his words, I kinda sorta threw him under the bus. But he was cool with it. He's not the crazy, sarcastic kid he was as a teen. Now he's a crazy, sarcastic adult. :) Seriously, he's one helluva guy and my husband is the absolute best. Maybe he's my reward for something cool I did in a prior life -- like develop the smallpox vaccine or invent Twinkies. 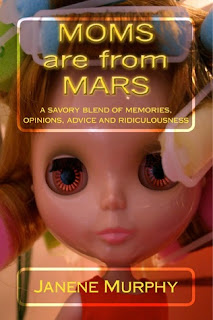 Any plans for a sequel?
Maybe. I have lots of screwy stories in my arsenal.

Tell me about your quest to publish your first book? How many sources did you pitch?
After I wrote my first book, I tried for a year to get an agent. It was exhausting. After my second book, I tried again and snagged one. That felt WONDERFUL! I'd thought all my hard work had paid off and I'd be living on Easy Street. The book offers would just roll in! Only that didn't happen. My book had whispers of gods and goddesses, something publishers weren't in need of at the time. My agent couldn't sell my book. We ended up parting company. What a bummer.

When did you decide to self-publish?
During the same time I was working with an agent, once of my critique partners was having difficulty with her publisher. She got her rights back and decided to go the self-publishing route. It worked well for her and she never looked back. That gave me the courage to self-publish.

How do you write? Do you do a journal of little snippets you hear or see?
First, I let the main story gel in my head, then it's a flurry of scribbling in notebooks. After that, it's note cards and a barebones outline that is slowly filled in as I write. Before I plunge into writing, I am well-aware of the key scenes I need to propel the story forward. Oftentimes I write them beforehand -- not polished, just the bones of dialogue.

And yes, I do have a snippet journal which I keep in my purse. You never know when inspiration will strike.

What type of publicity do you do to promote your book? What has worked best for you in generating sales?
I'm still learning the ropes in this department. There are so many avenues to explore. Being a blogger with a fan base has helped but, with that said, I've found plain old word of mouth has worked best.

I love how your blog gives positive tips for teens in living with their parents. Do more of your comments come from teens or moms? Can you think of a particular response from a reader that encouraged you?
As with most blogs, the majority of my comments come from fellow bloggers. People can be funny about leaving them -- that is, unless it's a "help me" sort of post, like finding out what color season they are. Then I get comments from all sorts of people. As for one particular response that encouraged me? That's hard to answer. There have been many. I can say, though, that I love hearing from readers. Knowing people are out there enjoying my stuff is encouraging.

What do you know now about writing/publishing now that you wished you had known sooner? 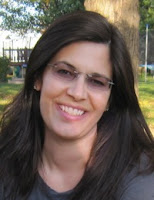 When it comes to writing I wish I'd known that the first draft of a book is only the beginning. A lot of time is spent in editing mode. It's not as fun as writing but critical, nonetheless. As for publishing, I'd wished I'd known that new releases become "old" rather fast. I wish I'd spent more time on pre-release promotion. There are also a lot of meta data techniques I still need to figure out before I publish my next book.

What is the best advice you’ve been given about writing or that you’ve learned that you would like to pass along?
I've learned that you can never stop thinking your craft can't be improved. There's nothing worse than a person who writes their very first manuscript and thinks it’s God's gift to the earth. Keep working to get better. Be eager for constructive criticism from people whose writing or knowledge you respect. It's not always an easy but if you really listen and work hard you will become a better writer.

Janene, thank you for taking the time to share your thoughts on writing with me. If you would like to learn more about Janene and her writing here are some links: Website   Amazon Author Page   Goodreads