A Haunting Interview with Kathryn Knight 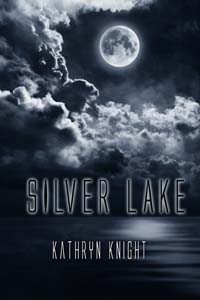 In honor of Halloween this month, I thought it would be appropriate to start with a writer who dabbles in ghosts. So, let's get started and find out how she webbed her eerie tale.

Let's start with the basics. When did you actually start writing your first book?
Thanks so much for having me here, Chris! I had most of Silver Lake written in my head for years before I typed a single word. I’ve always had a passion for reading, as well as an active imagination, so I often entertained myself by making up elaborate stories.

How long did it take to complete your first draft? Who encouraged you along the way?
My husband encouraged me to start writing the manuscript, and I finally began in a spiral notebook during an 8 hour car ride. It took me 2 ½ years to complete the first draft, and my husband continued to support my efforts throughout the journey. I re-wrote Silver Lake no less than 4 times before it was contracted by my publisher.

Prior to writing paranormal/romance books, what other published writing did you have?
I had absolutely no publishing experience—I began writing Silver Lake before I fully understood just how challenging the entire process would be. And I’m grateful for my naivety at the time, because I’m not sure I would have pursued my dream had I been more knowledgeable.

A life-long passion for reading served as the foundation for my initial attempts. Along the way, I spent hours and hours researching creative writing online, and I enrolled in a few courses. I never had a writing group, but I did have Beta readers. Then, I was lucky enough to find an editor who loved my query and initial chapters. She read the entire manuscript and gave me a ton of feedback when she had finished. While she told me she couldn’t recommend Silver Lake for a contract at that point, she thought it had tremendous promise. She was kind enough to give me details of what would have to change to make the manuscript marketable.

It was really a leap of faith for both of us. She had no guarantee I’d stay with it, or resubmit to her if I did. I had no guarantee of a contract even if I did go back and rewrite. But in the end, after one more small re-write, I sold my first novel to The Wild Rose Press.

Romance writing is such a broad term but it has many sub-genres. How did you go about finding a publisher for your type of story?
Romance is a huge genre, holding the largest percentage of the U.S. consumer market in sales. The great thing about that is there are now a number of publishers focusing exclusively on romance. So that’s where I began, sending out queries to smaller presses actively seeking romance submissions. The Wild Rose Press is one such publisher, and we have many different lines to categorize the different sub-genres. Initially I submitted Silver Lake to the Romantic Suspense line, but eventually it was turned over to Paranormal Romance, as there is a strong paranormal element (a haunting) driving the suspense.

What has surprised you the most about getting published other than the joy of seeing your book in print?
The incredible competition for readers surprised me. There are just so many books vying for attention, and self-promotion is an absolute must. It’s overwhelming at times, but it’s something all authors need to do in this market. I’ve come way out of my comfort zone this past year, doing book signings, author presentations, radio shows, and even a television interview.


What advice would you give someone who thinks they have the great novel in them just waiting to be told? What is the best advice you’ve been given or learned?
Don’t be deterred. Writing a novel is a tremendous endeavor, but if you don’t start, it will never happen. There is plenty of time along the way to strengthen your skills and improve your writing. Some of the best advice I received on writing involved pacing, and this came from the editor who initially rejected Silver Lake…when I was already in the query process. But several re-writes later, I can see how her feedback helped turn the manuscript into a true page-turner.

Another great piece of advice came from an online seminar hosted by a literary agent. She said agents like to see the “hook” immediately—the conflict, ideally, should be on the first page. If not page one, it should be within the first three pages. This is especially important for new authors.

How much time daily do you have for writing? Do you write full time? Or do you have a second job to support your writing?
I held two part time jobs while writing Silver Lake and Gull Harbor. Recently I resigned from one in order to spend more time on writing and promotion. I wish I could spend more time writing, but at this point in my life, with two boys, a husband, two pets, and my part-time job, I can only usually devote one or two hours a day to writing. 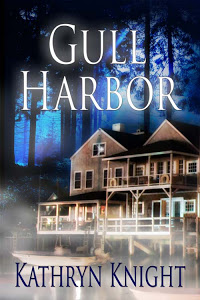 How much does social media play in your promotion of your books? What type of publicity do you do to promote your book?
Social media plays a very important part in my promotional efforts. For me personally, e-book sales far surpass print book sales, and my online presence helps generate interest in my books. I admit I dragged my feet at first, telling myself I could get by with just a Facebook author page, but now I’m all in, and it really does make a difference. Over the last year, I’ve branched out to Twitter, Pinterest, Triberr, and Google Plus. I maintain a website and a blog, posting frequently. I usually tell the new authors joining The Wild Rose Press to tackle one media platform at a time…otherwise, it’s just too overwhelming.

Offline, I do book signings, speaking engagements, and I’ve been on the radio and television. I even set up a booth at a Psychic Fair, since both my books involve communication with spirits. All this takes up a lot of time, but my books are my passion, so I push myself where promotion is concerned.

Was it harder or easier to write your second book? How do you write? Do you start with an outline? Or do a character study first?
It was a hundred times easier to write my second book. I began Gull Harbor after my very last re-write of Silver Lake, and by that point, I knew so much more than I did when I first began writing. I understood exactly what point to start the book, how to pace the story to keep it constantly moving forward, how to scatter pieces of characters’ back stories into the current action, and what pitfalls to avoid. I had the outline in my head, and a strong sense of the characters. I finished Gull Harbor in record time, nine months, and it was accepted for contract immediately.

Thank you for your time, Kathryn. Everyone's path to publishing is different and I've enjoyed learning about yours.