Writing to Support a Cause: An Interview with Kimberly Rae 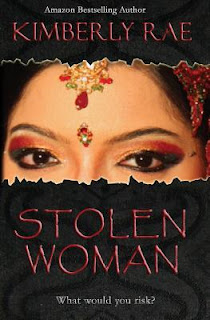 You write about the very serious topic of human trafficking. What drew you to writing that series?
I used to be in missions, and when Addison’s disease brought me permanently back to the US, I wanted a way to stay involved. When I considered writing my first book, I wanted to mix some of the things I cared most about – human trafficking, missions, and women finding their worth in Christ. And I love getting to take readers on a verbal trip to India!

How hard is it emotionally to do your research?
Emotionally it is difficult to learn the realities of trafficking. I do official training on fighting trafficking now, so I know a lot of things I wish I didn’t, but as I tell people, if you don’t know about it, you can’t do anything about it. I like being the conduit of information from the people who are on the front lines and those who want to get involved, without overwhelming or depressing them. To me, that’s worth going deeper than I’d necessarily like so that others can get involved without going in too deep if that makes sense.

This is not the first time you’ve handled a tough topic. You’ve also written a series about chronic illness. What’s been your feedback from doing that series?
Nearly one out of every two people in America have some kind of chronic illness, and over 90% of them are invisible illness, meaning we don’t look sick. That’s something we hear a lot (“You don’t look sick!”), and it blesses me when I hear from readers who are encouraged knowing someone out there understands, and they aren’t alone, and there is hope and purpose in what they’re going through.

Another big thing has been helping people understand what the Bible really says about healing – for people who have been told it’s their fault they’re still sick, that they must not have enough faith, they are ones who really have responded positively.

Both these series have put you in demand as a speaker. What was it like when you did your

first presentation?
When I first started speaking, I would literally get sick! Now it’s one of my favorite things to do. I love connecting with women and resourcing them on ways they can make a difference.

Which do you feel more comfortable in doing? Writing or speaking?
Which do I like better? That’s tough! I love both in different ways, but speaking is rough on me physically, so I’d have to pick writing. I can do that at 2 in the morning in my pjs. =)

When did you first start writing?
I’ve been writing since I was a kid. My parents bought me a little typewriter when I was 10 and I used to pluck out stories and tape them together. I wrote a book when I was 15. It was horrible, terribly cheesy, but hey, you have to start somewhere!

Who has encouraged you the most?
My most appreciated encouragers have actually been the people who have given real constructive criticism. It was hard to take at first – you naturally want people to gush about how wonderful you are! – but those who really helped me see where I could improve made a huge difference. Now I love getting constructive criticism because I know it makes my books better, and I want my writing to be the best it can be for the Lord.

What’s the hardest part about writing for you?
Patience! Waiting to hear from publishers. Waiting to get a book in hand. I tend to send things out too quickly and then have to backtrack when I find things that need changing.

What has surprised you the most in writing/publishing?
How much publishers expect authors to promote their own books and themselves now. Things have changed so much with publishing. It frustrates me that a publisher might love your writing, but they want you to have 30,000 followers before they’ll consider you. But with Print-On-Demand self-publishing, if you have 30,000 followers, who wants to go traditional? You make a lot more money if you self-publish. So basically you need a following whether you go self-publishing or traditional, and that’s tough.

What do you know now about writing that you wished you had known sooner?
How to show not tell, and POV – practical stuff.

Do you have any other works in the process?
Always! I’m working on the 3rd book in my series on fighting human trafficking in small-town America. I’m also doing a book/journal on overcoming for women who’ve been hurt in life. I’ve also got another suspense novel that should be coming out this Christmas. It’s fun having multiple projects in the works; then there’s always something to work on no matter what mood I’m in.

Thanks, Kimberly, for your insights on writing. If you'd like to learn more about her writing and upcoming projects, here are some links to learn more.