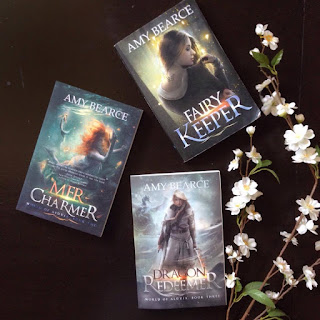 I recently participated in a local book fair and signing with 16 authors. Besides chatting with readers, I had the pleasure of meeting several authors and discussing the craft of writing. Today's interview is with one of the authors I met. I hope you will enjoy learning about her writing journey as much as I did. So read on and learn about her writing story.

What drew you to writing in the fantasy genre for kids?
I have always been drawn to fantasy.  As a child, the first book I ever bought with my own money was a beautifully illustrated book of fairy tales, and I always loved mermaids, unicorns, and dragons. I became an avid reader thanks to authors such as Mercedes Lackey, Anne McCaffery, and Madeleine L’Engle.

How did your writing journey begin?
I didn’t start writing books until I had spent close to 10 years writing short passages and articles for test assessment companies—but I could never include magic for those.  So I started writing a story for myself and realized that there are some big differences between writing short fiction and a novel.

I joined SCBWI and finished that manuscript, which remains unpublished (for good reasons.)  I wrote three other manuscripts before I found a home for FAIRY KEEPER, which was my first published book.

What was your inspiration for creating for your magical creatures in your World of Alluvia?
Prior to writing that book, I had written a short fiction piece about a young beekeeper trying to save her bee colonies, based on articles at the time about the mystery of Colony Collapse Disorder. Soon, though, my thoughts turned to, “What if, in a world with magic, fairies had gone missing and no one knew why?”  And that was the beginning of my book. 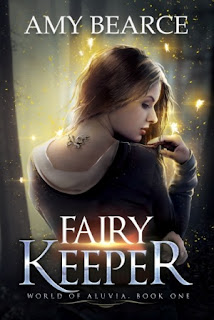 How long did it take to complete the book?
It took me about two years to complete, in part because I was in graduate school at the time and I also paused mid-way to write a different book before finally returning and completing this one. My world is fairly low in magic compared to some fantasy worlds. I looked to science for ideas as I pondered what the magical creatures might be like.  For example, for my merfolk, I gave them bioluminescent skin after studying deep-sea marine life.  It was a lot of fun to research.

FAIRY KEEPER went through several revisions. It began more as YA urban fantasy, but my editor suggested making the setting a fully separate fantasy world and also recommended aging it down to an upper middle grade/lower YA age-group.  It had also been drafted in first person-present tense, and we changed it to third person-past tense. That took a lot of effort, but it was worth it in the end.

How did you go about finding an agent/publisher? Did you go to conference  Send out queries?
I do attend SCBWI conferences, but I found a small publisher for my first book before I found an agent because of a Twitter pitch contest. I recently signed with agent Alice Sutherland-Hawes, and I’m thrilled!  I connected with Alice by regular querying, but I paid close attention to the information available on Manuscript Wish List and reached out to her specifically because she was looking for stories for tweens, which is what I was querying.

What is the hardest part of writing for you? Starting? Creating a scene? Dialog?
For me, drafting the first draft tends to be fun because I write without worrying too much about what’s coming out.  But going back and revising that mess into a coherent story is the hardest part.   I prefer to work from an outline because that helps smooth the whole process, but even with an outline, revision usually takes me longer than drafting it in the first place.

What does your editor remind you to do most often?
I’m too wordy! I always have plenty I can trim from scenes, but it can be hard for me to see those parts that are unnecessary at first. 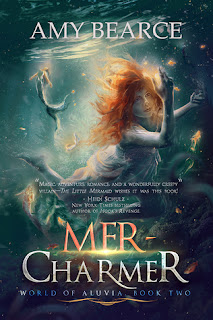 What’s the best encouragement you’ve had in your writing?
Just get something on the page.  You can’t improve what’s not there.

We have all experienced writing rejection. How have you learned to write past it?
Early on in the days when I began writing manuscript-length works, I went to a writing workshop event. I don’t remember all the details anymore, but I do remember that there was a small panel of editors and agents and a room full of 50 writers. Participants were to stand up and read our first page out loud, and then the panel critiqued us, in front of everyone.

I don’t know if every participant did this, but I know I did because I remember that none of the people on the panel liked anything from my first page!  The writing was choppy, the characterization was flat, the pacing was too slow—and these things were all true.  It was my first completed manuscript, and the public break-down of its failures was painful.  We had a break right after I was finished, and I just wanted to melt into the floor instead of speaking to anyone.

A few lovely writers told me they had liked my story. An author I admired came over and encouraged me to keep going, that she saw something in my writing. Those words meant the world to me, and I decided to work even harder to improve. That conference was a turning point for me, and despite the painful experience, I’m thankful for that workshop.  And many times since then, I have experienced the value of a writing community you can lean on when things are hard.  That kind of support can make all the difference.

What has surprised you the most in writing/publishing? What frustrated you the most?
The answer to both of these is the same, which is the slow speed of the process.  Everything takes so long in publishing, and I’m a very impatient person! I try to distract myself with other projects while I’m waiting on news about another.

What do you know now about writing you wished you had known sooner?
Writing a book is just one part of being a published author.  There are so many other things involved, such as marketing and author visits/speaking events, and those skills need to be taken seriously, as well.
What is the best writing advice you’ve received or could give?
Read a lot and write a lot.  It’s advice that’s often given, so I can’t claim it as my own, but it’s true.

Are there any other points about writing you would like to add?
It’s never too late to begin writing! I hear from a lot of people that they’ve always wanted to write a book, and I always encourage them to go for it. 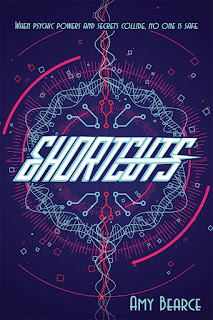 What is the next book coming out? Can you give me a short synopsis?
My next book is SHORTCUTS, and it comes out April 9th in ebook and hardcover, with the paperback following about a month later.

Here’s the blurb:
When psychic powers and secrets collide, no one is safe.

Parker Mills has it all.  She's the two-time winner of the Miss Divine Pecan Pageant, head of the 8th-grade dance committee, and a secret psychic empath. Since she absorbs strong emotions from those around her, Parker has committed herself to finding shortcuts to happiness.  Whether acting as a tutor, coach, or matchmaker, Parker knows that when others are happy, she's happy.   Granted, all that fixing other people's drama means her own crush has no idea how she feels, but it's still a win-win so long as her psychic method remains a mystery.

At least, that's how it always worked until Mia came to town.   With her mysterious past and dark cloud of depression, Mia's moods threaten to rain on Parker’s happiness parade.  After Parker's usual shortcuts fail-- even after bringing gorgeous Josh on the scene--she's forced to kick things up a notch, or two.  But when Parker's psychic power goes haywire, dangerous secrets unravel... starting with her own.

Sounds like a potential clash of powers! If you’d like to learn more about Amy’s writing and books, here are some links to get you started.