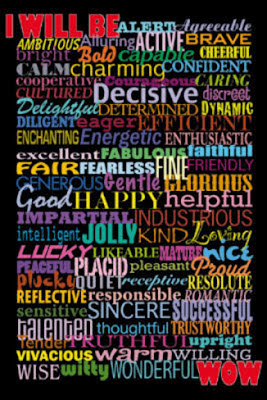 This is a continuation of the blog post earlier this week. If you haven't read it, please go back  to Monday's post (8-20-12) and do so now to get the basics. Today we will continue with working your plan.


How do you go about setting a goal for your campaign?
The vast majority of all successful Kickstarter projects are under $10,000 (81%) and the average goal for a successful project is right at $5,500. Don’t set a huge goal, hoping that you’ll reach it. Figure out what’s realistic for your group of supporters and your project.

The average donation is $70. Take that and multiply by the number of people you think you can motivate to donate to your project. If you think you can get 100 people to join you, set that goal around $7,000. But remember, it’s all or nothing. If you get to 99% of your goal and don’t make it over in time, you get nothing.

Don’t forget to include your rewards in the goal. If you’re sending out books to people who pledge a certain amount, you have to pay for the printing and shipping costs. I used a previous self-published book to figure it costs me about $6 to print and ship one book.

Write up a budget explaining why you set your goal where you did. Don’t feel bad about including your salary in there either. You deserve to be paid for your hard work. But let them see how much is going to printing, shipping, design and editing.

What is the next step?
You need to set up a time frame for the project. You should choose a shorter amount of time
Project that are successful average 38 days in length. The failed projects average 43 days.

I know, first hand, that it’s a lot of work running a campaign. Several people have shared that it’s a full-time job to keep the buzz going. I’m writing press releases, posting to social media, emailing people, updating the Kickstarter page and looking for any way possible to get the word out. If I had to do this for much more than 30 days, I’d probably collapse (and my social media networks would disown me).

How do you get people to donate to your campaign?
You will need to create compelling rewards. In essence you’re asking people to pre-order your book. Find ways to make it enticing. While the average pledge is $70, the most common pledge amount is $25. Kickstarter says that when there is no reward for pledges under $20, the projects only have a 35% success rate. But, projects with a reward for pledges under $20 have a 54% success rate.

In addition to some nice, low-dollar pledges, you want to create some good loot for big spenders. It should all be stuff you’ve created (or will create). Some examples would be signed copies of the finished book or inclusion in the acknowledgements. Get creative here, give people the chance to be a character in your book or to read an advanced copy of the manuscript. Give out signed prints of the cover art or t-shirts with your book’s logo.

Save some of the rewards for after you launch the campaign. It helps to keep the momentum going if you offer new rewards as things go along. For a one-month campaign it would be good to offer new rewards every week or so.

How do you let people know about a project?
Begin with leveraging your social media presence. The bigger your tribe, the better chance you have of being successful. I know this sounds obvious, but it’s worth mentioning. Connect with as many people as possible through your social media channels.

But don’t spam them! Don’t make everything you say about your project. Let people know. Ask them to share it and get excited about it. That’s great. Send emails to people in your tribe who aren’t on social media. Send an announcement out to your email list. And then back off for a while.

You’ll get an initial hit of backers and buzz through that first wave, but you’ll likely hit a slow patch at the end of the first week. All the successful campaign runners I’ve met have said the same thing. Don’t be discouraged. Backers are motivated by newness and urgency. Once the newness has worn off, you need to wait for the urgency to build later on in your campaign.

After that “first wave” how do you keep it going?
Reach out to people who might say no. I’ve been emailing people who, by all rights, should ignore me. I backed a very popular author on Kickstarter and his book was successful. I dug up his email address and sent him a short note. Basically I said: “I was happy to support your book project, would you be willing to support mine?” He did. It’s pretty cool.

Don’t say ‘no’ for people. Give them the chance. Send emails, letters, smoke signals and trumpet blasts to anyone you can think of who might be interested.

But be real! Don’t just send out a spammy form letter. Take the time to actually write to them, show them you know what they do. Mention their work and how it’s benefited you.

What other promotion should someone do?
Write a press release and send it out. Bloggers are always looking for news to share. Write up a press release for your project and then send it out to bloggers in your genre. What I’ve found is that a few of the blogs will have big, long lists of other blogs. Once I found those, I mined them for all the contacts I could muster.

But, don’t be spammy (are you noticing a theme here?). Read the submission guidelines for the blog. If they don’t take stuff like yours, don’t send it. Respect them. I’ve found that about 10-15% of the blogs would carry my press release.

How do you keep up the interest?
Don’t panic. If you start off strong out of the gate and get up to 20% of your goal, then your project has an 80% chance of being successful in the end. Once you get up to 30% funding, you have a 90% shot at being fully funded in the end.

It’s rough going through the doldrums in the middle where you’ve been stuck for a while. Don’t panic. Stay calm. Save your energy for the urgency that’s coming at the end.

Now that I’ve bombarded you with all the statistics I feel a bit like C3-PO in The Empire Strikes Back rattling off the odds of successfully navigating an asteroid field (one million nerd-points if you don’t have to look up the number). Sometimes you need to respond with the bravado and reckless abandon of Han Solo, “Never tell me the odds.”

There will always be outliers, people who defy the odds. Maybe you’re one of them. Maybe I am. The thing to remember about the odds is this: they define what’s already happened, not what will happen in the future.

Odds are not predictors. A basketball player who shoots 80% from the free throw line can still miss two in a row at the end of a game, and one who shoots 50% can still sink the winning shots. The odds don’t define you.

But they do give you a good place to start.


This interview was done with James Woods. The writer, not the actor, who works and lives in Portland, Oregon. He's written two books, countless articles and is at work on his third book, a novel.
If you'd like to learn more about him, here's some links to do just that.
Kickstarter     website

Hope this has given some good tips about doing a Kickstarter Campaign. If you’ve got other ideas for promoting your writing, let me know, so we can share it with others.
Posted by Christine L.Henderson at 7:30 AM