Getting Through NaNoWriMo with Author Teryl Cartwright

If you are one of my regular followers, you know that I am taking up the challenge to write a complete novel in rough draft this month as part of  NaNoWriMo. For encouragement in this task, for myself and other NaNo writers, I will be adding a couple of interviews this month with past participants who not only completed their novels, but got them published as well.  My first interview is with Teryl Cartwright, who's prior writing career included publishing children’s curriculum and news articles. That changed once she took on the writing challenge. Please read on to find encouragement to put those words to the page.

Why did you decide to participate in the NaNoWriMo challenge?
The first year I decided to participate I did so because a friend wanted a writing buddy.  Ten years later and I still think how crazy I am to try this each year and expect to get done.  But each year I do make it.  I participate each year because for once life is on hold for something I want to do.  I make the time to write one book a year--in November.  It is one of the busiest months for me and that's why it works--I have to tell a story and this is my chance.  And getting two out of ten NaNos published isn't bad either. 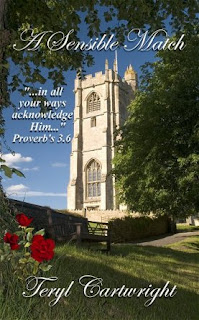 How did you prepare?
I prepare for Nano by having a story idea, usually a title, a brief idea of what is going to happen and if at all possible the end, because it is really important to me to have the story end right.

How did you cope with the writing schedule to keep on track?
To keep on track, I try to write around the same times (more than one) each day and I have a goal of about two thousand words to start.  Sometimes if I get behind, I try to add a day or two with three thousand and each night I think about what is going to happen next in the story before I go to bed so that in the morning I can be inspired with ideas for how to do that next chapter.

If I am getting to the end of the story and have lots of words left to make the word count, then and only then will I allow myself to go back to the story and add details, extra scenery or dialogue to stretch it.  I also sometimes read a little history to give me ideas of what else I could add.

How did you feel after you completed the month?
Exhausted.  Yes, happy, but weary!
The book you wrote for that challenge was, A Sensible Match which has now been published. How many re-writes did you do from that original rough draft?
A Sensible Match was my first published Nano book and I'm lucky enough to have a second Nano book published as well, the sequel, Courting Constance.  I had to do several rewrites of A Sensible Match and the publisher, Dawn Carrington, had me do a rewrite of the first three chapters and re-submit them just to get accepted.  I am grateful for that second chance.  When I submitted Courting Constance I didn't have as many rewrites, but they were still very involved since I have some bad writing habits such as "head hopping" to watch out for when I write. 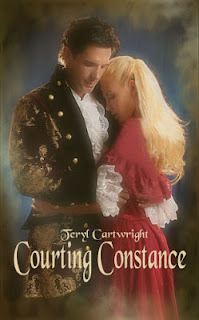 Could you give my readers a short synopsis of your books?
A Sensible Match is a fun "how to lose a guy in ten days" in Regency England romance.  Abby's parents have tried to play matchmaker, but she doesn't want to marry a guy she's never met, especially the new vicar.  Her parents will be upset if she turns him down so she tries to get him not to propose.  What she doesn't know is that he's less than thrilled with marrying some shy girl he's never met--until she shows she's more than he expected .

Courting Constance is the very funny look at "how to win a guy in ten days" in Regency England.  Constance decides to win back her former fiance by courting him as a not so secret admirer.  What she doesn't know is that he is in pursuit of her too, but only to break her heart as she once broke his.
How did you go about finding a publisher?
Of course I used Writer's Market which isn't as good as it used to be, but also I used some writing magazines.  I would say this was a trial and error method, reading some books to see what kinds were close to mine but I could pitch as slightly different.

How many sources did you pitch? Did you pitch any agents?
I tried a few publishers for different stories, but Vinspire has been good enough to be my publisher.  I pitched about six or seven agents, yet this didn't work for me.  I also went to Hollywood to pitch several stories as movies at the Great American Pitchfest.  This helped me do a better job writing pitches even if I didn't succeed in my face to face meetings.

How did you hear about your current publisher?
Vinspire was only about two years old when I pitched my first book to them.  I think that helped.

From the time you sent in your manuscript, how long was it before you got any feedback?
Vinspire was great because I heard back in a few months each time.  I had only had to submit the first three chapters and the synopsis and then was asked to submit the whole manuscript.  Of course, the first time I had to rewrite those chapters with single character point of view, but after I had the chance to submit the whole book with the same editorial changes I was blessed to get my foot in the door.

What do you know now about writing that you wished you had known sooner?
I wish I'd have known that finishing a book wasn't the end, there's editing, there's marketing, there's taking care of its life on the shelf.  I also wish I'd have finished and submitted more books sooner so that I'd be a better writer now.  If you have a passion, don't put it off on "someday."  The stories are not the same when you finally get around to the hasty notes you saved for later.

What is the best advice you’ve been given about writing that you would like to pass along?
Write what you know and what you love.  Put yourself in the book and see this as a gift to be able to share.  Research is your friend and will teach you discipline as well as what to look for.

Also, I am fortunate enough to be taking my online master's in Critical and Creative Thinking at UMass Boston right now. If you get a chance, take the Creativity class from them--it was meant for teachers, but is awesome for writers!

Thank you for your time and inspiration. If you would like to learn more about Teryl's writing, here's the link to do that
www.terylcartwright.com