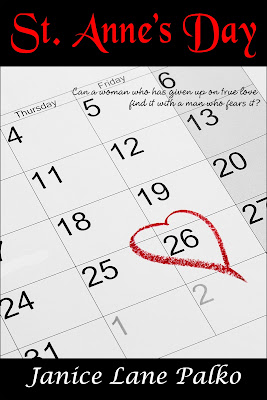 What inspired you to write this novel?

St. Anne’s Day was inspired by several things. At the time it all came together in my mind, I was watching Pride and Prejudice with Colin Firth and working on writing my grandfather’s life story. He was born and raised in the Lawrenceville section of Pittsburgh, where the novel is set. His family owned a bar there—I’m Irish—what else would they own? And for some reason, a high school memory popped into my head one day.

The episode happened when I was in high school at the now-closed St. Benedict Academy. It was an all-girls school, and when prom time came during my senior year, there were a few girls in my class who couldn’t find dates. As my brother and cousin Richard can attest, no single young male was safe from a desperate SBA girl in need of a date. They were both drafted as dates by friends of mine at various times during high school.

So how did you use this in your story?
One day before social studies class, we were trying to come up with dates for some of the girls when our teacher, Sister Jane Frances, came in and heard what we were talking about. She told us we needed to start saying the St. Anne prayer. None of us had ever heard of it. This is what she taught us: Dear St. Anne, get me a man as fast as you can.

That’s pretty unique. But why St. Anne?
St. Anne is the patron of housewives, and we all thought it was pretty funny. However, for the next few weeks, we said it every day before class. And don’t you know, every girl that wanted a date got one for the prom!

When did you start writing the story?
One night in 1998, I dreamed about a bar in Lawrenceville and someone who looked like Colin Firth. I couldn’t remember the details of the dream, but I remembered the feeling of romance that lingered when I awoke. So in the blender that is my mind, I began writing, trying to capture that feeling in a book, and St. Anne’s Day was the concoction that resulted.

What do you hope people will discover from your story?
What I hope people take away from the story is that no matter what has happened in your past, you can still find your true love.

Is this your first book?
St. Anne’s Day is actually the second novel that I have written. The first is entitled, A Shepherd’s Song, and is a Christmas story that I will be releasing after Thanksgiving. I started that one in 1996, and I began St. Anne’s Day in 1998.

When did you start writing?
I was always the kid in class who liked when the teacher assigned an essay, but I never dreamed I’d become a writer. I started my writing career in 1996 when I attended a class on writing greeting cards. I sent my first batch to the card company and sold one my first time. I thought that was quite exciting. But it’s hard to be funny and heartfelt in 20 words or less.

What did you decide to do then?
I began to attend creative writing classes at my local community college. When I read my first story in class, I made everyone cry which showed they got my point. I began to send out the pieces I wrote in that class and sold some of them. Eventually, I was asked to write a bi-monthly column in our newspaper. I continued to write, and ironically, I was asked to teach the creative writing glass that I first attended. I taught that class as well as Memoir Writing, Freelance Writing, and Writing for Children. 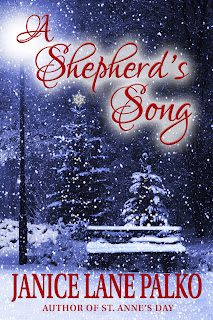 Where have you been published?
I’ve had numerous articles appear in publications such as The Reader’s Digest, Guideposts for Teens, Woman’s World, The Christian Science Monitor, The Pittsburgh Tribune-Review and The Pittsburgh Post-Gazette. My work has also been featured in A Cup of Comfort for Inspiration and A Cup of Comfort for Expectant Mothers and Chicken Soup for the Single’s Soul.

One of the magazines for which I wrote articles, Northern Connection, hired me to be its executive editor. I’ve been the executive editor there for six years, and this spring I was asked to be the editor of its new magazine Pittsburgh 55+ as well.

How did you go about getting the book published?
I sent St. Anne’s Day out to numerous agents and publishers and even pitched it to Harlequin at the RWA conference in New York City in 2003. They requested the entire manuscript and many of the other agents expressed interested it, but it was ultimately rejected because it didn’t fit into any one genre. St. Anne’s Day is a romantic comedy with Catholic overtones, but I was told it was too edgy to be an inspirational and too tame for the Fifty Shades crowd.

I say my characters aren’t saints, but they are trying to be. They have hearts, minds, and consciences, but like the rest of us make mistakes. In retrospect, I’m glad it didn’t fit in any genre completely. It makes the story unique. If I had to compare it to any other book, I’d say it’s like a Maeve Binchy novel. Since it would probably not find a home with a traditional publisher, I independently published.

I’m a control freak so I like being responsible for the success of the book. No one has more invested in it that I, and no one believes in the story as much as I do so it made sense that I be the publisher and promoter of it.

How have you promoted your book?
I launched this book in August with a party at my home for friends, coworkers, and family and on-line on my blog and at the Beach Book Blast site. I’ve been to a local Book Fest and will be appearing at some libraries in my area as well as visiting with a book club that selected St. Anne’s Day for its October book selection. I’ve recently been book my first event for April so as the word spreads, I’m getting more offers.

Other than seeing the book in print, what is the most exciting part about having the book published?
The most exciting part of having my book published has been the reaction of readers. I thought the story was good, but it’s gratifying to have people contact me to tell me that they loved the book, that they laughed out loud and have recommended it to their friends. The other most exciting thing is one of the readers told me that on a whim she began to say the St. Anne prayer and has found herself in a very promising relationship with a lovely man.

Is there anything that you have found frustrating in the process?
I really haven’t found the independent publishing process all that frustrating. I have some background with word processing and am employed as an editor so prepping St. Anne’s Day for publication wasn’t all that difficult for me.

What do you wish you had known sooner about publishing?
I wish I had known much sooner how much my novel would appeal to readers. About 18 months ago, I posted several chapters of St. Anne’s Day on my website with the hope that an agent or editor would stumble upon it and bestow a lucrative book contract on me. What happened was that several people stumbled upon it and asked where they could buy the book because they would like to read all of it. I then realized that my market had found me instead of the other way around. Instead of trying to appeal to an agent, I was able to appeal directly to readers—the people who really count when you are writing.

What advice would you give aspiring authors?
When new writers ask for advice, I find it very difficult to answer them. There is just so much to tell them, but the first thing is to love writing. I have been writing professionally for 15 years, and some of those years, especially the early ones, without ever making very much money. In his book The Outliers, author Malcolm Gladwell states that for most people to become adept at an endeavor, it takes 10,000 hours of practice. I believe that. I have spent countless hours writing. So if you are willing to put in your 10,000 hours, then be a writer.

I like that. You just don’t magically become a writer. You definitely have to hone your craft. If this has peaked your interest to buy the book it is available at Amazon in paperback as well as Kindle version, Barnes & Noble Nook store and on Smashwords. She's got a new book out just in time for Christmas as you can see by the cover above. Could make a great Christmas gift!

If you would like to get to know the author better, drop by her blog where you can also register to receive her newsletters. Just click here