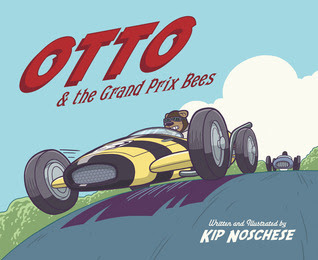 How did you first get involved with doing illustrations for animated TV shows?
After graduating from college, I moved from Pittsburgh to Los Angeles to volunteer for an animation festival, in hopes of finding a job in the industry. It worked! I was hired as a Production Assistant on the Nickelodeon TV show, The Wild Thornberrys, and before long found my way into a designer’s position. That was 1998, and I have been an animation designer ever since, for such shows as Rugrats, As Told By Ginger, Dinosaur Train and Family Guy.


Are your illustrations done strictly by computer or another medium?
Over the years, the animation industry has moved from drawing on paper to drawing on the computer, and so has my illustrations. I still sketch in pencil, then I scan the drawings and do the cleanup and color design in Photoshop.

When did you decide you wanted to write a children’s book? Which came first the idea for the illustrations or the storyline?
I’ve wanted to write and illustrate a children’s book for as long as I can remember. My mother was a first grade teacher and exposed me to many books and creative ideas while I was growing up. For me, the illustrations came first. In the case of Otto & the Grand Prix Bees, it all started with a funny doodle of a bear driving a race car. The “spark” came when I thought “what if his car were powered by bees?”

How long did it take to write your first draft? How many re-writes do you think you did?  Is this a stand alone book or are you planning a sequel or prequel?
It took quite a while. I did about fourteen drafts and the first one was at least twice as long as the final one. I had taken a class on How to Write and Illustrate Children’s Books at Art Center in Pasadena.

Who encouraged you along the way?
My instructor was Tim Egan, a very accomplished children’s author and illustrator, who was very encouraging and became somewhat of a mentor to me. I also owe a great deal of credit to my SCBWI writing group, who helped me to “fine tune” the text.

Is this a stand alone book or are you planning a sequel or prequel?
I have begun on a sequel that should be completed sometime next year.

Prior to writing this picture book, what other published writing did you have? Are you active with any writer’s critique groups?
Otto & the Grand Prix Bees is a true debut for me, both in writing and illustration. I have been working with an SCBWI writing group and they have helped me immensely with suggestions on where to pare down the story, punctuation, structure. I would recommend all aspiring authors to join a writing group.

Do you consider yourself more of an illustrator or a writer?
I do consider myself an illustrator first because that is where my background lies. I love writing and strive to continue improving at it as well.

Your book shows the publisher as Three Lanterns. Is this your personal imprint?
Three Lanterns is my imprint. Rather than use a “self-publishing” service, I went straight to the book manufacturer, based in Hong Kong. This allowed me to customize my book to every detail, make it look very professional, and I’m very pleased with how it came out.

Did you pitch any agents?
Prior to publishing, I attempted to find an agent. I sent query letters to six or seven of them. One of them requested my full picture book dummy and seemed very interested. I waited and waited, with the assurance of “more soon.” After about ten months of little progress and the opportunity to debut my book at the Pittsburgh Vintage Grand Prix, I decided to go ahead and publish it myself.

What type of publicity do you do to promote your book?
Self publishing means self promotion and social media is huge when you don’t have much of an advertising budget. You begin with a website and presence on the major sites (facebook, twitter, etc.). Next, you must reach out to bloggers. A lot of teachers have blogs and twitter accounts these days and I’ve found them to be very excited when I want to send them a book. I expect to send out at least 200 copies just for promotion.

What is the best advice you’ve been given about writing or that you’ve learned that you would like to pass along?
Don’t write down to children. I believe Tim Egan was the first to say this to me and it’s absolutely right. I don’t expect kids to read Tolstoy, I just believe that you need to respect the intuitive nature of children. With any luck, having a few “big” words in your book will further encourage child-parent interaction.


Posted by Christine L.Henderson at 9:00 AM