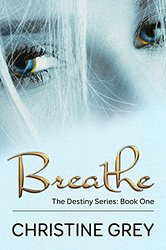 My interview today is with Christine Grey lives in Wisconsin with her husband, Dan, and their seven children, three dogs, and two cats. With a family like that, she knows how important it is to escape from reality from time to time. That's why she loves using her free time creating worlds of magic, romance, and humor.

What drew you to writing fantasy? Was there a specific author that you read that made you think, “I could write that"?

I have always enjoyed writing. My first foray into writing came in the form of a romance novel. It was hideously bad, and I threw it away in disgust. About a year later, an idea came to me about a girl and a magical sword. It was no more than a small flash of an idea, but I began to write. As I wrote, it became clear to me that fantasy was definitely my genre. Tolkien's Lord of the Rings was always a favorite, so I was inspired by that, although my style is quite different from his.

When did you actually start writing your first book?
I started that first novel eight years ago. The first draft took a bout three months, as I recall, but it took me another six years until I had it how I wanted it. Keep in mind that there were times that I put it down for a year and walked away, sure that it was no good, but it always called me back.

How many re-writes do you think you did?
I had at least a dozen, and that was before I hired an editor to help me fine tune it.

Who encouraged you along the way?
My husband has always been my rock. He read and reread my work, offering suggestions when he could and was my cheerleader on the days when I felt like I would never get anywhere with it.

Are you active with any writer’s critique groups?
I do not belong to any critique groups. I am part of a large Facebook group of authors called CIR (Clean Indie Reads). I was introduced to my editor, Elise Abram, and cover designer, Victorine Lieske, through the group. My books tend to be a bit PG-13, so I don't fall in the "squeaky clean" category of writing, but I meet the standards for the CIR group. They have been amazing, and I find the atmosphere there to be supportive and welcoming. For me, it's a homey place where I don't have to be exposed to material that is beyond my comfort level. 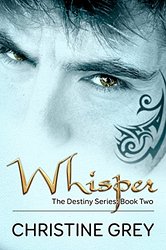 Each of your books are indie-published. Did you first try the query route with agents and publishers? What type of research did you do before you chose you source to publish?
I did try the traditional route first. I think I tried about a dozen agents. When the answer was always a polite form letter, I threw in the towel in frustration for a long time. My husband's cousin, Richard Houston, writes cozy mysteries, and has been quite successful independently publishing. He was the one who referred me to CIR. He was the one who inspired me to go Indie, and I have never looked back. The freedom and control I have are priceless to me. At this point, I'm not sure I could ever be persuaded to go to traditional publishing. Of course, never say never, but the agent would need to be something pretty special to take me down that road.

What type of research did you do before you chose you source to publish?
As far as research, I received most of my information from the CIR group. For me, it made sense to go with Amazon exclusively. Wide distribution has benefits, but I like the ease of doing business with Amazon. Wide may be an option down the road, but I'm happy where I am for now.

Other than completing your novels, what was the most difficult aspect of publishing for you? Advertising and promotion! More than anything, I wanted to share my story with people, but you can't do that if they have never heard of you. Today, there is more competition for readers than ever before. Self-publishing has been a Godsend, but it also means that anyone can publish anything at any time. In some ways, that's fantastic, in other ways, it makes it much more difficult to get your work in front of your target audience. When it comes to promotional sites, there are good and bad, and, like anything, there are scammers out there eager to separate naive authors from their money, so it takes time and effort to find what works for you.

What has surprised you the most about getting published other than the joy of seeing your book in print?
The thing that delights me the most is reviews from readers. I love that they would take the time to write down their thoughts about my books. It is humbling, and just plain fun to see their reactions. I include an email address at the back of my books for readers, but, so far, no one has availed themselves of that option, but I'm looking forward to it.

What do you know now about publishing that you wish you knew sooner?
You need a thick skin and persistence. I wasted so much time worrying about perfection. I am never going to please everyone, and that's okay.

What’s been your best promotion for selling books?
To date, Ereader News Today and Book Barbarian. They have great reach, wonderful customer service, competitive prices, and I have never been disappointed with my results. Bookbub is, without question, the big boy on the block, but I haven't been fortunate enough to secure an ad with them yet. They have so many submissions that their acceptance rate is only around twenty percent. There isn't a minimum number of reviews required, but when you're competing against authors who have hundreds of reviews, it makes a difference.

What advice would you give someone who wants to indie-publish? What is the best advice you’ve been given or learned?
My advice would be to get yourself a good editor. You will never find every mistake, no matter how many times you go over your work, but a good proofreader/editor can eliminate many, many errors that you don't even notice. When starting out, it's tempting to try and save money by skipping that step and doing it yourself, but you're not doing yourself any favors. Having a great story to tell is key, but if you have typos on the first page, you're going to lose readers before they ever have a chance to get to that story. I think the best advice I've been given is to be patient. Some folks are going to blow the doors off on their first novel, others are going to take a while to build an audience. If you write because you must, if you write for yourself, if you write because you have something to say, then how popular you are becomes less important. There's a freedom in that. 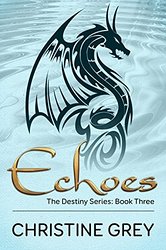 What other works do you have in the process?
I am currently finishing edits on my third book in the Destiny Series. Echoes will be released on June 26, 2016. I am also well into the fourth book in the series, and I hope to have that book available this December. This series will be six books, but if it's successful and the readers are interested, I have a prequel trilogy that will go along with it. There are some notes and outlines for that trilogy, but I am focused on completing the six books for now.

Any last words you’d like to add?
It has been a tremendous privilege to interview with you. I thank you and your readers for your time.

That's it for today's interview. If you'd like to learn more about Christine's current books and those to come, here's some options.