Working Through the Rough Draft: An Interview with Laurel Garver 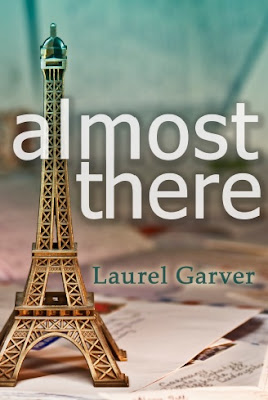 What inspired you to write YA novels?
Young adult books were what got me hooked on reading. Madeleine L’Engle’s books, in particular, most attracted me to the genre, especially how her characters clearly came from a churched background, but the stories didn’t feel like plodding morality tales.

Her brainy misfit teens struggled to do the right thing when it’s hard, clearly making choices informed by their faith. Those stories were very life-giving to me. So I wanted to create books like those I enjoyed reading at that critical time in my life, and further, to encourage kids of faith dealing with deeply dysfunctional families.

When did you actually start writing your first book?
This series grew from an idea I’d had back in the early 1990s and stuffed away in a drawer until I was mature enough to do it justice. I began working in earnest after a trip to England in 2006. It took about a year and a half to draft—mostly during my daughter’s naps and when she was in preschool.

Who encouraged you along the way to complete the first book?
My pastor’s daughter, who was one of my youth group kids at the time, became my chief cheerleader. She wanted to read every draft, and let me pick her brain—especially about living in New York City and what high school is like these days. Her enthusiasm stayed strong when mine waned, which gave me the courage to keep going when I thought Never Gone would never see the light of day.

Are there any stories you’ve written that are packed away that you hope will get published someday? Anything you would like to share about them?
Most of my trunked works really belong there. I do have a couple of flash fiction pieces I might expand into something longer, especially one that explores growing up with a mentally ill parent.

Are you active with any writing groups? Who acts as the sounding board for your stories before they’re prepared for publication?

I’ve been active in a monthly critique group since 2009. They see my work in small chunks as I write, just a chapter or two at a time, and help me figure out what is and isn’t working. Scenes that require specialty knowledge, I send out to sources I interviewed or experts I know and ask for their feedback.

Once the story is complete (and I’ve done one major revision on my own), I have five to seven beta readers from outside the critique group read the entire book and give me comments. After I’ve incorporated the beta reader comments, I send it along to a freelance editor for a copy editing round, then a proofreading round. At that point, I begin formatting the manuscript for publication, often finding more tweaks I want to make.

What has frustrated you the most in the process of putting together the books?
The most perplexing part of the process has been battling my own perfectionism. I make a living as an editor, and it’s really tough for me to let a messy first draft form.

Why did you decide to go the indie route? Did you send your books out to agents and publishers and try that path first?
I decided to go the indie route after spending years seeking an agent, and hearing that my work wasn’t a neat fit for either the religious or secular market. For Christian fiction, it’s edgy—not shying away from darker emotions—and the character is Anglican, rather than nondenominational. Because I’ve worked for decades in magazine publishing and had a strong network among the indie author community, I felt fairly well equipped to try my hand at independent publishing.

What are some of the promotions that you’ve done for your books that have been the most successful?
When I released my first book in 2012, blogging was one of the most powerful ways to reach readers, so I got a lot of traction out of writing meaty guest posts for high-traffic blogs as well as getting book bloggers to review the book or interview me. Goodreads giveaways have helped with visibility all along, but paid advertising has been the most effective promotion recently, especially services that send e-mails that are customized to reader genre preferences.

Do you write daily? Weekly? What are your writing goals? Will you stick with the teen books or do you think you’ll try any other genre?
I strive to do something writing-related daily, whether it’s brainstorming, research, drafting, revision, editing, graphic design, marketing, or maintaining my social media presence. For me, the variety of tasks is very stimulating. My goal is to continue telling stories I can’t write—the ones that sneak into my head and beg to be told. If such a story doesn’t revolve around a teen protagonist, then I suppose I’ll switch genres.

What is the best writing advice you’ve been given? 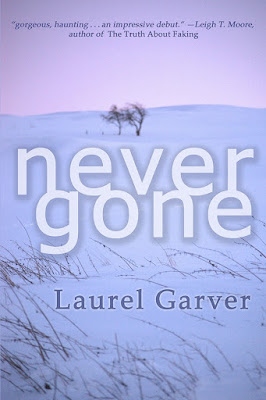 Take advantage of mentoring relationships. As a teen, I was always quick to start writing projects, only to abandon them, until a school program paired me with a favorite former teacher to create a big senior project. Mrs. Wright encouraged me to write an entire novel that year, and I did with her guidance. It was derivative and naïve, but I had so much fun and learned how to complete something large—a giant leap forward in my development as a writer.

What message would you like readers to take away from your books?
Getting to know your parents’ stories is an essential part of growing up the relationship. It’s easy to misjudge them when you don’t know what struggles, hardships, and heartbreaks they’ve endured, and how those things have shaped them. Most of all, I hope readers will gain a better understanding of who God is for them in places where they feel most afraid and hopeless than change or healing is possible.

What plans do you have for other books?
I’m working on a Christmas novella that takes place between Never Gone and Almost There, told in alternating points of view from both Dani’s and Theo’s perspective. It’s their first Christmas as a couple—and the first anniversary of Dani’s father’s death—which makes it a challenging holiday.

I also have several writing resource books in the works, including a book of emotions-based writing prompts I plan to release later this year.

That's it for today's interview. Laurel is a great example of planning ahead in one's writing career. If you'd like to learn more about Laurel and her writing, here are some links to get you started.