It's all about Down Home in Texas: An Interview with Amanda Cabot 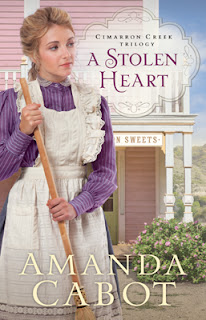 My interview today is with Amanda Cabot, a bestselling author of more than thirty novels. Her series include the Texas Dreams trilogy, the Westward Winds series, the Texas Crossroad trilogy, and Christmas Roses. A former director of Information Technology, she has written everything from technical books and articles for IT professionals to mysteries for teenagers and romances for all ages.

You’ve written over 30 books now. At that time did you think you could make a career at it?
I’ve wanted to be a writer since I was seven years old, but by the time I was a teenager, I had this sinking feeling that I couldn’t make a living doing it, so I got a “real” job and wrote on nights, weekends, and any time that I could squeeze in a few minutes of writing.  That proved to work out well, even though it interfered with sleep.  It was a case of “for love or money.”  The day job was for money – it paid the mortgage – but writing was for fun.  I’m now retired from the day job and am enjoying being a full-time writer.

Your writing includes different facets of the romance genre. Do you prefer one genre to write in more than another?
As much as I enjoyed writing the Texas Crossroads contemporary trilogy, I have to admit that I prefer writing historicals, specifically ones set in the American West during the second half of the nineteenth century.  For me, there’s something very special about small town life during that era, and while I wouldn’t want to have lived without indoor plumbing and microwave ovens, not to mention air-conditioning, I enjoy giving readers a glimpse into the lives of nineteenth-century men and women.

How do you keep the writing fresh and contemporary after so many books? 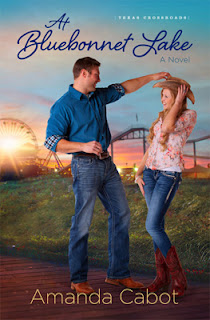 I wish I had an answer to that other than that I try to make each book at least a little bit better than the previous one.  I owe that to my readers.

How long does it take for you to write a book now? How many rewrites do you do?
It takes between six and eight months for me to write a book, depending on whether or not I have a book releasing during the time when I’m writing.  I don’t do rewrites, per se.  Instead, I write a first draft, which I refer to as the skeleton.  Like Halloween skeletons, it’s ugly, but it’s also necessary to support the story.  The second draft is where I add the flesh and blood.  That’s fun.  And the final step, which is a brief read-through and minor tweaking, is the accessories stage – the makeup and jewelry phase.

What’s one of the best “aha” moments you’ve had in doing research for your books?
When I was doing research about Fort Laramie for A Summer of Promise, I read about the problem the fort had with too many dogs.  As a dog lover, that intrigued me and led to the creation of Puddles, the puppy my heroine winds up adopting.  I wasn’t at all surprised when Puddles stole the show and became many readers’ favorite character in the book.

What’s the hardest part about writing for you?
The first draft.  Even though I’m always excited about the book when I begin writing it, getting that first draft on the screen is hard work.  My husband tells me I’m an editor at heart – and he’s probably correct – because the second draft, which is essentially editing, is fun and much easier.  It’s still work.  Make no mistake about that, but it’s more enjoyable work if that makes sense.

Since you've now proven yourself as a bankable writer, have any of your books been rejected by a publisher?
Oh, yes, although not as many as in the past.  I credit the fact that I’m receiving fewer rejections to having learned a lot about the craft of writing and what publishers are seeking.

What is some of the best writing advice that you’ve received or could give?
My advice to writers is to never give up.  Rejection is a fact of life, but if you really, truly want to be a writer, if that’s your dream, don’t let anyone steal it.  Keep trying!

Are there any other points about writing that you would like to add?
It’s hard work!  You’re kidding yourself if you think that writing is easy.  Oh, there are times when the words flow and you’re convinced what you’re writing is the best prose in the English language, but there are at least as many times when you’ll struggle to find the right word or when you’re convinced that what you’ve written is total dreck.  The key to success is persistence.  Keep writing, keep learning, keep polishing your work.

Do you have any other works in the process?
Always!  Currently, I’m waiting for the final round of editing on the second book in the Cimarron Creek trilogy, A Borrowed Dream, and I’m working on the first draft of the third one, A Tender Hope.  I’m also scribbling notes about a new series, also set in the Texas Hill Country during the nineteenth century but with a very different set of characters.

Can you give me a short blurb about your newest book, A Stolen Heart?

The future she dreamed of is gone. But perhaps a better one awaits . . .

From afar, Cimarron Creek seems like an idyllic town tucked in the Texas Hill Country. But when former schoolteacher Lydia Crawford steps onto its dusty streets in 1880, she finds a town with a deep-seated resentment of Northerners—like her. Lydia won’t let that get her down, though. All will be well when she’s reunited with her fiancé.

But when she discovers he has disappeared—and that he left
behind a pregnant wife—Lydia is at a loss about what to do next. The handsome sheriff urges her to trust him, but can she trust anyone in this town where secrets are as prevalent as bluebonnets in spring?


This being bluebonnet season in Texas where I currently live, you've definitely stirred my interest. That's all for today's interview. If you would like to learn more about Amanda's writing, here are some links to get you started.
www.amandacabot.com
https://www.facebook.com/amanda.j.cabot
https://twitter.com/AmandaJoyCabot/
http://amandajoycabot.blogspot.com/
Posted by Christine L.Henderson at 9:00 AM