Building Others Up with Writing: An Interview with Cathy Gohlke 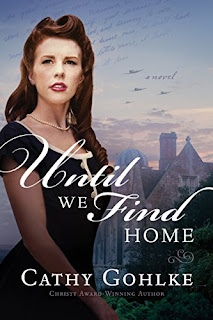 Today’s author is a three-time Christy award winner, two-time Carol award winner, and INSPY award winner. That’s a lot of awards! However, it didn’t happen overnight like it does in the movies.  Cathy Gohlke researches her stories to discover how the people learned to triumph over adversity through faith. So, let’s delve a little into her history and find what keeps her going.

When did you begin writing?
At five years of age, I learned that stories don’t appear magically between the covers of books, but are written by real people. Most of my life, I’ve written in some form or other—short stories, essays, poems, skits and stage plays, devotionals, newspaper features, articles, news, even manuals.

When did you write your first novel?
I began writing my first novel later in life, and signed the contract for William Henry is a Fine Name on my 50th birthday—the perfect gift to begin the second half of life!

When I began writing William Henry is a Fine Name I intended to write a compelling story about the Underground Railroad that would inspire readers to embrace the concept that we are not victims, but are free to choose what we believe and how we act on those beliefs.

What drew you to write about the Underground Railroad?
My great-aunt believed our 200-year-old farmhouse in North Carolina had been used as a hiding place for escaping slaves before the Civil War. True or not, that story sparked my lifelong fascination with the Underground Railroad. I have a passion for telling the stories of courageous people who seek or help others gain freedom from prejudice, oppression, and cords that bind–those placed upon us by people and means beyond our control and those cords we forge ourselves. 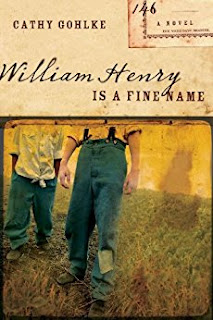 So tell me how you went about writing that first novel?
I wrote the book as it came. Before long I realized that that book, and likely all my books, would express a deep longing for God simply because that is who I am, it is what matters most—first and last—to me. Once I realized this, I poured myself onto the page in a way I could not have done had I tried to write from any other well. And in that writing, I formed a deep and strengthening, creative relationship with the Lord, a joyful partnering with Him—a place where I truly feel God’s pleasure.

It is my goal to more aptly express His love for us, and our journey to know Him intimately through each book I write. I know I’ll never achieve that perfectly this side of Heaven, but it sets the bar for my work each day and gives me a reason to write.

You wrote two novels set during the Civil War. What made you decide to move into a new time era and write about the Titanic?
The Titanic has long fascinated me—the romance of the era, the whole idea of a “ship of dreams,” her builders, but especially her staff, passengers, and the family members left behind. And what about those who survived? How did they go on living, knowing they’d been miraculously, magnanimously saved in lifeboats while hundreds died around them?

The first time I saw a copy of the ship’s manifest I found details of a young man, Owen George Allum, a gardener who’d sailed third class from Southampton, England. Later, in a Titanic exhibit, I saw his name again and learned that he had drowned. A bit of research led me to his family, his intended destination, even the items found in his pockets once his body was recovered.

What intrigued you about this specific person as opposed to others who did not survive?
He reminded me of my great-grandfather, who emigrated from England a few short years before Titanic, and who, when unable to find work as the gold-leaf artist he was, became a gardener for a wealthy Buffalo family.

From all of that, I wove a fictional short story, “The Legacy of Owen Allen,” which eventually grew into the full-length manuscript, Promise Me This. 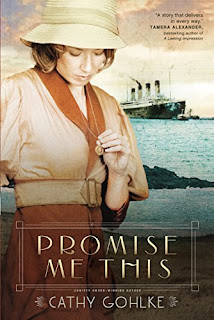 Tell me about your writing routine.
I research, write, or work on the business aspects of writing five or six days a week. Morning hours, following time with our Lord, are most productive for me, before other demands of the day set in.  I’ll write as long into the day or evening as I need to meet my goal. Establishing monthly, weekly, and daily word counts and goals keep me on track as I work toward deadlines.  That being said, I now babysit my grandchildren several days a week, so writing comes at any and nearly every other moment.  Babies don’t respect deadlines.

I write on a MacBook Air these days—literally on my lap most of the time. I love its simplicity and portability. It travels the world with me.

What is the inspiration for your characters and stories?
Characters are everywhere—in the faces of people I meet in town; in the way a man or woman might hunch over a grocery cart as they shuffle through the store; the teen with a cell phone glued to her ear, oblivious to the car and the world speeding past her; in the letters and diaries of my ancestors and of strangers that I come upon through the archives in historical societies and museums; in the people I’ve known and loved—or not.

Stories, too, are everywhere—but there are so many possibilities crowding my brain that I must listen for the still small voice that says, “This is the one for this moment in time, this is the reason for this story, this is the premise, and this is the way to tell it.”

That doesn’t mean I see the full picture when I begin, know every conflict my characters will face or understand the nuances or even layers my story will unfold. But that still, small voice is the Creator of my stories and life—the ultimate beginning and end.

God works through my curiosity and natural desire for more of Him—for a better understanding, connection, and intimacy—and my passion to share that mystery and joy with others. 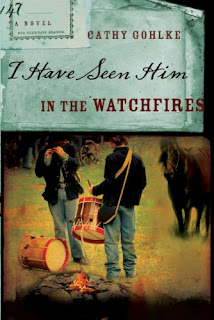 What is some of the best writing advice you could offer?
I know from writing scripts and directing actors that you have to keep dialogue sharp and the action moving. Everything must contribute to what you see and hear. Everyone on stage at a given moment must be actively engaged—even if they are engaged in listening to another actor.

You want the audience to be so caught up in the scene being played out before them that they lose track of time and space and believe themselves part of the play. There is no room for dead space with no tension. Do that, and the magic is gone.

The same is true in writing fiction. If my mind wanders while I’m reading what I’ve written, I can be sure it will bore readers—or worse, allow them to put down the book. No matter how much I may love my words, if I’m not captivated it’s time to cut and revise.

Any additional thoughts on writing that you’d like to share?
I see Christian fiction as an opportunity to follow our Lord’s example. Through writing, we are privileged to encourage and build one another up, to pierce ignorance and injustice in a non-threatening form, to reach into dark and lonely places and sit compassionately with readers, to bear the lamp of understanding and walk, together, into the light. 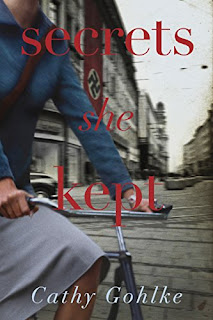 As writers, we have one voice, just like everyone else. But studies have shown that if one voice is raised against injustice, others will stand and join the march. That’s the role of Christian fiction.

That’s all for today’s interview. If you’d like to learn more about Cathy’s writing, here are some links to get you started.