Get it Written: An Interview with Davina Hamilton 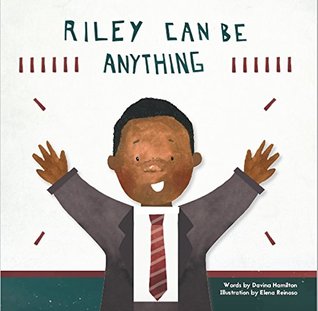 What made you decide to write children’s picture books?
As cliché as it sounds, my children were my reason for writing children’s picture books. Throughout my career as a journalist, I’d always harbored ambitions to write a book (as so many journalists do). But it was after my children were born – and I realized how much they enjoyed being read to at bedtime – that I decided I’d like to create a book that could be added to their reading collection.

Long before that, I enjoyed writing poems for my friends and family for special occasions, so when it came to writing a children’s book, it felt quite natural to write a rhyming story.

How long did it take you to write your first book?
I wrote my first book in a couple of weeks. There weren’t many re-writes, as such. More a lot of stopping and starting, as I was juggling my full-time job, parenting, and life in general with trying to write a book. Thankfully, my husband was on hand with lots of encouragement, which really gave me the added drive to get the book written.

What is the hardest part of writing for you? Starting? Dialog? Tension?
Getting started was definitely the most challenging part of writing my first book. There was always something that prevented me from putting pen to paper. My job as a journalist enabled me to write articles week after week, thus my passion for writing was continually being fulfilled – so there was always a reason to put off writing a book.

But one encounter had a particular impact on me. I interviewed the British playwright, Roy Williams, who happens to be one of my favorite playwrights. I asked him what advice he would give aspiring writers and he said, ‘Don’t get it right, get it written.’ That really spurred me on to stop dithering and start getting some ideas on paper.

How did you find your illustrator?
Our illustrator, Elena, was actually my children’s nanny. While she was looking after my children, she used to draw with them and when I saw some of her drawings, I was really taken aback at how talented she was as an artist. I soon discovered that she was an experienced illustrator, so I asked her if she would be able to illustrate my books. She said yes and the rest was history!

What’s the best encouragement you’ve had in your writing?
The aforementioned advice from playwright Roy Williams: Don’t get it right, get it written.

We have all experienced rejection. How did you learn to write past it?
When I finally penned my first book, I submitted the manuscript to numerous literary agents – and none were interested in taking the story on. The rejections were hugely deflating, especially as I believed at the time that having an agent was integral to getting your work ‘out there’. Thankfully, I learned that much could be achieved without an agent or a major publisher, as both my books have enjoyed success without either.

What frustrates you the most about writing and publishing?
At times, it has frustrated me that certain doors haven’t been opened to my books because they don’t come from a major publisher. The mainstream publishing industry at large is – in my opinion – very set in its ways, which means that only a select number of books will reach the masses.

This is particularly critical for children’s books like mine, which feature a BAME (Black Asian and Minority Ethnic) main character, as such books are hugely underrepresented by major publishers.

The children’s publishing industry has a lot of catching up to do where diversity is concerned, but I’m immensely grateful that my books have achieved all they have through the independent publisher, The Ella Riley Group.

What is the best writing advice you’ve received or could give?
Nothing can happen unless you make a start, and taking that first step is often what drives you to keep going. 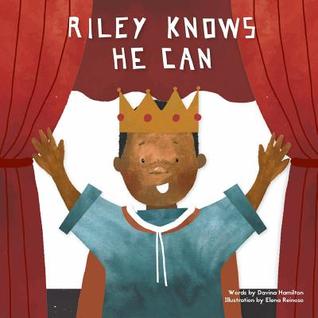 Are there any other points about writing you would like to add?
Just as unsigned music artists can get their music out there without the assistance of a major label, writers can also get their work out there without a major publisher. It is entirely possible for authors to enjoy success with their books by taking an independent route, so if you feel you have a story in you, get it written and take it from there.

What is the next book that will be coming out? Can you give me a short synopsis?
In my second book, Riley Knows He Can, an integral character is Riley’s big sister, Ella. As such, I plan on making Ella the protagonist in my next book, so watch this space!

That’s all for today’s interview. If you would like to learn more about Davina’s books, you can do so with her website at www.davinahamilton.com In addition, both books are available on Amazon.
Posted by Christine L.Henderson at 8:00 AM