Writing Past Rejection An Interview with Melinda Long 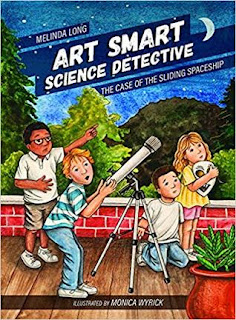 What inspired you to write your books for children?
I’ve been a writer for most of my life.  It just took 40 years to get published.  While in college, studying children’s lit., I fell in love with children’s books.  I got my BA in education and began teaching.

What was your process like in getting your first book published?
Right after getting married, I started submitting to publishers.  Twelve years later, I got my first positive response from an agent who soon sold When Papa Snores to Simon and Schuster.

What kept you going after you had rejections?
I knew from the first rejection that I couldn’t give up.  I love to write, so I went to workshops, classes, etc. and just kept trying for those 12 years.  I still get rejections.  But I learn something new about my writing every time I write something new or go to another workshop.  I also teach writing for children’s literature every summer with my teaching partner Tim Davis.  I usually learn something from those classes as well.

The first book I see you published was in 2000 and then others came out every 2-3 years after that until 2010, then there’s been nothing until your new book. Why the publishing pause?
Children’s publishing moves at a slow pace under the best of circumstances.  I had the third book in the pirate series scheduled to be released in 2013, but Harcourt merged with Houghton Mifflin and instead of releasing the third book, they released The Pirates Activity Book as a bridge before the third was released.  Since that time the third in the series was put on hold, so I went on to other projects. 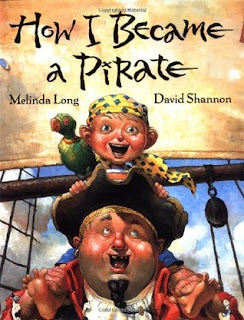 What is the hardest part of writing for you? Starting? Creating a scene? Dialog? Tension, etc?
Getting started is easy for me.  I have no problem finding just the right hook but developing that story into something creative and original is a different matter.  I’ve worked on middle grade and young adult, as well as adult mysteries and continue to do so, but making the characterization realistic and providing descriptive passages can be tough for me because I’m so immersed in the picture book process.  That’s why I’m so thrilled about Art Smart.  It’s my first successful venture into chapter books.

I’ve heard all different numbers for word count in picture books. What are you hearing from publishers as to suggested word counts for picture books and chapter books?
Picture books can be anywhere from 400-1200 words.  Mine tend to be on the long side. Chapter books are anywhere from around 5000-12,000 words.  I think Art Smart falls in the middle.  Chapter books, in general, are about 10 chapters with 500-1100 words in each.  Of course, there are no true rules.  If an editor likes a book, they’ll work with you on the length.

What does your editor remind you to do most often?
I’m often reminded to shorten my sentences.

What’s the best encouragement you’ve had in your writing?
When I sold my first book to Simon and Schuster, you could have heard me screaming in the next state.  That’s a wonderful form of encouragement.

However, I’ve discovered over the years that most publishers use a form letter for rejection. They have little time for anything else.  When I receive a letter with specific reasons for rejection instead of the form letter, I know I am on the right track. 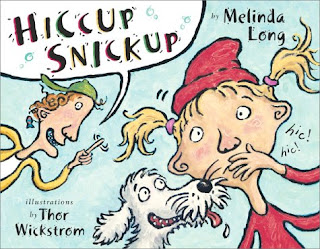 What has surprised or frustrated you the most in writing/publishing?
I was surprised to find that writing is feast or famine.  It seems that everything is due at the same time you have six school visits scheduled.  In between, you work at coming up with something new and creative or finding ways to market what you already have out.  I think that’s also the most frustrating thing.  I was also surprised to discover that children’s publishing is not as lucrative as publishing bestsellers for adults.

On the other hand, I wouldn’t do anything else.  It’s a lot of fun.  I still miss my teaching days but I get to fill that need when I go back into schools as a visiting author.

What do you know now about writing that you wished you had known sooner?
I wish I had known how much patience and diligence is required for this job. But I would have done it even if I had known. The truth of the matter is that I’d do this job for free.

What is the best writing advice you’ve received or could give?
Read everything in the genre you want to write.  Write as much as possible and attend conferences and workshops.  This profession takes time.  Keep at it.

What is the next book that will be coming out?
Art Smart, Science Detective: The Case of the Sliding Spaceship, is a chapter book designed to immerse kids in the world of science with a lot of humor.  I’ve always believed that academic subjects are more fun when you approach them from an artist’s standpoint, so reading a funny story about a science detective may help reluctant readers as well as reluctant science students. 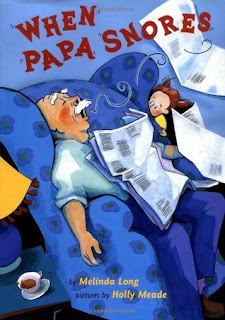 Can you give me a short synopsis?
When Art and his friends—Robbie, Jason, and Amy—are having a sleepover, they decide to use Art’s telescope for some stargazing. They are shocked to see a purple spaceship hurtling toward Earth. While his parents think his imagination is getting the best of him, Art thinks Earth is at risk of an alien invasion. What should he do? Should Art and his fellow science detectives alert the authorities, or should they take matters into their own hands?

When the local police don’t seem concerned about Art’s report, the group decides to apply their knowledge of science and critical thinking skills to prepare for the impending attack. They need a plan—and fast!

What transpires as they gear up for the spaceship’s arrival will amuse and educate. Art Smart, Science Detective will appeal to budding scientists and even reluctant young readers as it answers burning questions such as “How close is science fiction to real life?” and “Can peanut butter really keep your brain safe from an alien assault?” This entertaining journey through the science of the sky is easily incorporated into middle-grade STEM/STEAM classrooms.

Thank you for your honest feedback on the hard work of writing! Your new book sounds like a lot of fun. Hope it finds a large audience for you. If you would like to learn more about Melinda’s writing, here are some links to get you started.