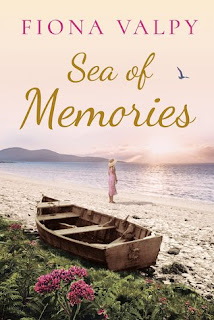 What inspired you to start writing your novels?
I was living in France when I began writing and I felt that there was so much inspiration all around, in the countryside, the people, the food and the wines… That led me to write my first novel, The French for Love. All my books are inspired by a sense of change, of arriving at a crossroads and of gaining a new perspective on life, so I think that the move to France had a good deal of bearing on that too.

What was your process in getting that book published?
I did SO many edits on my first book and I self-published at first. I’d had the usual rejections from agents, that many writers have experienced, and was about to give up when I read about a new digital Publishing company that was just starting up – Bookouture - and they were inviting writers to submit their work directly.
I sent my book off to them and the rest is history… Although they did make me pretty much re-write it AGAIN before it was published!

I see your earlier books were contemporary but your last two books were based in the 1930's. What drew you to write about that era?
At first, I drew my inspiration from the modern-day setting in which I found myself, but then I began to get to know my French neighbors better and they began to tell me more about the war years in their country. Their stories were moving, fascinating, horrifying… and I realized that the people who witnessed those years first hand are dying out now. I felt that their stories needed to be told so we never forget what people went through.

What surprised you in researching historical settings?
I never failed to be surprised at extraordinary acts of courage carried out by ordinary people. I wove some of them into The Beekeeper’s Promise.

What is the hardest part of writing for you? Starting? Creating a scene? Dialog? Tension, etc?
The opening passages are always hard to get right and take the most re-working. There’s so much you need to get in, and the temptation is to put it all down at once> Learning how to pace those first pages has been a vital lesson for me – after all, they are the pages that will make a reader want to know more and begin to care about what happens to the characters. to make them want to keep turning those pages to find out where the story goes.

What does your editor remind you to do most often?
Remember to stay focused on the point of view! I tend to meander off course and start bringing in lots of different POVs but I have a great editor who gently but firmly keeps putting me back on track.

What’s the best encouragement you’ve had in your writing?
The reviews from readers and bloggers have been wonderful, and I love getting letters or messages from people who have related to particular themes in my writing and who say that a book has helped them on their own life’s journey. Some of them are very moving indeed.

We have all experienced writing rejection. 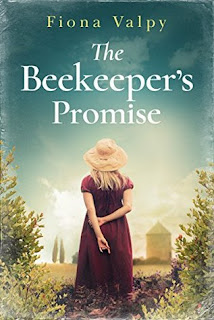 Give me an example of how you learned to write past it.
When I decided to move on to writing novels with a historical theme, the publisher I’d been working with until that point said they weren’t interested. It was a bit of a shock as my previous books had done so well with them. But by that stage, I had signed with an agent and she was wonderful. She really believed in my writing and submitted my next work to other publishers.

I was fortunate to get a contract and a generous advance from Amazon Publishing. That new opportunity has taken my writing career to heights I’d never dreamed I’d reach, with Sea of Memories hitting the number 1 spot in the UK Kindle chart. The lesson I took away from that experience was to believe in your own writing – if you do then others will too.

What has surprised you the most in writing/publishing?
The support of other people in the writing community has been amazing. There’s a real sense of solidarity and a bond which is probably forged from the understanding of how tough it is to make a go of it in publishing nowadays.

What has frustrated you the most?
The thing that frustrated me the most was having to re-write my first book before it could be published. But in hindsight, it was a valuable lesson and it made me a better writer. It also helped me to develop the resilience needed to succeed in the publishing industry. It’s a bit of a paradox, but to be a writer one needs to be both sensitive and tough at the same time.

What do you know now about writing you wished you had known sooner?
That I am capable of earning a living as a writer. I should have had the confidence to start years ago.

What is the best writing advice you’ve received or could give?
Keep going, and never, ever give up!

Are there any other points about writing you would like to add?
I’ve learned, the hard way, about the value of planning. At first, I just thought I could dive in and the book would pretty much write itself. But now I plan each novel as thoroughly as possible before I begin. I have found that it’s invaluable in keeping complex storylines on track. Of course, there’s always scope for the story taking off in directions of its own too – and those are often some of the most exciting passages. 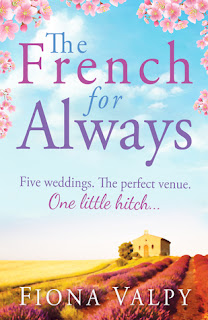 What is the next book coming out? Can you give me a short synopsis?
My next novel is due for publication in summer 2019. It will be a sister book to The Beekeeper’s Promise, telling the story of one of the characters who worked in Paris in the couture industry during World War II and became involved in the resistance, moving refugees through secret networks to get them to safety. I find it a fascinating juxtaposition: the glamour of French couture against the hardship of the war years and the incredible bravery of those who risked their lives to save others.

That’s all for today’s interview. If you would like to learn more about Fiona’s books and perhaps buy one, here are ways to get you started.