I'm changing things up for this week's post. Rather than read an interview about one author, you can join in with the “Night of a Thousand Authors.” This is a special webcast at 4:10pm from Jerusalem. That's 3:00 PM EST.

Here are the details from Joel Rosenberg, one of my favorite authors... 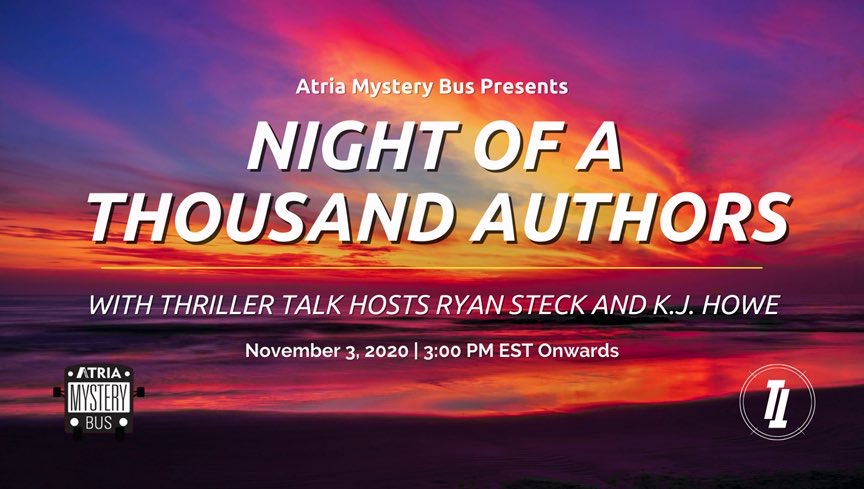 I’m so jazzed to be part of “The Night Of A Thousand Authors” — a program unlike any other, in which one New York Times best-selling novelist after another does a 10 minute interview talking about thrillers, not partisan politics!

After you vote, please tune in tomorrow, Tuesday — event starts at 3pm eastern and my interview is at 4:10pm eastern (live from Jerusalem). Hope you’ll watch it all.

The “star-studded event“—which will live stream across a number of platforms—will serve as the show launch for THRILLER TALK, a brand new podcast from Howe and Steck, who’ve teamed up to bring fans of the genre a fresh, innovative new show that’ll cover the thriller genre in a way that’s unlike anything else available on the web.

“How often do you get to see this many big name authors in one place over a short period of time?” Howe asked, “The magnitude of star power makes this program unique.”

“This is going to be wild!” Steck said, “Wall to wall and back to back, rapid fire interviews complete with potential odd pairings overlapping and doing it live? It can only go right!”

Get all the details here.