The Art Form of Micro-Movements: An Interview with Jake Burt 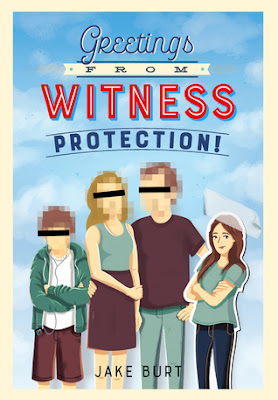 Your bio says you teach 5th grade and write for the MG market. Do some of your students show up in your books?

Though I make sure not to include any actual students in my books, their influence absolutely makes its way into the narrative. In fact, any authenticity my characters have I attribute directly to students. The cadence of their speech, their delightful weirdness, and their impressive problem-solving skills are all reflected in my main characters.

Do you use your students as beta readers?

To make sure I’m getting it right, I do have several former students who I’m honored to count among my second readers. I don’t ask current students to do it (I give them enough homework as-is…), but the insight those veteran readers provide is invaluable.

What kind of student were you in 5th grade?

As a fifth grader, I was a mercurial student. I loved to read; adored art, science, and social studies; participated as much as I could in class; and did as little homework as I could get away with. I was savvy enough to breeze through my classes academically...at least, until honors pre-calculus in high school, when my brilliant, “My work ethic is no work ethic” strategy came back to bite me. I had to teach myself what working hard meant - a skill I wish I would’ve developed back in fifth grade. 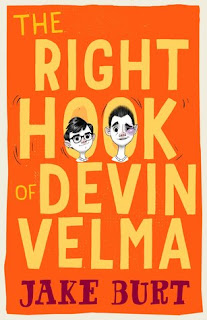 Most of my writing pre-book was as a historian; my undergraduate and graduate degrees are both in medieval English history. I didn’t get the bug to write a novel until I took a year off to be a stay-at-home dad when my daughter was born. Being the at-home parent was both incredibly rewarding and excruciatingly boring. As I walked my colicky baby around, I found myself thinking of stories, and eventually, one reared its head and demanded that I write it.

A year later, I had a behemothian 578-page YA fantasy novel. It hasn’t seen the light of the publishing day - it’s so unwieldy that every time I think of going back and revising it, I chicken out and decide to write an entirely new book instead. Still, one day, maybe…

I’ve been in several critique groups over the years, and I’m currently a member of the Wallingford Writer’s Community up here in Connecticut. They’re a delightful group of poets, nonfiction authors, memoirists, satirists, and fantasy novelists who have, thus far, been entirely tolerant of the out-of-town middle grade novelist crashing their meetings.

I suppose if there’s anything I would’ve liked to have known a little sooner, it would’ve been that my editor (Hi, Liz!) is more than willing to work with me on absolutely any part of my manuscripts, whether big-picture questions or minutia. I spent a goodly bit of my early published career worried that the messages I sent her would be bothersome.

Turns out she’s a fantastic resource for all kinds of queries, and she’s great at helping me unravel sticky plot points. Would’ve been great to know that I’m not nearly as irritating as I thought I was (or that she’s far more congenial than I deserve). 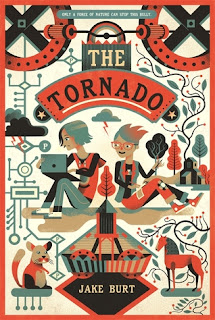 For whatever reason, I tend to overcomplicate things in my first drafts. I’ll lead my characters and plots through unnecessary twists and leaps of logic that frequently force me into stretches of exposition or clunky dialogue. Untangling those plot-knots in the first revision is usually the trickiest part for me. Once I do move past them, though, I get my second wind (and tend to fall in love with the story all over again).

She guides me with questions, most of which encourage me to deepen the context or meaning behind a character’s actions. She’s as much of a champion of my secondary characters as she is of my protagonists, and I’ve discovered some delightful nuances about them as a result of the second looks my editor has nudged me to take.

The most encouraging thing for me is always the feedback from kids. They’re my primary audience, and when they take the time to share how much one of my books entertained them, it means the world.

We have all experienced rejection. Give me an example of one you’ve had, and how you learned to write past it.

My favorite rejection came after a full manuscript request for the second book I ever wrote (which remains unpublished; my debut novel was my third book). The agent was pointed with her critique, complimentary in all the right ways, and did a brilliant job of encouraging me to keep at it despite her decision not to offer representation.

It was so well-delivered that I actually use her rejection letter in my writing lessons to my fifth graders, when we’re talking about peer critique and editing as part of writing workshop. I say, “See how a professional delivers this editorial advice?” It’s basically my mentor text for that lesson, and it’s all the more poignant since it’s a rejection I actually received. 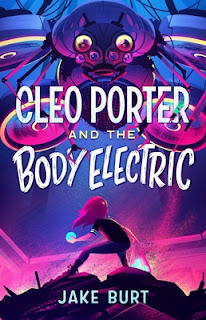 The biggest surprise has been how tricky it is to build upon the success of a debut novel. I haven’t gone the series or sequel route, so my stand-alones don’t lead into one another as smoothly as some of my colleagues’ stuff does. Like so many authors out there, I’m still searching for that perfect formula of social media engagement, live and virtual events, and brilliantly creative publicity to ramp up readership.

What has frustrated you the most?

Admittedly, I find engaging on social media to be frustrating, so my form of procrastination on finding that formula has been to simply write more books. I’ll be at five novels in five years come next fall...

At every stage of the process, find people to share your writing with. Make sure you trust them to be honest about the work, and preferably find those who read extensively in the genre you’re writing in. I’m lucky to be surrounded by teachers and librarians in my day job, and I lean on them heavily for critique passes of my books. Their advice and questions have been invaluable. Writer’s groups, whether in-person or (these days) online, are also great.

I often tell my students to spend some time figuring out how they like to write - and I mean that physically. I encourage them to time how long they can sit to write in any given session before they start getting twitchy, so that they can incorporate that knowledge into their planning phase. Does your left leg bounce as you write? Make sure to sit somewhere that’s going to allow it to do that without being a distraction. Fingers grip a pencil too hard? Find a different utensil. Ours is an art form of micro-movements, but it still requires precision control of our bodies, and writing is likely to be a more comfortable (and hence more sustainable) pursuit if we understand that.

Up next for me is upper middle grade fantasy/horror. The title is The Ghoul of Windydown Vale. It’s about a little town that takes great pride in its monstrous legend, and what happens when the world’s premier demon hunter shows up to “solve” their problem.

Sounds like a unique twist to a horror story. Looking at Jake’s book titles has got to tweak your interest, so here’s how you can follow up.