The Importance of Marketing: Author Interview with Judith Keim 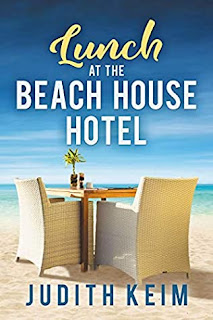 You have definitely proven yourself as an author with the numerous series and stand-alone books that you have published. When did you publish your first book? At what time did you think you could make a career at it?

I’m intrigued by the fact that you were part of the Soul Sisters of Cedar Mountain Lodge series with other authors with each writing a book that included the same characters but from different perspectives. How did that come about? How did you work together to create a cohesive story?

We authors met at a writing conference and because we write the same sort of book got talking about the fun of doing a series together. We quickly decided Christmas book with a family brought together by unusual circumstances. It was a ton of work to coordinate stories not only with the characters but things like time of day, weather, etc. when various events happened.

We wanted to keep the characters true to themselves in each book which meant a lot of proofing, etc. Violet Howe was a former wedding planning and developed an Excel spreadsheet to keep track of things. 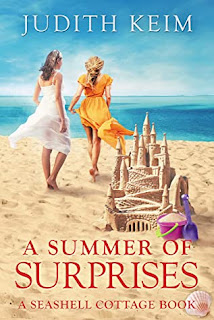 You’ve written at least 10 series. Did these begin with the idea of being series? How do you set them up?

I like stories of women helping one another. I tend to bring three women together which means aside from the normal development I get to really dig into one of the characters in its own separate book. Besides, I love my characters and find them hard to leave sometimes so a three or four-book series gives me a chance to see them grow.

You've been traditionally and indie published. When you decided to go indie what surprised you the most in handling your own publishing?

The idea that having a traditional publisher is any different from going indie in the sense of publicity is basically not true. There is some benefit, of course, to being traditional, but participation in publicity is a must in either case. Also, being indie gives you so many other choices, such as book cover design, release dates, etc. The bottom line is either way, be prepared to work full-time.

What is the best advice you've been given about writing or that you've learned that you would like to pass along?

I always say “Write from your heart!” Writing a novel is hard work from the development of an idea to completion but if you haven’t written something that resonates with you it won’t resonate with your reader. 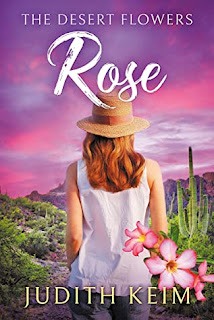 What other works do you have in the process?

I will release three other adult books this year. I’m very excited to release another Seashell Cottage book, a stand-alone that features different stories involving this cottage on the Gulf Coast of Florida.

A ROAD TRIP TO REMEMBER features a character I’m sure all my readers will love. And then, after being begged to do so, I’m releasing another book in the Beach House Hotel series in the summer.

MARGARITAS AT THE BEACH HOUSE HOTEL. Then, because I don’t like to keep my readers hanging too long with a series. THE DESERT FLOWERS-LILY will be out in the fall. Stay tuned!!

Which is the next book coming out? Can you share a short blurb on it?

The next book out will be A ROAD TRIP TO REMEMBER.

Blurb: After agreeing to enter the New Life Assisted-Living Community outside of Boston, Agatha “Aggie” Robard decides to take a road trip to see some of her old college friends. She particularly needs to speak to Donovan Bailey, the man she’d thought she would marry right after graduating from college. She convinces her twenty-one-year-old granddaughter, Blythe, who she’s grooming to take over for her as CEO of The Robard Company, to drive her to Florida, hoping to prove to Blythe that life should be about having fun too. It’s a great idea for both of them as long as Aggie’s son and his wife, Blythe’s difficult stepmother, don’t find out. 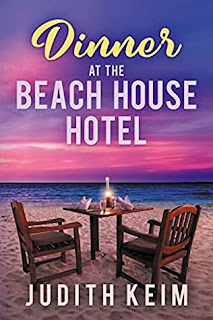 While the rest of the family is away on vacation, Aggie and Blythe set off on their secret adventure. All goes well until Aggie falls while dancing on the beach with Donovan, breaking a bone in her leg. Then Blythe’s father is seriously injured in an automobile accident. Blythe and Logan Pierce, Donovan’s young assistant, do their best to step in for them at The Robard Company working together, fighting the attraction they feel for one another.

The road trip brings about happy memories, surprises, and love as Aggie and Blythe meet others and discover new possibilities for everything they’ve ever wanted.

That's all for today's interview with one very busy author. As I live in the Gulf Coast of Florida, and feel totally blessed to be here, that book has my attention. I'm sure my blog readers will be able to find other books of yours as well to grab their attention. Here are some links to get you started.