Bring That Dream to Life: Author Interview with Barbara Davis 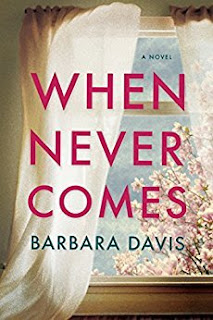 Like many authors, you first had a successful career in another field where you had a regular paycheck. What made you toss that aside to start anew as an author?
I was actually lucky enough to get laid off in 2010 during the Great Recession. I know that doesn’t sound very lucky, but I was well on my way to corporate burnout in the jewelry business, and knew I wanted to get out, but that’s easier said than done.
Fortunately, when the pink slip landed in my lap, I was blessed to have a husband who urged me not to go back to work, but to follow my dream of writing instead. I’d been sitting on an idea for a book for about four years, and he urged me to write the book and he would carry the load. It was scary, but I agreed. And the rest, as they say, is history.
How did you go about finding an agent / publisher?
The agent story is actually my favorite story. I was about halfway through my first novel (THE SECRETS SHE CARRIED) when I decided it was time to find out if this dream of mine had legs or if I was wasting my time, so I decided to get some feedback. I found a local writers group and signed up, agreeing on the first night to submit my first two chapters for critique the following week. When the next meeting rolled around I was so petrified I almost bailed. Luckily, my husband booted me out the door. 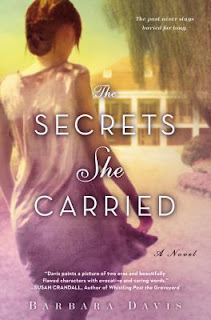 That night there was a woman sitting across from me. She introduced herself by her first name only and said she was just there to observe, which I found a little odd, but I was too nervous to think much about it. At the end of the critique of my work, when I was walking out, she caught up with me and introduced herself. She was a NY literary agent scouting new talent and she loved what she’d read of my work, and had I given any thought to representation. I just knew I was being punked, but a week later I had an agent.
A month after I finished the book we had a two book deal with Penguin, and about a year later, Secrets released. What a ride!
What is the hardest part of writing for you?
My books are generally dual timeline, meaning they there are two stories, one present and one past, that need to weave seamlessly. I absolutely adore the format, as both a reader and a writer, so I won’t say it’s “hard,” but it requires a LOT of work to make sure the timelines flow seamlessly for the reader. It’s basically like writing two separate books and then splicing them together so cleanly that the reader doesn’t notice.

What does your editor remind you to do most often?
Go deeper into the character’s emotions. She’s great at making me pull out al the angst, and take the reader’s emotions up a notch. 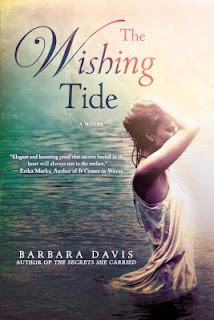 What’s the best encouragement you’ve had in your writing?
The responses I get from my readers. It’s so lovely to get an email from someone who’s just finished one of my books, and read that something I wrote has touched them in a deeply personal way. Any time I need a jolt of positivity, I go to my Fan Mail file and read some of the special messages I’ve received over the years. When you remember who you're really writing for, you remember what a privilege it is to do this crazy writing thing every day.

We have all experienced rejection. How have you learned to write past it?
I remember three things. 1) Agents, editors, and readers have different tastes, and as a writer you can’t take a negative response personally. You have to keep putting yourself out there until you find your own sweet spot. 2) That being said, negative responses are often blessings isn disguise if you let yourself dig deep into the critique and turn into fuel to improve your craft. 3) Finally, I firmly believe that none of us is given a dream without possessing the gifts required to bring that dream to life. It may take time and lots of elbow grease, but if we want "it", then “it” wants us back, which means it’s only a matter of time.
What has surprised you the most in writing/publishing?
I was in the corporate world, at a pretty high level, and it was very dog-eat dog. Someone was always trying to knock you off the ladder. But when I stepped into the writer’s life I was pleasantly surprised by the kindness and generosity of veteran writers willing to read and blurb and share my books with their readers. Seven books in, I still remind myself to pay it forward, the way those writers did for me. 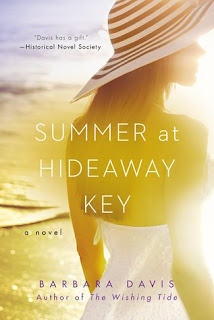 What frustrated you the most?
As for frustration, I would say how many hats I had to wear as a brand new writer who knew literally nothing about the business. All of a sudden I had to know about public relations, accounting, advertising, media platforms, etc. I was still trying to figure out how to write books! When they’re signing you, you hear all the things they're going to do for you and then your book publishes and… you’re mostly on your own. It was pretty overwhelming.

What do you know now about writing you wished you had known sooner?
That when I’m really struggling with a passage that’s not cooperating, I mean really gnashing my teeth to make it work, I’m probably writing something that doesn’t belong in the book to begin with. I learned it the hard way of course, and wasted tons of time along the way, but now I tend to notice sooner that I’m chasing my tail and I step away. Most of the time.

What is the best writing advice you’ve received or could give?
First, read REALLY good books. Study them like textbooks. Highlight them. Make notes in the margins. Try to see how really great authors set up a story, build a character, ratchet up tension, and make you turn pages. Then figure out how to make those tips your own.
Second, Get tons of feedback. Not from your mom or you BFF, from readers who will tell you the truth about what does and doesn't work. And finally, put in the work. Be patient and willing to stick with a book for the long haul. Jump through as many hoops as necessary. This might mean twenty drafts and fifty query letters. So be it. 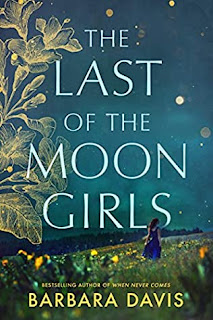 The temptation to rush to publish before a book is ready can be overwhelming when you’re starting out. You want to be able to say you’re published. But a pro knows doing the hard work first is where the real payoff is.

What is the next book coming out? Can you give me a short synopsis?
My next novel—THE KEEPER OF HAPPY ENDINGS—is due out in the fall. (yay!) Cover and exact pub date are imminent. It’s the story of a Parisian dressmaker descended from a long line of bridal designers quietly known as The Spellweavers. It's said that the bride who wears a Roussel gown on her wedding day is guaranteed a happy ending.
Unfortunately, this particular bit of luck has never extended to the Roussels themselves, and Soline Roussel's story is no different. When tragedy strikes and her fiance, an ambulance driver with the America Field Service, is lost during WWII, she is forced to make a new life for herself in the US.
Decades later, despite a brilliant career, she has become something of a recluse, nursing scars that are both physical and emotional, when a young woman whose story eerily mirrors her own inexplicably enters her life. After years of walling herself off from her past, Soline must confront her own losses and the very real possibility that some unseen force is at work in both their lives.
Sounds like an intriguing story. If you'd like to learn more about Barbara's writing, here are some links to get you started.