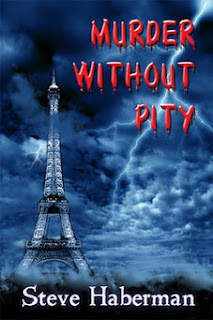 Your career was in law and stock trading. What made you decide to write that first novel?

Before I wrote my first novel, Murder Without Pity, I had visited Europe and its historic sights a number of times.  I had also read a fair amount of history about France and Germany during WWII.  That got me to thinking about how the offspring of Nazis, whether French, German, or Italian, dealt with this family sigma.  Some weren’t bothered by it; in fact, they embraced it. Others, those with a conscience, were horrified by this stain.

So I wondered how someone, who fell into that latter category, would deal with it. To add to his question, what if that someone with a conscience was a French criminal investigator, whose grandfather was a pro-Hitler Frenchman?

I was also interested in the fact that in France, a country that suffered greatly during two world wars, the past is hardly dead.  It lies just below the surface. WWII was fought literally in many people’s front and back yards, so that tragic history remains vivid in their collective memory.

To show you what I mean, in 1993, nearly half a century after the end of WWII, in Paris a Frenchmen killed Rene Bousquet, a major French Nazi, responsible for arresting thousands of Jews.  That assassination caused newspapers headlines and stories and TV commentaries. In Murder Without Pity, a Paris criminal investigator, grandson of a French collabo, comes face to face with someone from that war and must decide how to deal with it. 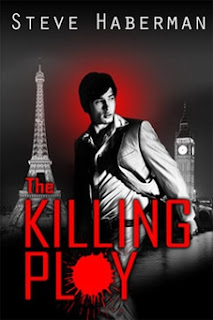 What made you choose the indie route to publish?

I’ve never really liked having someone over me, but I put up with it when I was out in the work world. Not so with my writing. I’ll listen to what someone says, but I don’t want to feel pressure to accept.  I’ve got to be my own man. I also don’t want to feel pressured to write.  I think that jams up the subconscious.  I have to relax, proceed at my own pace, let the ideas bubble to the surface.

Furthermore, I don’t want to jump through all the hoops, which you must do in traditional publishing.  Go to conferences. Make an elevator pitch to a complete stranger.  Write the query.  Make endless changes to my manuscript at the demand of perhaps some unreasonable agent. Put up with the egos and the pettiness and at times the meanness, and there can be lots of all three in publishing, a world that can be brutal, in my opinion, where poor sales could mean out the door for you.

What was the most challenging part about putting together the book?

The hardest part is finding an editor.  Some might be good, but charge an arm and a leg. You plunk down a sizeable amount of dollars, then you have less to spend on publicizing, cover design, etc. Other editors might nit-pick you to death. Still others might find problems in the manuscript where none existed; they just didn’t read closely. Still others might give good comments, but be patronizing. Most editors I’ve had, though they added value, didn’t add enough to justify the price paid, and didn’t impress me.

Nevertheless, I did find one good editor on Fiverr, believe it or not, Cate Hogan. She critiqued part of one manuscript and was respectful doing it, which I find refreshing in an industry filled with big egos.  I might very well use her again. 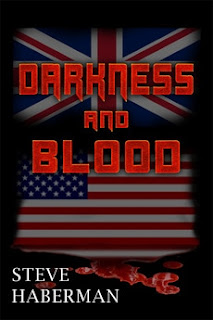 How did you choose your book cover designs?

I forget what search terms I put into Google long ago, but in any event, I found Vila Design and have used it twice.  Tatiana, its owner, is talented, her rates are reasonable, and she’s easy to work with.

Probably creating tension that’s organic, that flows from the story.  It’s especially hard these days to do because of the virus.  Traveling to Europe, the locus of my stories, is impossible for the time being. That fuel for the imagination, the raw material that makes the mind take off, is temporarily cut off. I can’t walk the streets, watch the people, see the dramas, take in the smells, notice the colors.  I make do here in San Diego, but it ain’t the same as being in Berlin, Paris, London, or any other cosmopolitan city.  But one of these days, when Europe reopens, off I’ll go for maybe three months or so.

What's the best encouragement you've had in your writing?

Two things. First I read reviews from time to time as long as they aren’t vicious.  A few have been a little extravagant, but it’s still nice to hear. Helps me hang in there. Secondly, through Voracious Reader a fair number of people have expressed interest in being on my mailing list for writing-related notifications. 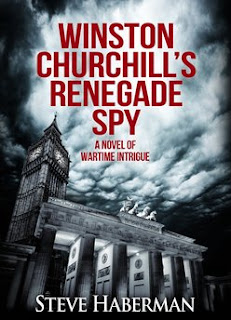 Who helps you with publishing?

I’m a one-man shop.  I do the research, come up with the cover concepts, read in my preferred genre, edit, write, plus publicize. I can only devote so much time to these activities because I have other interests like studying foreign languages and planning for my return European trip.

I can’t think of any answer to that.  Even before I started writing thrillers, I had done a fair amount of writing in college.  So I understood, even way back then, that writing is nothing, but rewriting, then re-re-writing, and so on.  Always polishing, always editing, always taking out words, looking for synonyms. To an outsider, that process might be tedious.  But for me, it was simply something that came naturally without effort, without a second though.  So when I started writing thrillers, I was already emotionally ready.

What is the best writing advice you've received or could give?

Be very, very careful of any read-and-critique group you join.  I don’t know why but some people feel they have license to be ugly in a context like that.  If you get one where everyone respects each other, go for it. Other advice: go to the writing desk daily to keep your story going.  Write in the genre you enjoy reading.  Read quality writers only.  If you read bad ones, you might pick up bad habits. For instance, I read John Le Carre, Alan Furst, Robert Harris, Joseph Kanon to name a few.

Two points. Write because you enjoy it, not because you expect to get rich and famous. Marquee authors are few and far between.

There are many sharks out there (see Writers Beware website). Before you buy any service, investigate.  Google it to see what the reviews are like, or if there are even any reviews.  And check with any writers’ group you belong to for feedback.

Where the Bones Lie, is due out this year.  It’s the sequel to Winston Churchill’s Renegade Spy.  It’s 1946 Berlin. WWII has been over for several months.  A famed American woman reporter goes missing in the shattered German capital.  Her lover, who did undercover work for Churchill, sets out to find her.

Having read Winston Churchill’s Renegade Spy it intrigues me that you have a sequel. If you like to learn more about Steve's writing, here are some links to get you started.