On Using Your Talents to Their Fullest: Author Interview with Patrick Higgins My interview today is with Patrick Higgins the author of the end times prophetic series, Chaos In The Blink Of An Eye. So far, he's released the first six books plus the sequel, but there are still six more in the process to complete the set. All have received great reviews. Read on to discover more on the books and the author.

In reviewing your bio, I can see that you take your faith seriously and you want to share that “Good News” with others. What made you decide to write Christian themed books rather than going into another form of ministry?

Ephesians 2:10 states, “For we are His workmanship, created in Christ Jesus for good works, which God prepared beforehand that we should walk in them.” In no way does this scripture imply that we are saved by works. Only the blood of Jesus has the power to save us. We are, however, saved unto works.

With that in mind, envision, if you will, being born with a bucket full of talent that was instilled in you at birth, from the Creator. Whether it’s writing books like me, or starting a music, children’s, feeding, or prison ministry—if you are feeling the pull of the Holy Spirit nudging you in a certain direction, there is a very strong possibility it’s one of the talents God had purposed for you before time began.

Since tomorrow is promised to no one, I would strongly encourage you to get busy emptying the bucket of talent God intended solely for you. As for me personally, when I stand before my Maker on that inescapable day, I don’t want a single drop of talent to be left in that bucket. How about you? 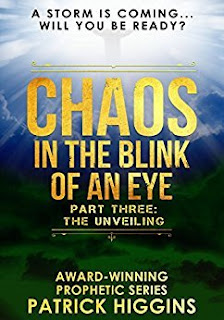 How long did it take you to write the first book?

With exception to the 5th and 6th installments of the Chaos in The Blink of An Eye series—which took a little longer to write, as both are significantly thicker in volume than the first four installments—the stories I write usually take nine months to finish. I jokingly tell my female friends it’s the closest I’ll ever get to experiencing childbirth, only in my case it’s book birth.

Did it change much from what you first envisioned it would be?

The only significant changes I have encountered from when I started writing the first installments of the CHAOS series, have to do with technological advances. Over the past 10 years, they have become so advanced and far reaching that some of the technologies that were written into the series at the outset, have long since become outdated—extinct if you will—and needed to be upgraded.

Have you received push back from readers that your books are too preachy?

Yes, on occasion. Let’s face it, the Gospel was meant to be offensive to fleshly ears. Who among the unconverted want to hear that their sins have put enmity between themselves and the One who knit them together in their mothers’ wombs? Who wants to hear that if they do not repent and trust in Christ alone for their salvation, they will end up in hell when their life comes to an end?

Charles Spurgeon once said, “Hard words, if they be true, are better than soft words, if they be false.” As someone who doesn’t write for the notoriety, but to win souls to Christ, I wholeheartedly agree with this statement. But I also believe the Good News of God’s salvation must always be preached in love. Always! 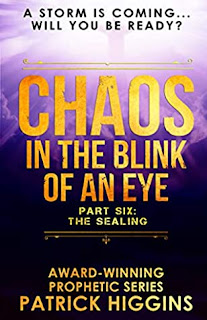 The hardest part for me is that I tend to overwrite. When I finish writing the bulk of a story, I envision a huge block of ice before me which needs sculpting. The shortening of the text is me taking a chainsaw and sculpting the block of ice until it becomes a beautiful sculpture, or in book jargon, a story worthy of being introduced to the marketplace. Believe me when I say, deleting parts that I work so hard to include in a story is no easy task! It can be just as grueling as writing the story itself.

Naturally, winning book awards and reading positive reviews always encourage me to keep on keepin’ on, so to speak. But, without a doubt, when I receive emails or read reviews proclaiming that the reader’s faith has been strengthened, or that they have received Christ as Lord and Savior after reading one of my books, I rejoice in each circumstance. What can be better than that? Notoriety? Fame and fortune? I think not.

Unlike the underlying stress that accompanies writing “stand alone” novels, I’ve learned firsthand that stress levels are infinitely higher when it comes to writing a series. There’s always a clock ticking in my head, reminding me that many are waiting for the next installment. Then, soon after its release, I start receiving emails asking when the next one will be released, and the clock starts ticking again when my brain should be resting. This is a good problem, to be sure, but it can be a little overwhelming at times. The life of a writer... 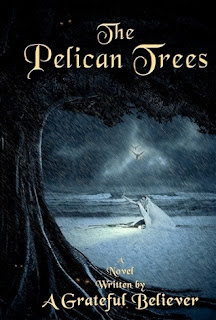 The best writing advice I received is if you cannot connect to your story emotionally, in other words, if you cannot laugh at the funny parts or cry at the sad parts, don’t expect your readers to either. It’s that simple.

As for what advice I can give, while it’s beneficial to read the works of other authors—it’s even good to be compared to them—from a creativity standpoint, it’s vital that your readers are always convinced beyond a shadow of a doubt that what they are reading is distinctly you, and no one else! In short, your work must be uniquely your own!

All writers are different. As for me, I do not write in chronological order. In fact, very seldom do I start writing chapter one first. What works best for me is just to keep writing, without worrying too much about formatting or editing, or about trying to make chapter 4 fit into chapter 1. The key is to keep writing. Everything else will get sorted out in the end. Because I do not write in chronological order, I am always amazed at how differently the bulk of my stories end up, then how I first envisioned them at the outset. 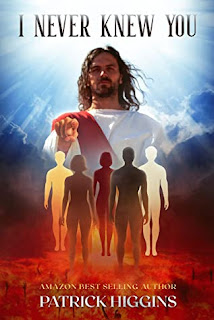 You’ve already released six books in your “Chaos in The Blink of An Eye” series. When will the next one be released?

I am presently working on the seventh installment of the series, and will have a release date in mind in the coming weeks. Praise God, the series has already garnered more than 3,000 positive ratings/reviews on Amazon/Goodreads, on the first six installments. Once completed, there will be 12 books. Since the next installment will take us up to the midway point of the seven-year tribulation period, I am eager to finish it in the soonest possible fashion…

Could you give my readers some details on that book (or your current one)?

In truth, I was so spiritually tormented after finishing the 6th installment of the CHAOS series, that I had to take an extended break, not from writing, but from the series itself. What persecuted me so deeply in my spirit—and profoundly impacted my health—was writing in vivid detail about the persecution Christ followers will surely suffer during the Tribulation period, as described in the book of Revelation. It’s so graphic in some places that I was prompted to include a warning to my readers up front—a first for me.

Would you like to mention any other of your books?

During my brief hiatus from the CHAOS series, I was able to finish my latest release, I Never Knew You, which I started writing back in 2016. This story also focuses on our persecuted brothers and sisters who languish in prison for their faith in Christ, only in a present-tense setting.

Mostly due to the popularity of the CHAOS series, I was unable to put any time into it. It’s amazing how God works! Had I not taken an extended break from the series, this book would still be unfinished, and the many personal emails I’ve received from readers whose lives have been totally transformed from reading it—their words, not mine—would have gone unwritten. What an awesome God we serve! 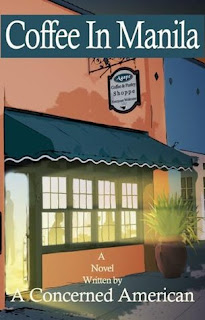 I also wrote The Pelican Trees, Coffee in Manila, and The Unannounced Christmas Visitor, which won both the 2016 Independent Publishers Awards (IPA) and 2018 the Readers’ Favorite gold medal awards in Christian fiction.

That's all for today's interview. I hope it will inspire you to look into his books and starting his CHAOS series. It will definitely be a page turner you will want to keep reading. Here are the links to learn more about Patrick's books and upcoming works.