Write the Next Book: Author Interview with Patricia Yager Delagrange 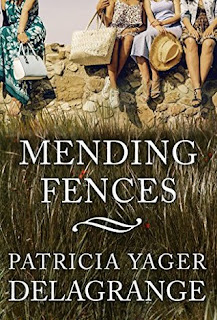 What made you decide to write your first novel?
In 2009 my eleven-year old daughter came home and told me her friend asked where her mom worked. My daughter told her that I was a “mom”. I’d been a stay-at-home mom since giving birth to my son in 1994. I suddenly realized that both my kids were in school from 8 until 3 each day, so I had a good chunk of the day in which to do something other than being “mom”.

Who encouraged you along the way?
I remembered a close friend once telling me I should write a book. At the time I thought it a ridiculous suggestion. But in that moment, in 2009, it didn’t appear as outrageous an idea as I’d first thought. So I went out and bought a MacBook and started writing my first book - Passing Through Brandiss.

What drew you to write about broken-hearted couples and atypical families?
I am not a romance writer even though I enjoy reading about couples who just so happen to be in love. But we all know that road is not an easy one. Being in love, that is. I’m married to the same man I met in 1986 and married in 1991. But every couple has a relationship totally different from any other couple.
Everyone has problems, both as an individual as well as together. How those two individuals work out their problems is unique. I love placing a couple in a difficult situation that will inherently be hard to deal with. Then I sit back and watch them jump through the hoops necessary to get to the other side of that problem. Do they stay together? Do they break apart? 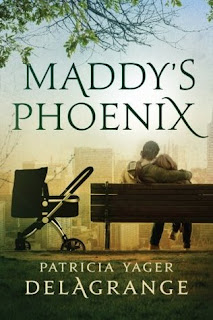 Who has helped you with the editing?
I have had four or five editors. It’s when I discovered “developmental” editors that my writing improved. They were the encouragement along the way because they pointed out the holes in my stories or the questions I left unanswered that needed to be dealt with, the difficulties with keeping an understandable timeline. A developmental editor is an invaluable resource for enhancing the quality of my writing and helping me with ideas to write a better story.

What is the hardest part of writing for you?
The hardest part of writing for me is finding an idea I can run with and create a story that interests me enough to develop it into a full-length novel. I love writing dialogue and creating the different characters who make up the life of a good book - characters who will add enough push and pull to the scenes and can capture and entertain me, as well as the reader from the beginning to the end.

What’s your inspiration for creating the locations for your series?
I love to write books set in places I know well which is why my books are set in either the San Francisco Bay Area where I grew up or in the Santa Barbara area where I went to university and spent a lot of time after I graduated. I might create an imaginary city near these areas, but the town or city will always be set in a real place of which I have personal experiences. 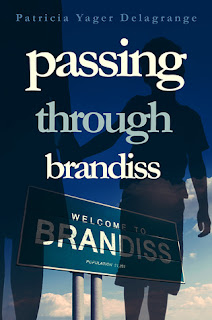 What does your editor remind you to do most often?
Most often my editor reminds me to “show, don’t tell”. There’s a fine line between telling the reader what she needs to know to understand what’s going on and showing that reader through dialogue and action what’s going on. A book isn’t made up entirely of dialogue nor endless explanation of the how and why. There has to be a balance as well as the ability to “get into the head” of each character so the reader understands who the characters are and why they act the way they do.

What’s the best encouragement you’ve had in your writing?
The best encouragement I’ve ever had has been my publicist whose clients were bestselling authors (I am not) and who believed in my writing so much that she encouraged me to “write the next book” no matter how well my books are selling.

What has surprised or frustrated you the most in writing/publishing?
What surprised me the most and continues to amaze me is the difficulty in finding an agent. I still don’t have an agent after having published six books and receiving mostly five-star reviews for my novels. It’s the most frustrating thing I’ve encountered thus far in writing books.
It’s difficult to be a self-published author because your marketing budget is not going to match that of a traditional publisher and I feel like a guppy in the ocean, competing against those writers who have the financial backing of a traditional publisher.
What do you know now about writing you wished you had known sooner?
I wish I had known about development editors. It would have helped me enormously from the “get-go” had I had someone who could guide me in writing a cohesive, flowing story with suggestions on how to add points of interest to the stories in my books. 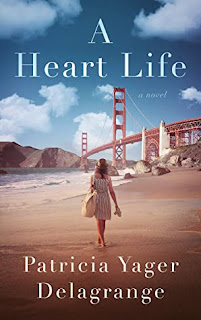 Are there any other points about writing you would like to add?
There are many suggestions for “how to write” that I found were completely ridiculous and failed to make my writing better, like “don’t use adverbs and adjectives”, for example. It’s one of my favorite ones to throw out the window. Words are meant to be used in a way to enhance your writing and taking away adjectives and adverbs, in my opinion, is silly and makes writing boring.

Tell me about your next book coming out? Can you give me a short synopsis?
During this corona virus period, I took a number of classes to gear up to writing  a sequel to A Heart Life. I want to find out what happens to the main characters: Leena, Michael, and Leena’s daughter, Joy. A Heart Life storyline needs to  continue because the characters at the end of that book experience something that will change their lives forever.

Patti, thank you for taking the time to share your writing journey with my readers. If you'd like to learn more about her books, go straight to her website at www.patriciayagerdelagrange.com
Posted by Christine L.Henderson at 7:00 AM