The Importance of Reading Your Writing Genre: Author Interview with Davis Bunn 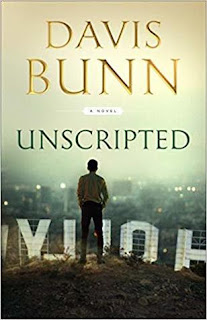 Today's interview is with an internationally-acclaimed author who has sold more than seven million books in twenty languages. He has been
honored with four Christy Awards for excellence in historical and suspense fiction and was inducted into the Christy Hall of Fame in 2014. Read on to learn about his writing journey.
Your bio says you completed seven books before your first book contract. What kept you writing despite lack of publication?
By the end of that first year of writing, I knew there was nothing else i wanted to do with my life. It really came down to developing a discipline that would see me through the hard times. And they were hard, no question.
My 'day job' had me traveling almost constantly, working in three and sometimes four different cities every week. So I pushed and struggled and finally got to where it was possible to write in taxis, airports, restaurants, planes, conference waiting rooms, even sometimes at my own desk.

That was only part of the issue. The other, of course, was how to return to the emotional state that was building inside the story. It took time, and again discipline played a role. But there was also a need to find what I call 'triggers', elements that helped me shift from the outside reality to the one I was building inside my story. 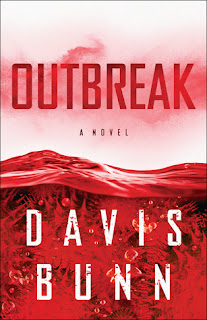 How did you go about finding your publisher?
The attendance of a conference. Straight at that first point to a publisher. But either would have worked. Finding that first contact, I can't think of a better way to do this than by arriving at a conference and meeting them face to face.

Two crucial elements, at least for me: One, I practiced how to pitch before going. Two, I had one completed manuscript and three additional concepts. Publishers don't like taking one story. They want someone who is determined to publish regularly.

You write in multiple genres from Biblical fiction to suspense thrillers and non-fiction. Which genre is the one that is the hardest to research and write?
Each one has challenges that are specific to that type of genre. The key element, for me, in shifting from Biblical to mainstream is to accept the reality of expectations. It is not merely enough to diminish the volume of faith. There has to be a strong story and characters, built around what is currently working in that genre. KNOW YOUR MARKET.

What is the hardest part of writing for you?
The discipline of writing every day. New first draft every day. Creative and productive every day. This is a joy. But it is also a job. Every day. 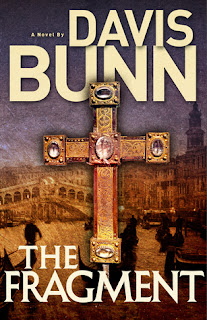 What’s the best encouragement you’ve had in your writing?
My first mentor was Arthur C Clarke. Before he took me on, he asked for two commitments: First, that I would do a minimum of one first-draft page, fresh writing, every day. There are a huge number of elements that can only be learned, or perfected, through new first drafting. Rewrites don't cut it. Second, he made me read one book, from a living author, preferably a best-seller, in my chosen genre, every week. I needed to know what is working with audiences today.

We have all experienced rejection. How have you learned to write past it?.
There is no easy way through this, at least for me. And if an author continues to grow and push at boundaries the commercial world finds comfortable, these will continue. Now that I am seeking to establish a new direction with a co-author, and writing screenplays, these rejections keep coming in. Are they worth it? I think so. But it is tough. So tough.

What do you know now about writing you wished you had known sooner?
In order to maintain my contracted delivery schedule AND have time for these new projects, I have had to effectively double my output rate. I experimented with several different methods, and over time what I found works best is to write the entire book by hand, scene by scene. I can hear the moans from your readers already, but just try it and see. 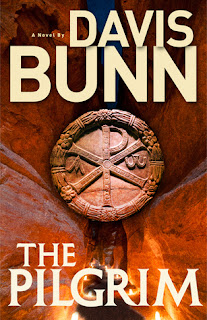 A creative person needs time to doubt. To question. To stretch and grow. Doing this straight onto the printed page - or computer page - is difficult because once it's down, you the creator become defensive about your work. This offers an opportunity to consider, to ask, to try...

The work doesn't have to be complete. it doesn't have to gel. Not then. But if I spend a couple of hours each afternoon just trying out the next day's scene, when it comes time to write, it flies. My morning sessions have taken on a fresh new power as a result. And this is not just me talking. Despite the fact that over these past few years I've been producing a minimum of four full-length projects each year, I have also earned more starred reviews and 'best book' nominations than ever before.

What is the next book coming out? Can you give me a short synopsis?
Prime Directive is being released from Severn/Cannondale on 6 July. Here are some of the details.

Raised in a community that values tradition above all else, Amanda has become a specialist in hiding herself in plain sight. She masks her ambitions, her abilities, even her physical appeal, so well that at times she fears she has lost them entirely. In desperation, Amanda takes a calculated risk and is granted the chance she has dreamed of her entire career. A scientific outpost on a planet without resources or importance has begun listing deaths at the hands of the local population as trifling incidents. Amanda is assigned the task of finding out why.
When Amanda rescues one of the planetary research team from being murdered by the indigenous race, the surviving humans declare Amanda to be their enemy and a threat to everything they hold dear. The longer Amanda remains, the more the team's responses - to danger, her presence, their very survival - make less and less sense. When Amanda uncovers the true threat, the battles in her mind are overtaken by real commando-style attacks. 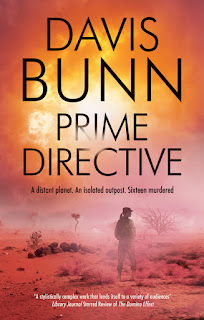 She must grapple with the daunting realization that a conspiracy is taking hold on both the internal and external levels. Can even her fellow humans be trusted, or are they just part of the global scheme? What she discovers is a world that threatens humanity with extinction, and an opportunity to remake history. Or destroy herself in the process.

In the vein of Orson Scott Card and Kim Stanley Robinson, Prime Directive invites readers to expand their perspective of interstellar life in directions which challenge the way in which they view their own.

Wow, sounds like a great page turner. If you'd like to learn more about Davis's books, here are some links to get you started.