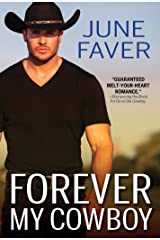 You have a line of books that are written about living in Texas. What do you think makes using Texas as a backdrop so popular with readers?
As a state, Texas comes with a lot of story already attached. We have setting> north TX ranch country; east TX is kissing Louisiana (I love that state too); south TX has the Gulf of Mexico, beaches, & Mexico right across the Rio Grande; & west TX has miles & miles of TEXAS. We have big sophisticated cities & cozy small towns. Also we have COWBOYS. <grin>

You’ve published both with traditional royalty publishers and indie-published. What are the pros and cons of each?
A dear traditionally published friend told me she had ‘gone rogue’. She said she had made more money in two months as an indie than she had in 3 years with the traditional publisher. That got my attention… but this was 10 years ago. Though I admit to being a techno-tard, she led the way & I followed her trail.
The thing is, times have changed. The issue is visibility. Now, it’s easy to publish your book independent of a traditional publisher. There are tons of indie books out there, good, bad, and in between. Its like pushing your precious creation off a cliff & watching it sink into the abyss of millions of available books. How do you let your potential readership know that you have a great book you wrote just for them? 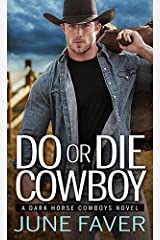 I think I got into indie publishing at the right time & I got out at the right time. I don’t intend to discourage anyone who is planning on going indie, but you have to face the fact that it will take a LOT of promotion to support your project.

Not all publishers offer an advance. I appreciate my publisher for supporting their authors by investing in us from the moment a contract is signed. I have friends whose publishers do not offer an advance & they do not seem to be making any money. Perhaps, those publishers that don’t invest in their authors aren’t that motivated to support and promote them? I don’t know the answer but I feel supported by my publisher. There is an elaborate system in place to provide each author with support & promotion.

When you indie-published how did you promote your books?
The most precious commodity a writer has is time. There is no magic wand. You have to devote lots of time to sitting in a chair with your fingers on a keyboard. Guess what? Promotion also takes time. So you must use your time wisely. For me, as an indie, I would spend the first 2 days of the month setting up Tweets that would post 1 per hour, 24 hours per day. This provided a tweet in all time zones & my international sales were pretty good. I also posted a lot on Facebook.
I traveled to conferences & did book signings there. In terms of expense, I did a few free book promotions...usually the first in a series. I learned to format my own books & create my own covers. I invested a lot of time searching for the right images for covers. It really didn’t cost much to create or promote my indies...only time. Lots of time. 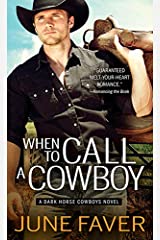 How do you defeat writer’s block?
Never had writer’s block. I have written daily for almost 14 years. This keeps me in the story. I usually have 2 or 3 projects going at the same time. If I hit a wall on one, I switch projects & keep writing.

What’s the best encouragement you’ve had in your writing?
Before I was published, I was working long hours in healthcare. I would come home & write. This was my haven, the one place where nobody needed me. When I finished ON ICE, I cried. It was like saying goodbye to my support system. I had moved away from Houston (my writing organizations & critique group) so I could care for my mother after she was released from the hospital for a GI bleed, so my day started early & ended late.
The one thing I did manage to do was enter contests. I won or placed in quite a few contests & always received feedback, so it was well worth the entry fees. At least I felt encouraged about the first 30 pages.

What has surprised or frustrated you the most in writing/publishing?
I’m not particularly surprised or frustrated. I am open to learning new things & try to be adaptable. The publishing industry is constantly changing, so I try to know what’s going on & be able to go with the changes.
What is the best writing advice you’ve received or could give?

The best writing advice came from Nora Roberts who says, “Just write the damn book!” and  “You can’t edit a blank page.” Best advice ever. 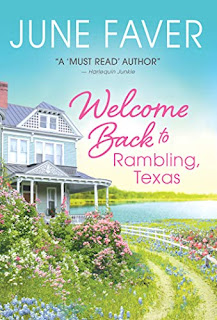 Can you give me a short blurb of your new novel, Rambling, Texaa?
Worlds collide when Reggie Lee Stafford, a home-town girl, comes face to face with the grown up version of her high-school enemy. Frank Bell is rich, he’s polished, he’s gorgeous and he has the power to destroy everything she holds dear. Reggie Lee has no idea that she’s the one who has always held the power in their thorny relationship.
That's all for today's interview. If you'd like to learn more about June's writing, here are some links to get you started.
Website: https://www.junefaver.com/
Amazon Author Page: https://amzn.to/37c5BMN
Posted by Christine L.Henderson at 7:00 AM