The Business of Writing and Creating Designs: Author Interview with Lisa Bogart 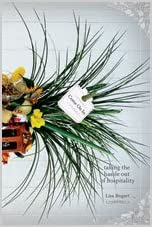 What made you decide to write your first devotional book? What was your experience in finding your publisher and getting published?
My first book grew out of attending the Mount Hermon Christian Writers' Conference. I had attended the conference for three years learning and networking. I'd been writing devotions for years before that but never knew how to gather them in a themed collection. Along with editor Judi Perry we developed the idea of a hospitality book. It was a how-to practice hospitality by concentrating on the guests and not the house and food. It became a collection of devotion like essays and stories.
I found my publisher, Beacon Hill Press, and developed a relationship with them at the writers' conference. Beacon Hill Press was a place that specialized in first time authors. Judi asked for a few chapters on spec and when they decided they wanted a whole book I was offered a contract. All without an agent. (An agent comes later in my story. I found her at Mount Hermon too.)
As a new author I was eager to please and learn. Judi and the team at Beacon Hill were willing to teach and so the publishing process for me was painless and exciting. I asked a lot of questions. And learned a lot. Patience was one of the biggest lessons. Publishing a book takes a long time, it was eighteen months before the book was on my doorstep. 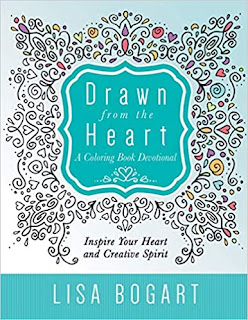 What’s the best encouragement you’ve had in your writing?
The best encouragement I received came from Ethel Herr. I'd met Ethel at Mount Hermon. She was the first professional to tell me I was a good writer. It's one thing when your mom tells you you can write it's quite another when a long time writer says you belong in the ranks of writers. Eventually there was an opening in Ethel's critique group and she invited me to join. For nearly ten years I went once a month to sit at Ethel's kitchen table and learn from others while Ethel guided us all.
You've also published devotional books are also coloring books. How did they come about?
At the time coloring was all the rage. I had been looking for my next book idea. I was a graphic designer by trade before I started writing. And as a lifelong doodler it dawned on me one day that I could write a devotion and pair it with a drawing. I took the idea to my agent, Janet Grant, and together we developed the idea.
Then Janet took the idea to the Christian Booksellers conference. Turns out with the coloring craze a lot of acquisition editors were looking for coloring book ideas at the same time. It was a perfect storm. Janet received several offers to buy the book. Worthy Inspired won the day. It was so good to work with them. I had a lot of artistic freedom. We ended up producing three coloring books. They bought the first, Drawn from Heart book and as we were working on that one they decided they wanted a worship book and a Christmas book as well. It was a very busy ten months with one hundred and twenty devotions and drawings. 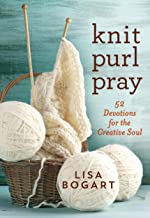 Why do you think coloring books appeal to more than just kids?
Because we never grow up. Seriously, coloring is a very accessible artform. Anyone can color and the activity brings joy. I really loved the idea of someone being able to read the words and then taking some time to color and contemplate on what they'd just read. Hopefully they got more out of both the reading and the coloring that way.

What is your process for putting your illustrations together? Is it computer generated? Or do you do it by hand?
My drawings are all done by hand. I doodle a thought and develop the idea on tracing paper. When I get it the way I like it I hand ink it, often using a light table to trace my original designs. Next I sent the original art to Bart at Worthy and he'd scan them into the computer and organize them in book form. Sometimes he'd help me out by fixing a line that was wonky or sizing something to make it fit the page better. Since we were doing so much work quickly it was nice to have the safety net of someone who could clean up a drawing that needed a fix. I haven't illustrated other books. That is a field unto itself and I haven't pursued book illustration. The coloring books were a happy accident really. 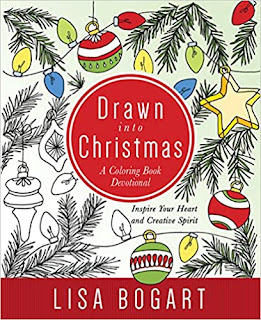 You are also an avid knitter, which is a talent I do not possess. What is the most difficult project you’ve done? What project is your favorite?
Knitting is a passion for me. In fact I've written a knit themed devotional, Knit Purl Prayer 52 Devotions for the Creative Soul. I could say the most difficult project I ever tackled was learning to knit in the first place. While it's very relaxing and I knit daily, there is a learning curve and not everyone wants to climb it.
The most complex project I've knit was e a fisherman's sweater, cabled all over the front, back and arms. It took a lot of concentration to get started yet I loved it and when it was over I missed the challenge. I almost wanted to make another one....almost. As for my favorite project I tend to make lots of things over and over. I've knit way too many elves and coffee cup cozies, not to mention men's vests and baby sweaters. These days my favorite project is my Lenten Blanket. Each year for the forty days of Lent I knit the same twelve inch square. (It's just a garter stitch using leftover stash yarn.) By the end of Lent I have 20 squares and I sew them into a blanket I donate to a homeless shelter. The project is a sacrifice of my knit time and focuses me on the season of Lent in a deep way. My knitting becomes prayer.

What do you know now about publishing you wished you had known sooner?
Publishing is a business. That seems very obvious. However when you are an unpublished author it can feel like publishing is an elite club with membership rules that are impossible to achieve. Writing a good book is only the first part. Because this is a business and not just a creative pursuit there are many things an author has to do that aren't writing. You will be expected to do a lot of marketing. That can take many forms, from speaking to social media and all manner of self promotion in between. It's a lot for sometimes shy authors. 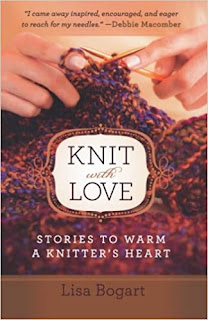 What is the best writing advice you’ve received or could give?
Pick one social media platform and get really good at it. Spreading yourself too thin wears out both you and any readers you find. And even better than social media platforms is developing your own mailing list. A newsletter of some sort will be your best way of connecting with readers. You'll find readers on social media and you'll keep them with a newsletter. Mine is called Joy comes in Mailbox. It comes out every other Saturday.

Are there any other points about writing/publishing you would like to add?
Continuing to hone your craft is the best way to move forward. Sometimes your ideas are flowing and writing seems easy and other times is a job. Either way showing up over and over again is the way you get better. Jodi Picoult says You can't edit a blank page. She's right.

What is the next book coming out? Can you give me the details?
I am just beginning a new idea. It's not fully formed yet, but I will say it marries many of my loves in one: eating, knitting, writing, and sharing joy. I am exploring how we can offer the world a spark of joy and how we each have a gift to offer. I want to help readers discover ways to be kind and spread joy. 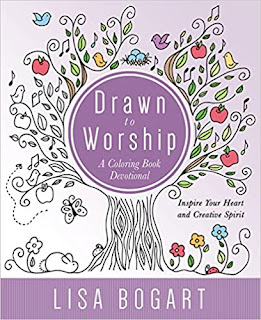 And one last note. I would encourage other writers to attend writing conferences. Unfortunately, the Mount Hermon Writers' Conference is no more. However there is a lovely alternative with many of the same names and connections and a price point that is easier on the wallet. It's the West Coast Christian Writers' Conference: https://westcoastchristianwriters.com/
The conference is February 17-19 virtual as well as in person.
That's all for today's interview. I've enjoyed learning about Lisa's writing journey and I hope you have as well. I'd also like to suggest two writers conferences I've attended, which come under the umbrella of Write His Answer Christian Writers Conference. One takes place in Pennsylvania and the other is in Colorado. Both are virtual so you won't have the additional cost of lodging and transportation. Here are the links:
https://colorado.writehisanswer.com/  https://philadelphia.writehisanswer.com/
If you'd like to learn more about Lisa's books and her newsletter, you can find that info on her website: https://www.lisabogart.com/