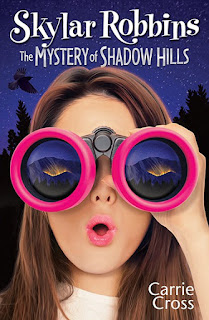 What made you decide to write for middle-grade readers? Was there any particular
author you read that made you think, I could write like that?
I decided to write for the middle-grade audience because I fell most in love with books when I was between nine and twelve years old. I couldn’t get enough of Judy Blume, and read Are You There, God? It’s Me, Margaret over and over. Zilpha Keatley Snyder’s The Changeling and The Velvet Room enchanted me. I loved The Happy Hollisters mysteries and Nancy Drew.

As an adult, when I began reading Lee Child thrillers and Robert Crais mysteries, I wondered if and hoped that I could write like them. My first manuscript, The Dark File, was an adult novel exploring the nasty side of the modeling industry, which I experienced first-hand in my twenties. This book was never published, but while I shopped it around and waited for agents to respond, I had the idea for my first Skylar Robbins mystery, which was tentatively titled, Magic Summer.

How long did it take you to write your first book? Who helped you with the editing?
One of my closest friends, Elayne Angel, is also an author, and she and my husband Ed edit the rough drafts of my novels and provide excellent feedback and critiques.

I probably worked on Magic Summer for three years before I got it into good enough shape that I decided to hire a professional editor, Beth Lieberman, to proofread my “final” draft. She gave me some excellent advice. For example, I needed to add to the setting. She characterized mine as “a barely perceptible L.A.” I revised again, she pronounced it good enough to shop, and we began looking for an agent. By this time, I had added a detective angle to Skylar’s character and had renamed the manuscript, Skylar Robbins: Secret Agent.

After several rejections, Writers House signed me. Searching for a publisher is a tedious, time-consuming, frustrating experience. Like agents, publishers do not like it if you “simultaneously submit” to more than one. They don’t want to waste their valuable time reading a manuscript, only to be told when they decide they want it that another house has already snapped it up. So, my agent submitted to one at a time, and then we’d wait between two weeks to two months for a reply. All rejections—but, and this is a big but—some came with constructive criticism. Invaluable! 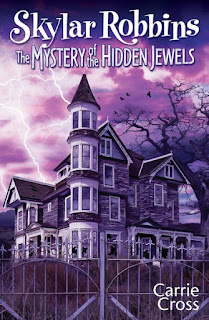 We have all experienced rejection of our writing. How have you learned to write past it?
The rejections I received from agents and publishers, one after another, was crushing. But the ones who cared enough to leave constructive criticism gave me the drive to continue to revise and to not give up on making my book series a reality. (By this time, I had started on a new Skylar Robbins novel and decided this could be a series.) Several of the publishers wrote notes to the effect of, “Great story but we have a similar MG mystery series that this would compete with.” That was better than hearing a plain, “No thanks, we’re uninterested.”

What really helped was when one publisher noted, “Good writing, but I’m afraid this story is just too straight-forward a ride.”

That got me thinking. Good writing: yes! Too straight-forward a storyline? How can I make it better? I got back to work and revised again, adding another layer to the plot.

What’s the best encouragement you’ve had in your writing?
Getting good feedback from publishers, even through rejection letters, was some of the best encouragement I’ve had in my writing career. Give me a challenge and I’ll take it. Make this manuscript less straight-forward a ride? OK! Here you go! Skylar Robbins went from a shy girl spending a nervous summer at her bullying cousin Gwendolyn’s house to a smart, savvy sleuth, hunting for clues using the tools in her detective kit. By the end of what was finally called, Skylar Robbins: The Mystery of Shadow Hills, Skylar had learned how to determine true friends from phony ones and had developed self-confidence and expert sleuthing skills.

Better than the feedback from publishers, what really made me feel validated as an author was when more than one group of kids formed their own “detective agencies” after reading my books. Even boys got interested in finding clues and looking for something mysterious—and I thought at first my novels would just appeal to girls.

What is the hardest part of writing for you? Starting? Creating a scene? Dialog? Tension, etc?
I think the hardest part of writing a novel is determining how it will end. As author Ayn Rand teaches, you must determine your story’s climax and write toward it so that every scene has a purpose. Once you have established the ending to your plot, you can come up with a rough outline of how the characters will progress toward the finale.

It’s a real challenge to determine a story’s climax before you’ve written the book, but it’s imperative that you know where the plot is leading.

You indie-publish, correct? What made you choose the indie route? What was the most
challenging part about putting together the book?
I do self-publish, through Amazon’s Createspace. After spending years trying to get an agent and more time trying to land a traditional publishing contract, I figured I’d take the plunge and do it myself.

My husband and I created our own publishing company, Teen Mystery Press, hoping that having a legitimate publishing company logo on my novels would help me get into bookstores. Bookstores and libraries shy away from self-published books as so many are poorly-written and error-filled. The Skylar Robbins series is in several stores and a handful of libraries, but the bulk of my sales comes from Amazon.

The most challenging part of putting together the book was revising over and over until I was satisfied with it. My husband, Ed Ward, is a graphic designer, so he does my cover art and interior design. Shameless plug: www.mental-ward.com. 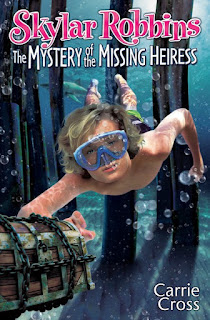 You’ve got a great looking website. Who put it together for you? What are some of your marketing tips that you would like to pass along?
Thank you! Ed designed my website, too. I have a section on my site, www.carrie-cross.com, called Advice for Aspiring Writers, where I share writing advice. My number one marketing tip is: advertise. Every month I reinvest whatever I’ve earned from my book sales into ads on Goodreads, Facebook, Bookbub, and other sites. No one is going to look for a self-published book by an unknown author. You need to use every possible social media platform to get your name and your work out there. I’ve run contests on Facebook, giving away toy binoculars for the most shares on my book posts.

I’m currently writing a mini-sequel to Shadow Hills called Gwendolyn’s Revenge, and I'm inviting Skylar fans to help co-write it with me. I have a Secret Agent Application form on my website and recently had my 50th Secret Agent sign up. These kids are encouraged to help Skylar figure out clues in future novels and post their guesses on my site. Several of Skylar’s Secret Agents are mentioned (using their code names) in book 2: Skylar Robbins: The Mystery of the Hidden Jewels.

What do you know now about writing that you wished you had known sooner?
I would say that I wished I had self-published sooner, but then I never would have gotten the feedback I needed to hear from the agents and publishers who rejected my work. Authors should look at rejections as learning experiences and as opportunities for growth and improvement.

What is some of the best writing advice that you’ve received or could give?
The best advice I could give fellow authors is, “Revise, revise, revise!” Don’t submit your work until it is as perfect as can be. You only get one chance to impress a prospective agent, publisher, or reader. Make sure your work is error-free and polished. And never give up. If you can’t get a traditional publishing contract, do it yourself. As Calvin Coolidge said, “Persistence and determination alone are omnipotent.”

What is the next book that will be coming out? Can you give me a short synopsis?
In my third Skylar Robbins mystery, The Mystery of the Missing Heiress, Skylar teams up with a brilliant would-be spy, Daniel Gannon, to solve the mystery. He is pictured on the cover, swimming under the Santa Monica pier, searching underwater for a locked box containing a clue.

By the end of book 3, Skylar and Daniel decide to partner up again and plan to take a field trip to a mysterious island called Koma. In my next book, Skylar Robbins: The Curse of Koma Island, Skylar and Daniel must determine the meaning of a strange Koman idol. The locals are desperate to frighten the kids off the island before they discover the truth. I hope to publish Koma Island by the end of 2018. 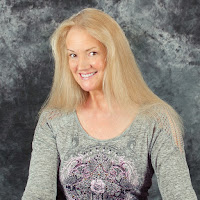 Sounds like an intriguing mystery! If you’d like to learn more about Carrie’s writing and her books, start with the following links below.
(Please note you will have to do a cut and paste on these links as I am having issues with Blogger allowing me to do direct links.)